Surrounded by chemicals in southern Ontario

Our Grandfathers Were Chiefs by Laurence Butet-Roch 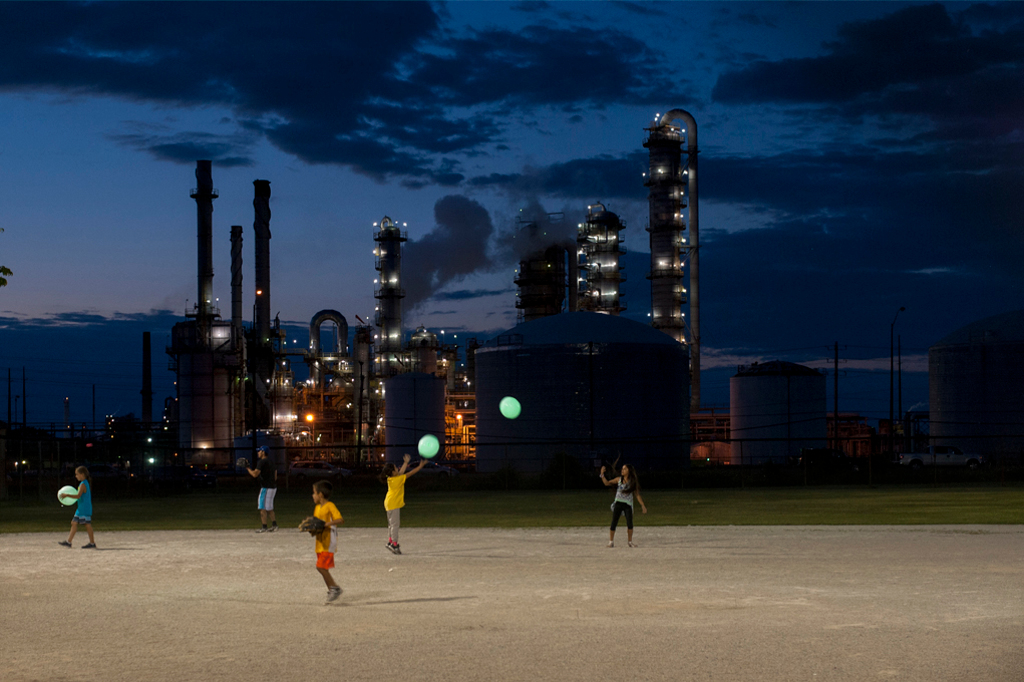 1 / 13 Kids play with glow in the dark beach balls in the gathering space located across from the Arlanxeo synthetic rubber plant while waiting for fireworks to start. The community was celebrating Solidarity day, also known as National Aboriginal day in Canada (June 21st), which was instituted 20 years ago, roughly 14 years after the Assembly of First Nations called for it. Still, it is not a statutory holiday (except in the Northwest Territories). June 2016.

Our Grandfathers Were Chiefs

Periodically, photographers take over the Maclean’s Instagram account. Here’s the story behind Our Grandfathers were Chiefs, a collection curated by Laurence Butet-Roch.

I’m Laurence Butet-Roch (@lbutetroch), a member of the Boreal Collective (@borealcollective), and I’m sharing photographs from my work with the Aamjiwnaang First Nation in Southern Ontario, where over 850 Anishinabek people live surrounded by 46 petrochemical industries.