The Arctic Winter Games: These photos capture the drama and excitement of the games 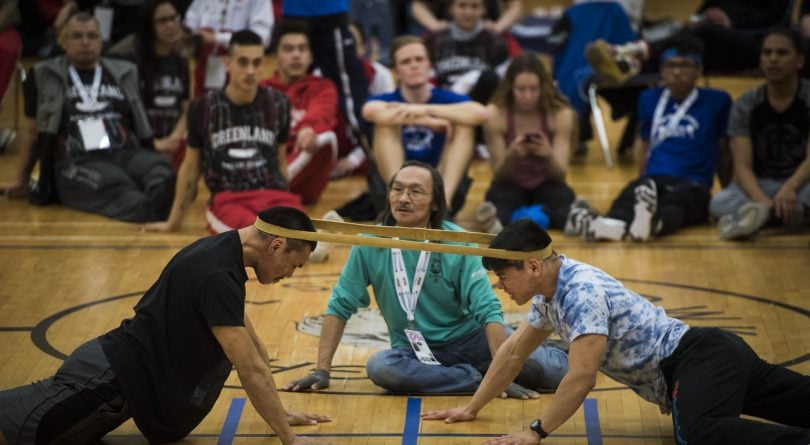 In the Head Pull event, athletes try to pull a moosehide strap off their opponent, a test of their shoulder and neck strength. (Photograph by Pat Kane)

The biennial event got its start when a contingent from Canada’s north competed at the Canada Games in the late 1960s and got trounced by the more wealthy and populous provinces to the south. To level the playing field and give their athletes a chance at success, a small group of politicians and coaches organized a games where northern athletes could compete “on their own terms, on their own turf.” One of the founders, Stuart Hodgson, called it “the best idea since 7-Up.” The first instance of the Arctic Games took place in Yellowknife in 1970, with Prime Minister Pierre Trudeau in attendance. Since then, athletes from the Circumpolar North have gone on to compete (and win) at national and international events, including the Olympics.

Photographer Pat Kane covered the 25th Arctic Winter Games in the towns of Hay River and Fort Smith, Northwest Territories. Here’s his photo essay from the games which ran from March 17-24. 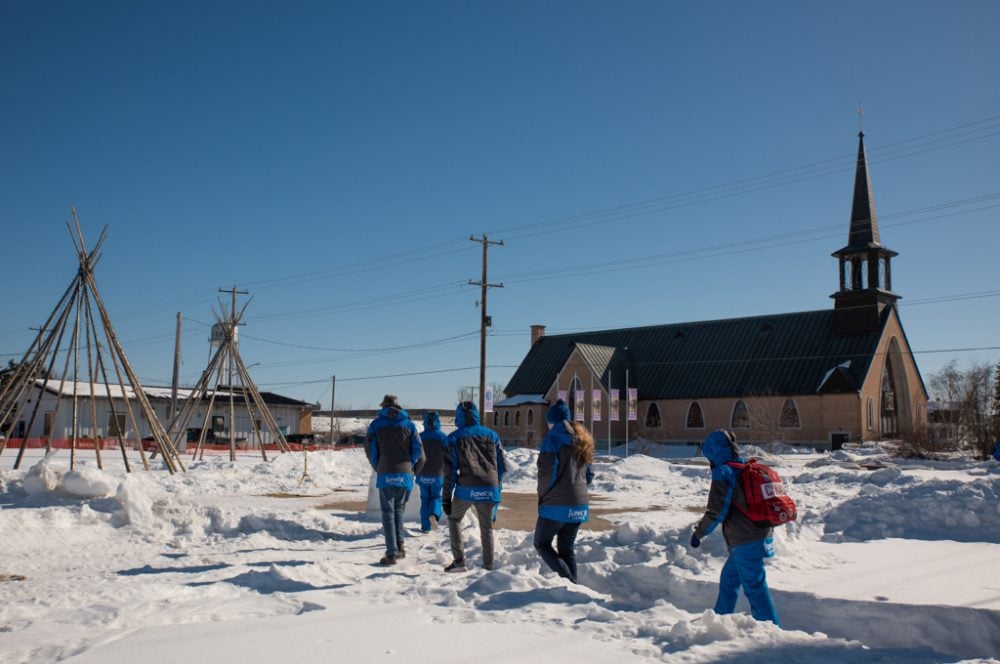 A group of athletes walk to events in the small town of Fort Smith, Northwest Territories.