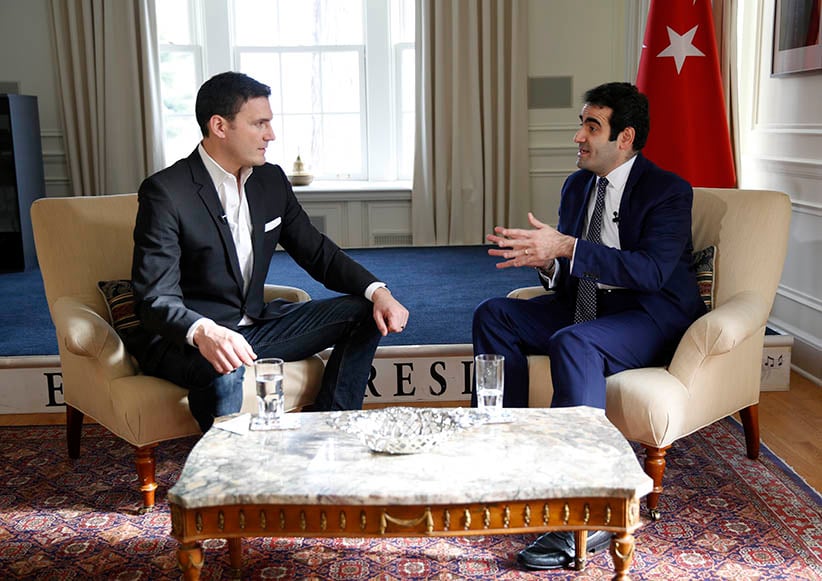 Evan Solomon speaking with the Turkish Ambassador to Canada. (Photograph by Blair Gable)

Russian President Vladimir Putin called it a “stab in the back” and likened Turkey to terrorist accomplices. Turkey, a NATO ally, says it was defending its airspace beside the Syrian border.

Where does this go from here? Maclean’s sat down with the Turkish Ambassador to Canada, Selçuk Ünal, to discuss what happened and where this tense standoff is heading.