A sneak peek into the real life of Miss P 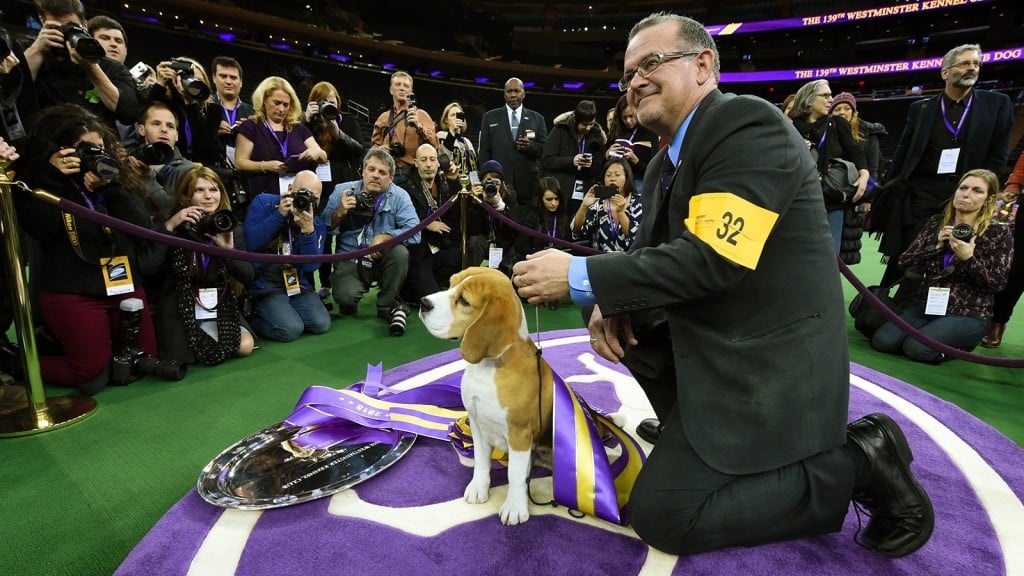 No one quite saw it coming. Miss P, the beautiful beagle from Enderby, B.C., took this year’s Westminster Kennel Club dog show by storm, winning Best in Show honours in early February. “I could tell she was aware that the whole world was watching her,” William Alexander, her Canadian handler, tells Maclean’s.

Of course, Miss P’s triumph at dog breeding’s top competition tells only part of the story. It’s not all glamor and glitz—as proven by Miss P’s busy schedule in the days that immediately followed her big win. “Miss P is a combination of athlete and supermodel,” says Alexander. “You have to make her beautiful, and you have to make her fit and in shape.”

Rachel Browne spent a day with Alexander in Woodstock, Ont., where a triumphant Miss P visited, now facing a brand-new challenge: motherhood. A full interview with Alexander about Miss P’s incredible victory will be available on Next Issue and digital editions on Wednesday, on newsstands Thursday, and on macleans.ca.