A dark day in Kabul, calls for a public health agency probe, and Sunny O'Toole

Politics Insider for Aug. 26: Canada's leaves thousands behind in Afghanistan; the return of Ruth Ellen Brosseau; and could Singh back O'Toole? 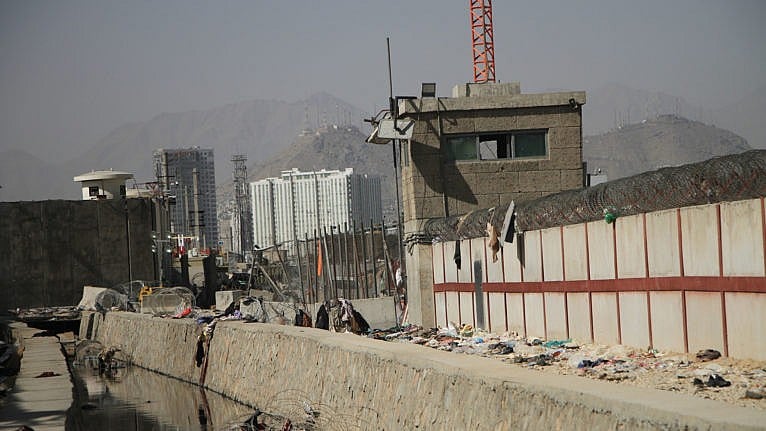 Photo taken on Aug. 27, 2021 shows the explosion site near the Kabul airport in Afghanistan. The death toll from the Kabul airport attacks on Thursday has reportedly risen to at least 103. (Saifurahman Safi/Xinhua via ZUMA Press)

The last Canadian evacuation flight from Kabul took off on Thursday, hours before a suicide bomb killed 12 American troops and dozens of Afghans. With no more flights, thousands of Canadian nationals and Afghan refugees face an uncertain fate, the Globe reports. The flights stopped because the U.S. needed the runway to withdraw 5,800 U.S. troops before its Aug. 31 deadline, said Acting Chief of the Defence Staff Wayne Eyre.

“I understand the heartbreak of those who were not able to get out,” said Justin Trudeau.

Opposition leaders attacked him, CTV reports. Erin O’Toole: “Mr. Trudeau has wasted months with inaction and has now put us into an election when the situation has been in chaos. It’s heartbreaking and that’s another reason why we need leadership.” Jagmeet Singh: “It’s sad to say that Canada has failed and Justin Trudeau knew about this problem, knew about the concerns and didn’t act in a timely way and as a result there’s going to be lots of people now that are pretty desperate and not sure what’s going to happen to them.”

Kevin Newman, writing for the Line, has a gut-wrenching account of one family’s attempt to get on the last plane. At the time of writing, it was not clear whether they survived the bombing, which took place near where they had been waiting.

In the Globe, John Ibbitson observes that all this bad news could pose electoral problems for Trudeau, whether or not it’s his fault.

Would the rescue mission be proceeding any differently, were Mr. Trudeau and his ministers at their desks focused relentlessly on the airport in Kabul rather than campaigning? Who knows? But Liberals now face a trifecta of accusations: that they called an unnecessary election, that they called it even as a fourth wave of COVID-19 infections gathers momentum, and that they called it while a humanitarian crisis worsens in Afghanistan.

Ontario PCs on sidelines: Doug Ford has told his cabinet ministers not to campaign for federal Conservative Leader Erin O’Toole. The Globe has the scoop.

Mr. Ford’s cabinet members are being told that if they attend a community event at the same time as any of Mr. O’Toole’s candidates, they are not to post any photographs or digital evidence to social media, according to one of the sources. The source said Mr. Ford and his team have no desire to enter the political fray over contentious issues such as vaccine passports …

The Star reported on Aug. 16 that Ford and Trudeau had agreed to a campaign truce.

Flags still down: Erin O’Toole said Thursday it’s time to raise the Canadian flags that have been at half-mast since May, when unmarked graves were found near the grounds of a B.C. residential school, the Canadian Press reports. “I think to recommit to Canada we have to be proud of Canada,” O’Toole said. Garrison Settee, the grand chief who represents northern First Nations in Manitoba, said putting the flag back up now would be premature.

Ryerson out: On Thursday, Ryerson University announced it will change its name, the Star reports. It is named for Egerton Ryerson, one of the architects of Canada’s residential school system. Protesters tore down his statue in June.

In the Globe, Tanya Talaga laments that Indigenous issues haven’t featured prominently in this election.

Once again, the urgent reality of Indigenous inequity in this land of plenty is not the main focus of a federal election campaign–one that no one wanted, in the heat of summer, as a variant of COVID-19 spreads and wildfires continue to burn in the West. I will never understand why those who purport to lead this country fail to look clearly at the reality of genocide and confront it head-on.

Probe sought: The Conservatives are asking for an investigation into whether there was “political interference” behind the decision by the Public Health Agency of Canada to freeze COVID-19 briefings during the election, Global reports.

Another crack at it: It looks like Ruth Ellen Brosseau, previously the accidental MP for Berthier–Maskinongé, is going to announce today that she will seek her old job back, La Presse reports. English version.

Could Singh back O’Toole? Global’s David Akin has an interesting piece speculating on whether Singh might be open to working with O’Toole in the event that there is a minority government.

Singh, when asked Wednesday here, did not — as he did in 2019 — rule out working with the Conservative leader. He now sounds as if he is keeping all his options open should he be leading a minority government or working with one as a supporting partner. Singh did tell the Toronto Star‘s editorial board in February, though, he would not work with O’Toole.  But now, he’s less equivocal. “We’ll look at that when it happens and make decisions that are in the best interest of Canadians,” Singh said Wednesday.

Sunny O’Toole: In Maclean’s, Andrew MacDougall points out that, so far, O’Toole has projected a more cheerful tone than Trudeau.

Bar the wonky Willy Wonka web ad from the Conservative war room at the onset of the campaign, the Conservatives—and O’Toole himself—have kept things largely above the belt. To the point where O’Toole could credibly decry the Liberal importation of ‘American-style’ politics into Canada following Chrystia Freeland’s foray into half-cocked hatchet jobs. We’re in bizarro land.

Is it time for Liberals to panic? The Star checks in with nervous nellies, and Susan Delacourt has a useful history lesson, reminding readers of election campaigns in the past when Liberals hit the panic button.