After 9/11, Brennan Basnicki is living his father's legacy

Basnicki sees his father Ken, whom he lost at 16 on 9/11, reflected in his life to this day: 'Apparently, everything I do is similar to him,' he says 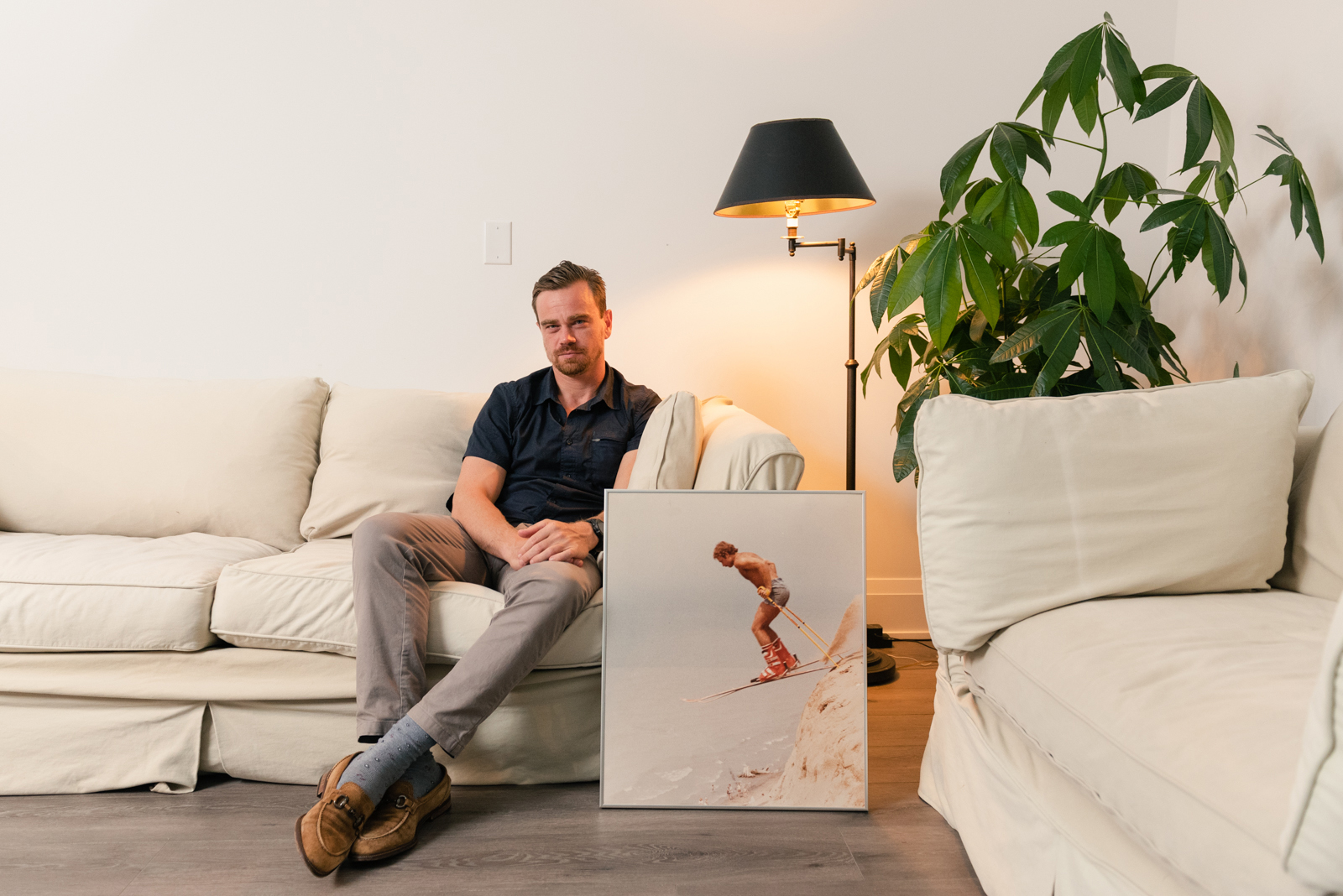 Brennan Basnicki with a photograph of his father, Ken, sand skiing.(Photograph by Lucy Lu)

When Brennan Basnicki was a teenager he met with a guidance counsellor at the University of Western Ontario to help pick out courses for the second year of his undergraduate degree. As they looked over the classes he’d enrolled in his first year, the guidance counsellor paused to ask him what, exactly, was his major.

Looking back, Basnicki admits he probably wasn’t the best student at the time—but explains he lacked guidance in his younger years. “My dad would have been the person I would ask for direction—probably still to this day,” says Basnicki, now 36 years old. “There wasn’t really anyone in my family or friends who filled that void.”

Basnicki was 16 years old when his father, Ken, was out of town for a conference on the 106th floor of the World Trade Center’s North Tower on Sept. 11, 2001. His mom, Maureen, never returned to her job as a flight attendant. Brennan meanwhile, ended up moving all over the world—for work or school—from Ontario to Scotland to Illinois to New York City, then Portugal, and finally back to Canada again.

His tuition at Western was covered by the U.S.-based Families of Freedom Scholarship Fund for children and spouses of 9/11 victims. He graduated with a politics degree in the middle of the Great Recession and that’s when reality hit him hard, he says. “I really had nothing to offer the world in terms of education or experience.”

He left for Scotland a few years later—thanks in part to another university scholarship dedicated to children of 9/11 victims—where he finished a masters in investment analysis at the University of Sterling. That degree helped him land a job in Springfield, Illinois with the state teacher’s pension plan, a great job opportunity, he says, but for a single guy in his 20s, “an undesirable place to live.” When he was offered a job in New York City three years later he leapt at the opportunity.

Living close to Ground Zero turned out to be “slightly easier—or more normal, maybe,” Basnicki says. “Everyone dealt with 9/11 to a larger degree than people outside of New York.”

His mom visited nearly every month, in part because of her volunteer work as a docent at the Tribute Centre. She has also dedicated herself to advocacy work since 9/11, founding the Canadian National Day of Service Foundation and co-founding the Canadian Coalition Against Terror to help with victims of terrorist attacks. “Her life continues to be focused around 9/11,” Basnicki says.  “I can’t have dinner with her without it coming up, to be honest.”

RELATED: ‘Hatred thrives when there is fear’: What David Adeeb has learned since 9/11

Meanwhile, living in New York reignited Basnicki’s love of outdoor adventure—something he inherited from his father—be it kitesurfing, mountain biking or skiing. “My mom and dad actually met on a beach in Collingwood, Ont., where he was windsurfing.” Basnicki looked back fondly on the frequent ski trips with his parents and sister when they were younger, so he left his New York City job in 2018 for the European coast to launch an adventure travel search platform called Ripatrip.

“I lived in a Portuguese version of this stereotypical Silicon Valley startup house,” he says. “We were starting to make good progress, but running out of money. COVID was the final nail in the coffin. I was on the second last flight out of Portugal.” Back in Canada, seeking a new job in the middle of a pandemic, his experience as an entrepreneur coupled with his background in investment helped land him a job with the Canadian commodity trading firm Auspice Capital. Basnicki points out one of his first tasks on the job was to represent the company at a conference—something his dad was doing on 9/11.

“A comment I always get is that I’m essentially an identical version of my dad, whether we look the same or act the same,” he says. “Apparently, everything I do is similar to him.”