AstraZeneca vaccines: Why are some countries suspending its use?

Vaxx Populi: There have been reports of blood clots in some recipients. But in the absence of evidence they were caused by the vaccine, some experts think this move is overly cautious. 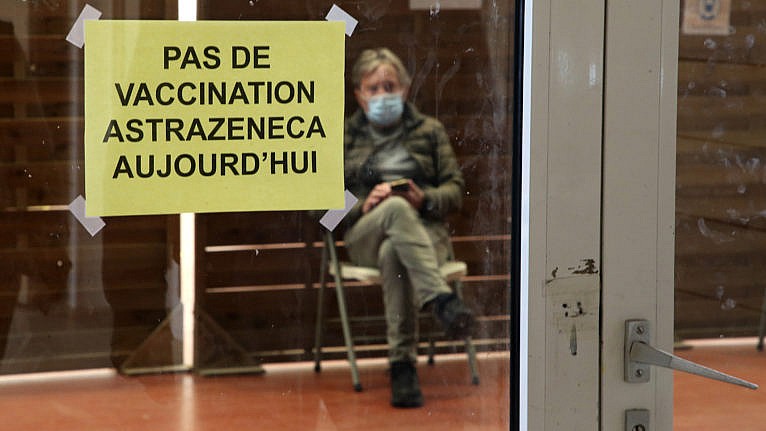 Update: On March 18, the European Medicines Agency stated that the AstraZeneca COVID-19 vaccine “is not associated with an increase in the overall risk of blood clots.” Furthermore, the EMA committee conducting the preliminary review “was of the opinion that the vaccine’s proven efficacy in preventing hospitalization and death from COVID-19 outweighs the extremely small likelihood” of developing two rare blood clotting disorders.

As Canada ramps up its vaccination program, a growing list of countries in Europe are scaling theirs down—at least, for now. Last week, Austria, Denmark, Norway and Iceland temporarily halted their use of the AstraZeneca vaccine amid reports that some people developed blood clots after getting that particular vaccine. As of now, nearly 20 European nations, including Germany and France, have suspended use of the AstraZeneca vaccine.

At the same time, governments are urging people not to assume that such actions mean there is definite proof of a link between blood clots and the vaccine. On March 14, as the independent National Immunisation Advisory Committee of Ireland recommended a “temporary deferral of the administration of the AstraZeneca vaccine,” it also said that “the possible relationship between these events and the [vaccine] is uncertain and is being investigated.”

Some experts have questioned whether such large-scale precautionary moves are needed, especially as the number of instances are extremely low and the risks in this pandemic are well-known. As well, AstraZeneca accounts for more than 15 per cent of COVID-19 vaccine orders in Europe, which already has a faltering immunization effort amid a third wave of COVID-19 cases, reports the New York Times.

RELATED: How many people a day could Canada vaccinate when going full-tilt?

On Monday, Dr. Bonnie Henry, B.C.’s provincial health officer, said, “We have to remember as well that 17 million doses of AstraZeneca have been given [and], so far, 37 cases of blood clots have been detected. That’s lower than what we might see, even in the general population, without vaccination.”

Those 37 cases that Dr. Henry mentioned are known because health authorities around the world are tracking any possible post-vaccination side effects, as they do for medicines, medical devices and diagnostic tests (in Britain, this tracking system is called the Yellow Card Scheme). “So far across the  EU and U.K., there have been 15 events of DVT [deep vein thrombosis] and 22 events of pulmonary embolism reported among those given the vaccine, based on the number of cases the company has received as of March 8,” explained AstraZeneca on March 14, at which time more than 17 million people in Europe and Britain had received the firm’s vaccine.

Germany’s Paul-Ehrlich-Institut (PEI) has given some details of incidents in that nation, which were flagged as a pattern in its post-vaccine surveillance data, including of the approximately 1.6 million Germans immunized using the AstraZeneca vaccine. As of March 15, it has information on seven cases of a “specific form of severe cerebral venous thrombosis associated with platelet deficiency,” Jess Rohmann, a Berlin-based scientist, translated from the linked PEI document in a long, technical Twitter thread. Those seven people were between 20 and 50 years old and three died, and all cases occurred four to 16 days after their AstraZeneca shots.

The question that experts are asking is: Are the blood clots caused by the vaccine or are they a coincidence? After all, statistics show that some of those same millions of people would have gotten blood clots whether they had the vaccine or not.

Certainly blood clots can be serious, even fatal, depending on where they develop or travel within the body. And seniors, who often have underlying conditions, can be at higher risk of blood clots. As Thrombosis Canada explained on March 11 when it commented on the European precautionary moves, “Thrombosis is a common medical problem, especially in older people. It is therefore likely that some people who receive a vaccine will, at some point, in the future develop a blood clot for reasons that are not related to the vaccine.”

AstraZeneca points out that the current number of reported blood clots is “much lower than would be expected to occur naturally in a general population of this size and is similar across other licensed COVID-19 vaccines.” Also, as the Guardian pointed out, 38 cases of blood clots involving people who have received the Pfizer vaccine have been reported through Britain’s Yellow Card Scheme.

Penelope Ward, a professor of pharmaceutical medicine at King’s College London who has reviewed data collected by the U.K. medicines regulator, said the number of reports of blood clots among recipients of the Oxford/AstraZeneca vaccine was still comparatively low. “In the U.K., about 165 people a day might suffer a thrombotic episode, some of which will be fatal,” Ward told the Financial Times. “In contrast, the number of reports from the ongoing vaccine programme in the U.K. and EU, which includes [more than] 20 million individuals vaccinated to date, is just 37. By chance alone, at least 15,000 such events might have been expected from a population of that size.”

Yet, as Rohmann explained, the number of cases in Germany “was found to be statistically significantly higher than the number of cerebral venous thrombosis that normally occurred in the general population,” according to the Paul-Ehrlich-Institut, which consulted with medical specialists who “unanimously agreed that a pattern could be recognized here and a connection between the reported cases and the AZ vaccination ‘was not implausible.’ ” So, the investigations continue.

The European Medicines Agency also hasn’t found a causal link and, while stating that it is looking into the blood clot issue, it said that it “currently remains of the view that the benefits of the AstraZeneca vaccine in preventing COVID-19, with its associated risk of hospitalization and death, outweigh the risks of side effects.”

On Tuesday, Canada’s National Advisory Committee on Immunization, which is in constant contact with regulators around the world, reversed its earlier recommendation and now advises that those 65 and older be given the AstraZeneca vaccine, because the vaccine’s phase three trials included few seniors. “There is now real-world evidence from the United Kingdom who has been administering the AstraZeneca vaccine to people 65 years of age and older. This evidence demonstrates high safety and effectiveness of the AstraZeneca vaccine in older adults, particularly against severe COVID-19 disease and hospitalization,” NACI explained.

As experts determine whether the blood clots can be definitively linked or not to the AstraZeneca vaccine, there is one disease which carries a relatively high risk of blood clots: COVID-19. Michael Fralick, a scientist at the University of Toronto, did the math on Twitter, aided by a study he co-authored earlier in 2021 in the Canadian Medical Association Journal: “The available data suggest that among 5 million people who received the AZ vaccine, 30 developed a blood clot. So, 30 in 5 million. Our research team has shown that among those with COVID about 2% developed a blood clot. So about 100,000 in 5 million.”