Canada braces itself for the latest federal COVID projections

Politics Insider for Nov. 20: Theresa Tam and Justin Trudeau react to new COVID models, the RCMP reacts to yet another scathing report and how to throw a scammer off-script 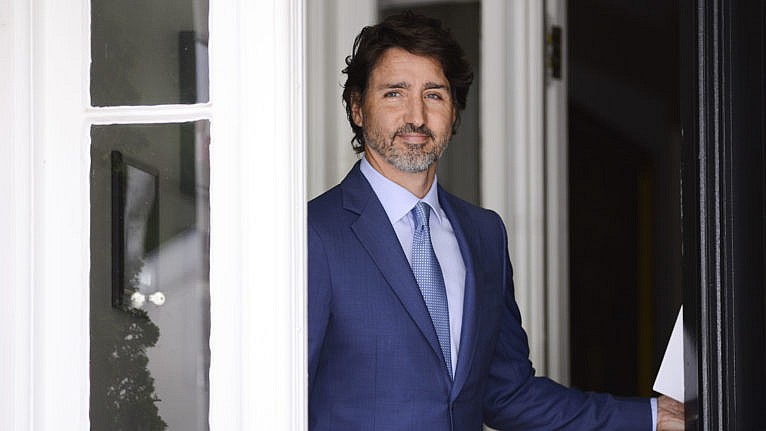 This morning at 9 a.m., Theresa Tam showed the country sobering COVID-19 infection projections. CBC News reported yesterday that Tam’s numbers would say cross-Canada infections could hit 60,000 a day in a worst-case scenario in which per-person contacts increase. The second-worst line on the graph, which models growth if we all maintain our current contacts, will see infections rise to 20,000 a day. The best-case scenario, with reduced contacts, drops under 10,000.

At 11:30 a.m., Prime Minister Justin Trudeau will hold a press conference in front of Rideau Cottage—perhaps a throwback to the daily updates he held in front of his residence for most of the spring (his last presser on those grounds was way back in July). Yesterday, Trudeau and Tam briefed opposition leaders on the data you’re seeing today.

Canada’s national police force reacted to another in a long line of devastating assessments of its work culture. In a withering new report, former Supreme Court justice Michel Bastarache concludes that culture “is toxic and tolerates misogynistic and homophobic attitudes amongst its leaders and members,” resulting in “incalculable damage” to its victims. Bastarache said change is “essential,” but the RCMP isn’t up to the job and reform “must be initiated from external sources.”

The Mounties’ response acknowledged the “devastating impacts caused by experiences of harassment and discrimination in the workplace,” and admitted change “will only occur if it is meaningful, holistic and addresses the underlying systemic factors.” In his own response, Public Safety Minister Bill Blair said he told RCMP commissioner Brenda Lucki that “unacceptable patterns of behaviour must end, now.”

Another climate plan: The Liberals yesterday tabled a new bill to pave the way for net-zero carbon emissions by 2050. The new law would compel the feds to table progress reports on the cutting of emissions, and consult experts and the broader public. The federal sustainable development watchdog would also assess the government’s efforts at least every five years. Tory MP Dan Albas was predictably disappointed, saying the Liberals “continue to make new environmental commitments while failing to meet their previous climate promises.” Anna Kanduth, a research associate at the Canadian Institute for Climate Choices, said the bill is “not just another target-setting exercise”—but a new accountability framework is not a “silver bullet.”

After the NDP failed to convince the House of Commons to endorse a wealth tax on income in excess of $20 million, Abacus Data polled Canadians on the issue. The result? Almost eight in 10 respondents supported the idea, and nearly two-thirds of Conservative voters said the same. Scott Brison, the former president of the Treasury Board, dismissed Abacus’s work as “meaningless, populistic polling” that amounted to an exercise in class warfare. (The NDP’s motion was a little more complex than simply pitching a wealth tax. And its critics said it lacked an actual plan.)

StatsCan reported on how desperate Canadian companies have spent their federal pandemic loans. The data say that almost 30 per cent of Canada Emergency Business Account funds covered payroll costs. Almost half of respondents received both the CEBA and a wage subsidy. Just one in 10 businesses said they “could have maintained operations without CEBA.”

Yesterday’s conflict-of-interest foofaraw du jour involved Conservative MP Michael Cooper‘s office. Cooper has employed Pierre Poilievre’s wife, Anaida, for the last five years. At a press conference, CBC’s Ashley Burke asked Cooper if, given recent headlines about sketchy hiring practices on the Hill, he’s planning to make any staffing changes. Cooper said he was proud of his staff. Anaida Poilievre, who’s worked on the Hill for more than a decade, took exception to the question—and defended herself on Twitter.

In other company town news: The nation’s capital is a place where people with common interests sometimes do what people do—they become romantically involved and then work in the same world. Such was the case with Marlo Raynolds, the chief of staff to Environment Minister Jonathan Wilkinson, who recently agreed to a conflict screen. Raynolds’s partner is a gender and climate policy advisor at Oxfam Canada. There’s nothing unethical to see here; in fact, quite the opposite. But in spite of Allan Fotheringham’s timeless jab that Ottawa is the city fun forgot, people here do manage to fall in love.

You’ve probably been on the receiving end of innumerable attempted phone scams from people pretending to be from a federal department. Have you ever tried to call them out for their slapdash exploitation? Your newsletter correspondent managed to keep a “Service Canada” scammer on the phone long enough to ask key questions about their employer. Here’s what happens when you force a scammer off-script by asking them to identify Canada’s PM.