Canada must confront its own white nationalism

Charlottesville showed the world that white nationalism is on the rise in the U.S. But Canada is no safe haven, writes Janaya Khan. 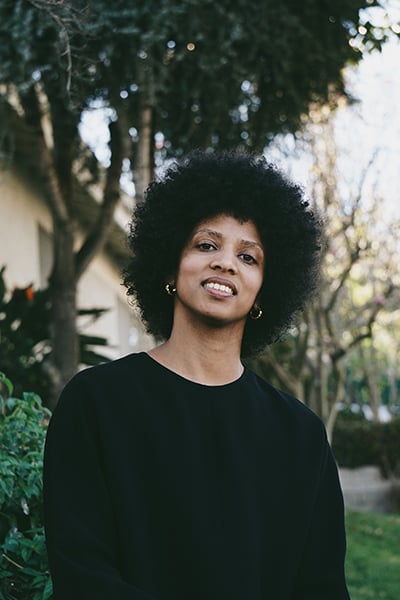 White nationalism is on the rise across North America—and Canada is no exception. Recently in Charlottesville, VA, hundreds of white men and women took to the streets claiming to protest the removal of the statue of Robert E. Lee, a general from the Confederate army, a slaveholder and a racist icon.

Calling their march “Unite the Right,” they carried torches, wore swastikas, waved the Confederate flag, donned KKK cloaks, yelled “blood and soil,” and trapped a group of people and clergy in a church, including Cornel West and Reverend Dr. Traci Blackmon, who feared for their lives.

Faith Goldy, a prominent voice for Rebel Media, a Canadian far-right online platform with extremist and white supremacist views, was there in Charlottesville that day. The 28-year-old Canadian’s usual brand of hateful speech was overshadowed by the absurdity of referring to the atrocities and violence by white nationalists in Charlottesville as a rising “white racial consciousness.”

The Rebel’s presence at the rally was enough to compel Brian Lilley, one of its co-founders, to announce on Monday that he’s leaving the conservative media website. In a message posted to Facebook he said he “no longer feel[s] comfortable being part of the group.” His reasons? “What may have started as a concern over the harsh tone taken on some subjects came to a head with this weekend’s events in Charlottesville, Virginia. What anyone from The Rebel was doing at a so-called ‘unite the right’ rally that was really an anti-Semitic white power rally is beyond me. Especially not a rally dedicated to keeping up a statue of Robert E. Lee, a man that whatever he stood for, also fought on the wrong side of history and the wrong side of America’s bloodiest conflict.”

The events in Charlottesville are disturbing and tragic, and the Trump Administration has emboldened racists throughout the U.S.—but Canada has a rising tide of white supremacists within its own borders that is growing in power.

Canadians have a deep investment in seeing themselves as more enlightened than their counterparts to the south, as if racism and bigotry suddenly stop at the U.S./Canada border. But the racial haven narrative of Canada is a myth, and the idea that anti-Semitism, racism, Islamophobia and anti-immigrant hatred is “not as bad” as in the States is a dangerous one.

Groups like the Proud Boys in Halifax, the Aryan Guard in Alberta, Blood and Honour Canada, the Canadian Nationalist Party and the Heritage Front are just some names in a wildly under-researched network of people in Canada who either fully identify as white supremacists or refer to themselves as white nationalists and the alt-right.

It is integral to note that white nationalism and the alt-right adopt white supremacist thinking, but deny white supremacist identities. This denial has allowed for the normalization of ideas that would be rejected or considered extremist in other contexts.

White nationalism has been so successful, in part, due to a lack of critical engagement of race relations in Canada. The inability to talk about racism, further complicated by the denial of its pervasiveness in the country, has created a void that made space for right-wing extremists to co-opt the language of the left—like the need for “white racial consciousness” and the term “conservative” being equated with “nigger”—because they don’t actually have experiences of racial or national oppression to draw from.

White men, in particular, have claimed that there is an attack on free speech—when in reality there is a deep desire to preserve and protect their code of hate speech—all the while expressing themselves in terms of being oppressed. In reality, the most consistently “oppressive” thing to happen to white men in Canada is political correctness.

Much white nationalist rhetoric is centred around the idea that white men are losing their voice. But the truth is that white men aren’t losing their voice; theirs just isn’t the only voice out there anymore. Across North America, women, people of colour, Muslims, immigrants, Black and Indigenous people are telling their stories, creating new platforms and challenging social norms.

What happened in Charlottesville will act as a blueprint to white nationalists across the globe feeling empowered by acts of violence and chaos. White Canadians who believe in justice have got to show up and push back against white supremacy as fervently as those far more vulnerable do every day.

When it comes to fighting against white supremacy, it’s not just what you stand for, it’s who you sit with. Conversations need to be happening in homes, at work, in schools and in churches on equity, liberation and how important it is to fight against hatred and bigotry when it shows itself.

Canada has an opportunity to embody the narrative of being different that was claimed but never earned. White nationalism will either be a chapter of Canadian history denounced for its hatred, or it will build on a history of denial and white supremacy already a part of the national narrative.

Janaya Khan is a lecturer, author and co-founder of Black Lives Matter – Toronto.