The politicians, activists, celebrities, athletes and writers that will make a splash in one way or another in the coming year 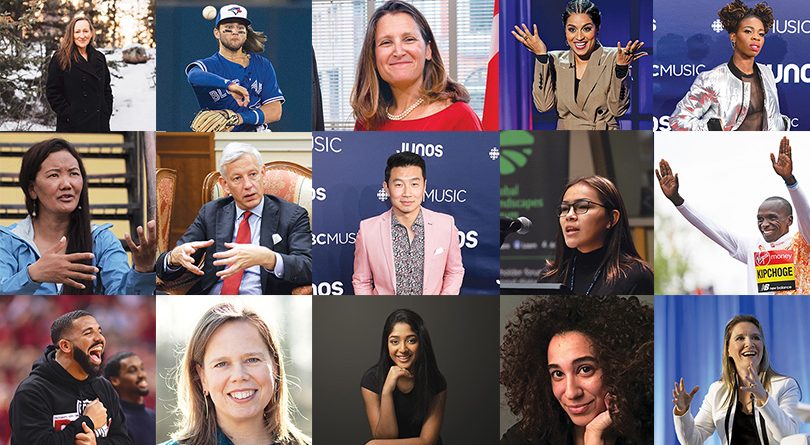 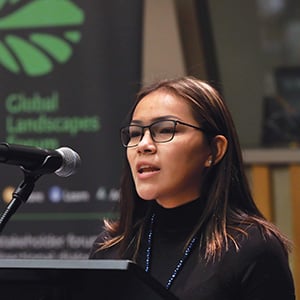 The 15-year-old Anishinabek Nation’s youngest-ever chief water commissioner was this year’s only Canadian nominee for the International Children’s Peace Prize and, like Greta Thunberg, has addressed the UN. As youth-led climate strikes continue globally, Peltier’s voice will undoubtedly be one of the most crucial. 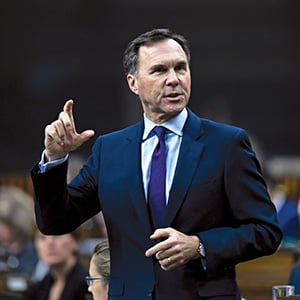 Finance ministers tend to have long tenures. Think Michael Wilson, Paul Martin, Jim Flaherty. Now, Morneau joins that list. Yet he still has a lot to prove. Can he keep the lid on deficits as the exigencies of a minority government put upward pressure on spending? An economic slump might also put Morneau to the test in the life of this Parliament. 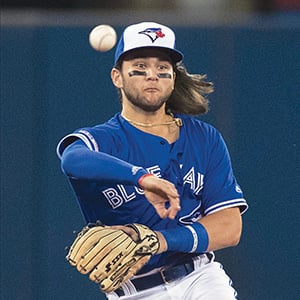 Bo Bichette, the young baseball phenom who broke out with the Toronto Blue Jays in 2019, ended his season with a concussion. But his fan base fell in love with his sweet swing, flashy fielding and flowing auburn locks. A healthy Bichette is far from being at his peak. Expect big numbers. 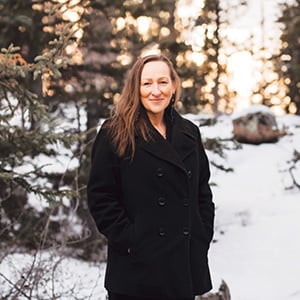 The burbling war of words between certain premiers and their nemesis in Ottawa is overwhelmingly male and pale. Caroline Cochrane, the Métis premier of the Northwest Territories—and the only female premier in Canada—is also a self-described progressive. She could be a key federal-provincial ally for the Prime Minister in 2020. 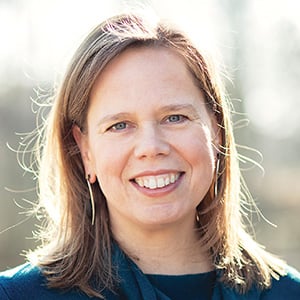 The University of Ottawa’s Canada 150 Research Chair in Climate Economics, Innovation and Policy and a senior fellow with Resources for the Future, Fischer will be a go-to resource as Canada continues to face down the climate crisis, particularly the increasingly fraught dance between international trade interests and environmental policy. 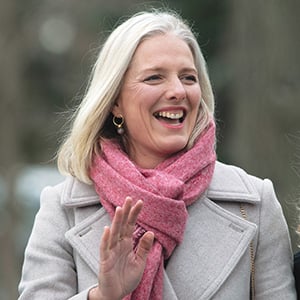 As environment minister, McKenna was belittled by Conservatives and vilified in oil country. Vile misogynists also took aim. In her new job as infrastructure minister, she oversees money that Ottawa has had trouble moving quickly enough. Making projects happen more efficiently could boost her political career. 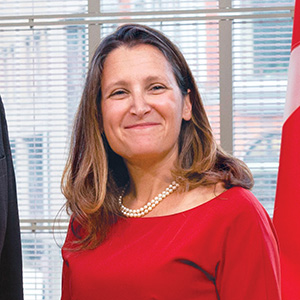 Securing a deal to succeed NAFTA made Freeland the Trudeau cabinet’s MVP. But her new hybrid role—deputy PM, relations with provinces, Canada-U.S. files—is more diffuse. No single outcome will spell success. As with NAFTA, Freeland vows that continuous consultations with all stakeholders will be her hallmark. 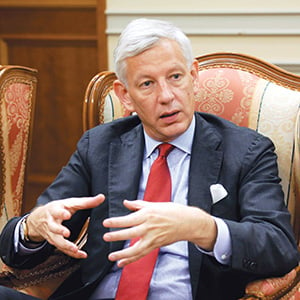 Canada’s new ambassador to China arrives in Beijing carrying weighty expectations. Reputed to possess special insights and contacts from his days as McKinsey & Co.’s man in Shanghai, Barton will need to prove that those things matter as he takes over a bilateral relationship strained to the breaking point. 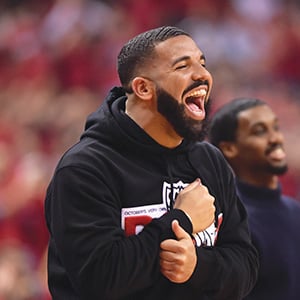 Say what you will about his turtlenecks, the Toronto-born rapper has excellent taste in pet projects (i.e., Raptors). His latest? More Life Growth, a fully licensed joint venture with Scarborough pot producer Canopy. According to the trademark application, fans can expect plenty of Drake-approved merch. No word on any 2020 album drops, but this is a solid start. 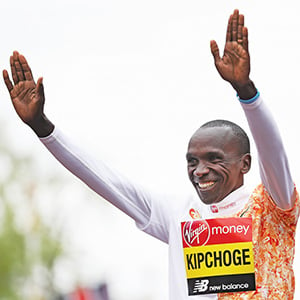 On Oct. 12, the 35-year-old Olympic marathoner from Nanda County, Kenya, became the first human in recorded history to run 26.2 miles in under two hours. Captivated race-watchers will want to tune into the Tokyo 2020 Olympics to find out whether Kipchoge can repeat the feat in open marathon conditions. 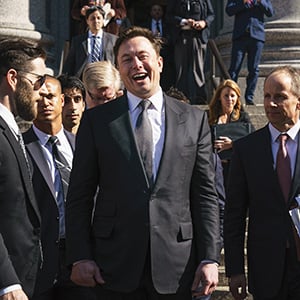 The oddball entrepreneur launched another 60 satellites into the Earth’s orbit in November and hopes to send at least 1,000 more in 2020 in an ongoing effort to bring internet to everyone. Astronomers aren’t happy with the ambitious effort, as the twinkling objects are starting to crowd the night sky. Musk hopes to fire 40,000 satellites in total into the heavens. 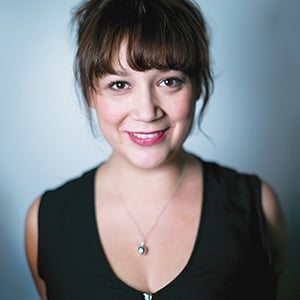 The co-host of celebrated CBC podcast The Secret Life of Canada, who is Mohawk and Tuscarora from Six Nations Grand River Territory, is also the playwright of works like Salt Baby, Two Indians, and Ipperwash. In 2020, she’ll be working on season three of Secret Life with co-creator Leah-Simone Bowen, and on a play about the life and times of Shirley Horn—Indigenous elder, residential school survivor and first-ever chancellor of Algoma University. 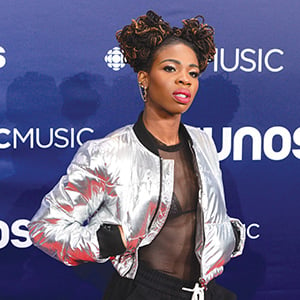 If an opening slot for Snoop Dogg, a soundtrack feature on season three of HBO’s Insecure and a cacophony of industry buzz weren’t enough, Brampton, Ont., hip-hopper Haviah Mighty can now add a Polaris Prize to her resumé. Next up, she’ll bring tunes from her winning solo debut, 13th Floor, to New York in February for her first stateside concert. 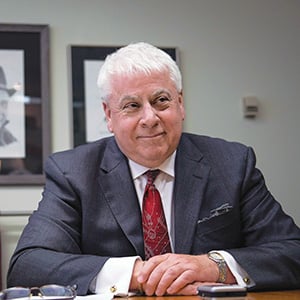 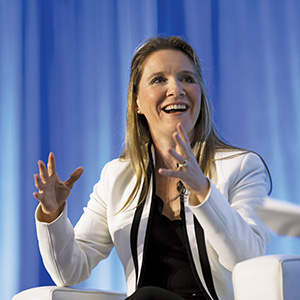 By remaining Trudeau’s chief of staff, Telford embodies continuity between his 2015 majority and 2019 minority. The PM’s alter ego, Gerald Butts, has retreated, leaving Telford unrivalled in Trudeau’s innermost circle. She must maintain order—while easing the centralized control that looked so flawed in the SNC-Lavalin affair. 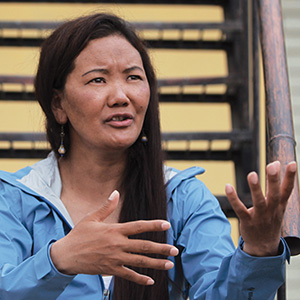 Sherpa has climbed Mount Everest nine times—more than any other woman in the world. The talented Nepalese mountaineer is about to destroy her own record with a 10th climb in 2020. It’s all the more astounding considering she’s going to do it without endorsements, trainers or nutritionists. 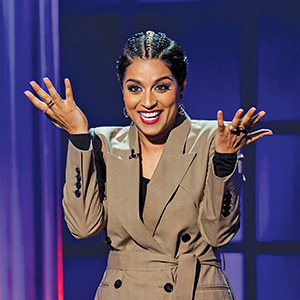 With its September debut, A Little Late with Lilly Singh came in like a blazing and totally necessary neon-suited counterpoint to the Jimmy-heavy late-night format. But with lukewarm reviews trickling in—perhaps prompting her on-air dance number to angry YouTube comments—will she revamp her already-revamped format (and possibly reconsider her “no politics” mandate)? 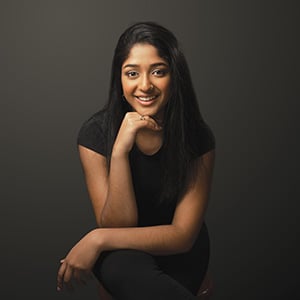 Imagine being a teenager with no acting experience and landing a starring role on a TV show. That’s what happened to Mississauga, Ont.’s Ramakrishnan, who will play the lead in Mindy Kaling’s semi-autobiographical coming-of-age Netflix show, Never Have I Ever, premiering in 2020. It could be a life-changing year for Ramakrishnan—and Tamil-Canadian representation. 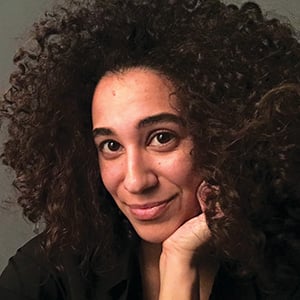 The literary world has known of Noor Naga’s talent for a while. The Philadelphia-born, Dubai-raised, Toronto-trained and Alexandria-residing writer won the RBC Bronwen Wallace Award for Emerging Writers in 2017 and the 2019 RBC/PEN Canada New Voices Award. This year, the rest of the world will know, too: her debut novel-in-verse, Washes, Prays, comes out in March. 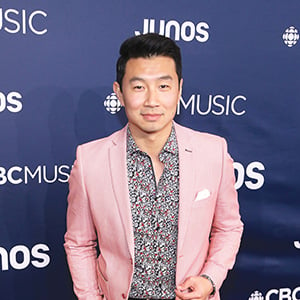 From CBC to superhero? The hunky brother from Kim’s Convenience burst into mainstream consciousness in 2019 after announcing he will be joining the Marvel Cinematic Universe as Shang-Chi in his very own movie, premiering in 2021, in probably the biggest career leap a CBC star has ever made.