The sexism of Halloween

Scott Gilmore: Adults have made Halloween about sex and it shows we're a collective mess of insecurities and clichéd gender roles 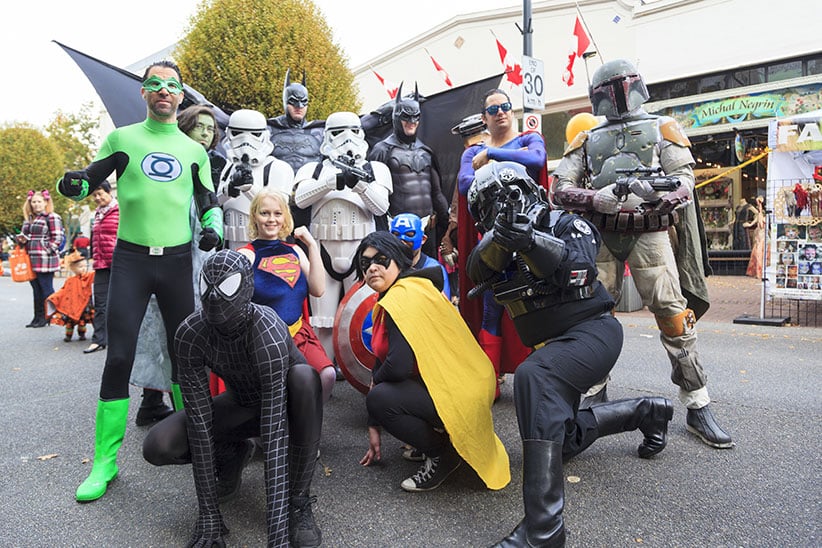 At about this time of year, every year, I get a glimpse of our collective id and it frightens me. In the weeks before Halloween, the costume industry crawls out of its shallow grave and begins to flog its latest collection of disturbing ensembles. I try to resist, but inevitably I will find myself on Amazon, clicking through the outfits for sale, and wondering, yet again, what the hell is wrong with us?

The Halloween of pumpkins and costumes is essentially a modern creation limited to North America. But it is connected to a much older and nearly universal tradition. Most cultures have an annual festival when the social order is temporarily inverted, everyone gets to wear disguises, sexual desires are indulged, and for a brief moment chaos reigns. Men dress as women, women as men, the pauper is hailed as the king and the king wears rags for day. Anthropologists call these “reversal rituals.” The ancient Greeks called it Saturnalia. In Brazil it is called Carnival.

Historically, the clergy or the ruling classes encouraged these holidays as release valves: an opportunity for everyone to let off some steam by subverting the otherwise rigid social order. And, that’s exactly what happens today. On Oct. 31, the otherwise sober and correct third grade teacher is doing Jägermeister body shots while dressed in what the Roma Costume company of Burbank, California, describes as their “Ravishing Ringleader” outfit complete with strapless romper, top hat and whip.

Let’s set aside the quaint notion that Halloween is about kids in cowboy hats collecting candy. There may have been a time when this was the case, when it was playful and fun. And I am sure everyone remembers cobbling together a costume using old clothes, taking a tour and a half around the neighbourhood, and filling our sack with enough sugar to get us through to candy cane season. Now, though, it’s drinking and debauching with an unholy abandon that is otherwise kept strictly buttoned-down the other 364 days of the year.

Today Halloween is mostly about sex. I suppose this was inevitable. Scrape away the layers on almost everything and eventually it comes down to sex. For men, that means dressing up as the confident, strong and heroic alpha-male they will never be: a cop, Batman, or Sponge Bob. For women, it’s much weirder.

For example, Jim from accounting with the nervous tic and therapeutic shoes always wanted to be a member of the SWAT team. He leaves the costume shop with a tactical vest, a holster and enough swagger to break down a door. Julia from the Jamba Juice? She gets “Sultry SWAT”, which is just knee-high boots, fishnet stockings, a micro mini and a halter top that helpfully explains: “SWAT”. The man puts moulded plastic pecs, a utility belt, and a brooding face mask and becomes Batman—instantly feeling six inches taller. The woman gets “Secret Wishes Batgirl”, six-inch heels, a French maid’s skirt, a bat emblazoned bustier and a satin cape.

If the man secretly longs for Sponge Bob’s simple self-assurance, he can buy an officially sanctioned and strikingly accurate foam costume. She can buy Lucite stripper heels, knee-high socks, a tiny schoolgirl skirt, and a too-tight t-shirt with the character’s face just below the plunging neckline. Let’s call it the Lewd Halloween Rule: For every possible type of male costume there is a female version that includes high heels, fishnet stockings and cleavage.

Now, this is why I find Halloween so disturbing. We have to assume the costumes for sale simply reflect demand, and this demand reflects our secret wishes, something we actually want to be, disguised in a joking-not-joking irony. Which means that we are a collective mess—both sexes plagued with archaic insecurities and clichéd gender roles.

We all have our secret kinks. And there are worse things than letting these hang out one drunken night a year. But maybe, just once, we could go back to some of the gender-bending traditions of the ancient rituals? Maybe this year, instead of strutting around with rented swagger, the guys could squeeze themselves into a bustier and hot pants. And the girls could try on the stuffed muscles and hero cape.

Surely there are other sides to our subconscious that might benefit from a little daylight—and exercise.