A feel-good moment for the Nova Scotia lobster fishery

Image of the Week: The fireworks around 'Dumping Day' were the type you're actually glad to see 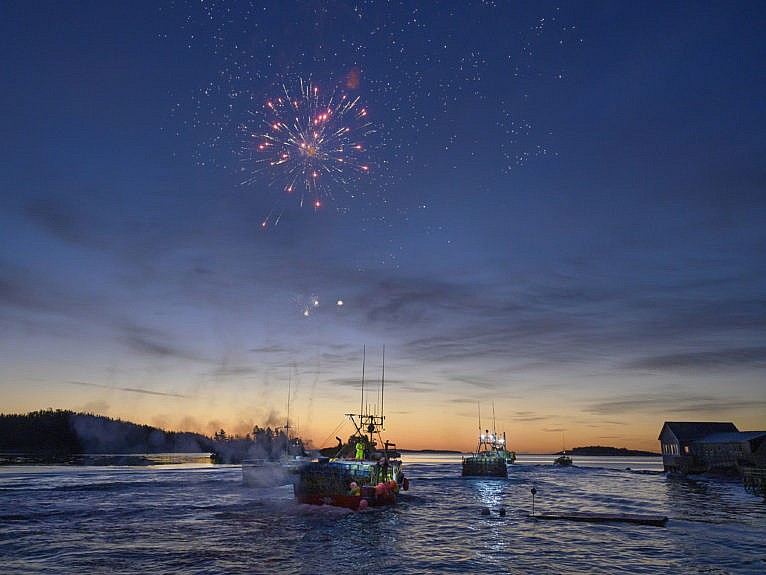 Fireworks are fired from a lobster boat on Monday as fishers leave the West Dover, N.S. wharf at first light on Dumping Day, marking the beginning of the lucrative commercial lobster season. (Darren Calabrese)

Without being presumptuous, it’s fair to assume that, over the past two months, many Nova Scotia fishers have resented being lumped in with some of their counterparts in Lobster Fishing Area 34. While a number of LFA 34 fishers engaged through the fall in vitriol, confrontation and alleged arson against Indigenous fishers for catching lobster before the commercial season began, others—like the ones from LFA 33, whose area on the province’s South Shore neighbours LFA 34—kept mostly quiet. Instead, they spent this contentious autumn waiting for Dumping Day, the annual start of lobster-fishing season, one of the biggest economic drivers in the province. Dumping Day is always a celebration of hope—for a new season, a new year, a fresh start. And it’s more welcome than ever in 2020, with the backdrop of spiking COVID numbers and a popped Atlantic Bubble. The excited folks from LFA 33 kicked things off with fireworks—not a tradition, but certainly appropriate. Meanwhile, their neighbours in LFA 34 will have to wait a little longer: in an act of pathetic fallacy some might interpreting as cosmic karma, stormy weather delayed their Dumping Day until later in the week. Not that they need a fireworks show. They’ve already seen one.