A national conversation about sexual assault has begun. Finally.

There may be some good that comes of the Jian Ghomeshi scandal, as outrageous as that may seem 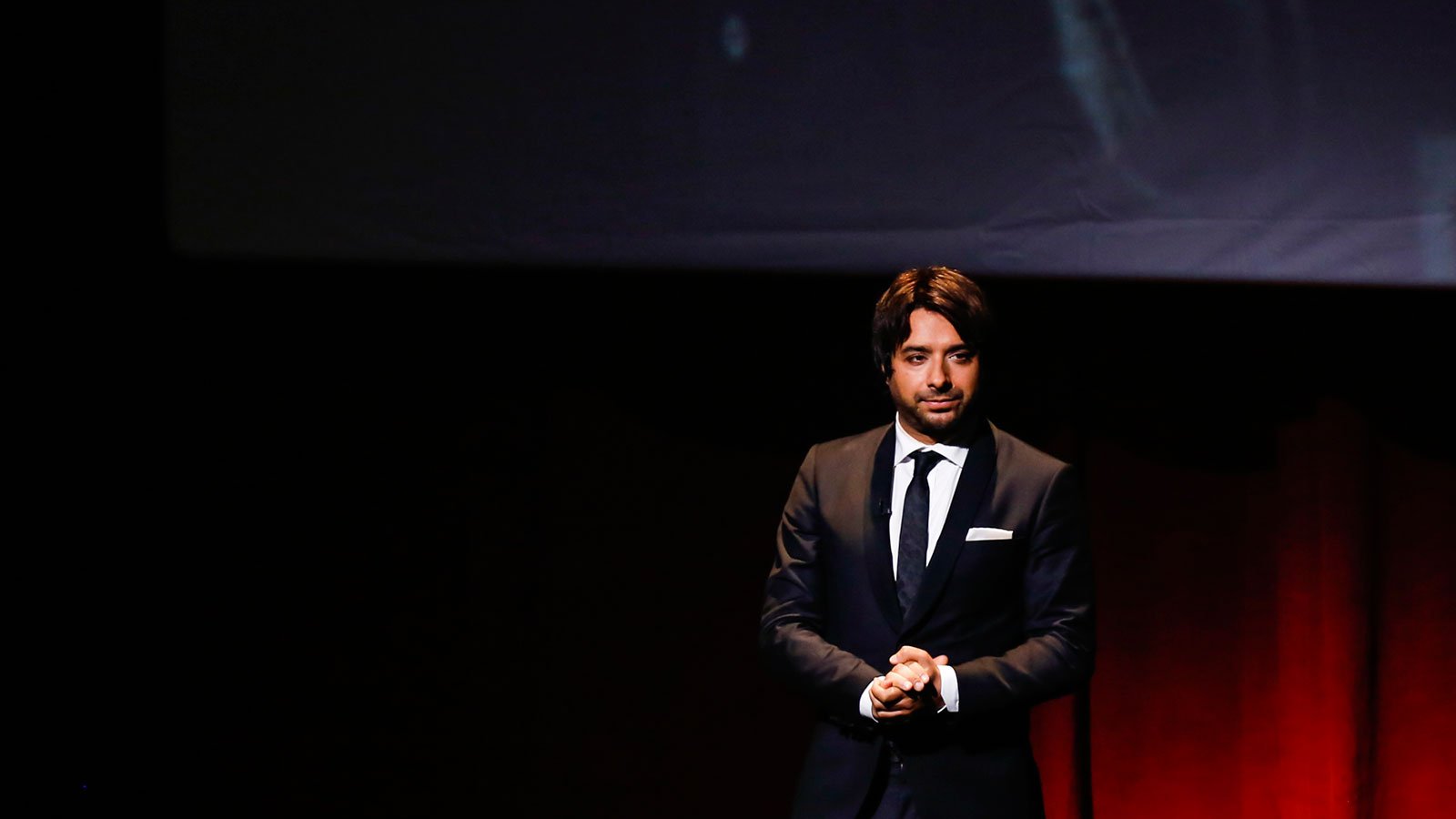 There may be some good that comes of the Jian Ghomeshi scandal, as outrageous as that may seem.

So far, nine women have said they experienced sexually charged, non-consensual violence or intimidation at the hands of Ghomeshi, the once-popular, since-fired CBC radio host. Two of them, actress Lucy DeCoutere and lawyer Reva Seth, have bravely put forth their names, bringing credibility to the claims. The Toronto Police Service has opened a formal investigation. Everyone is talking.

While Ghomeshi has not yet been charged with any crime and is owed a presumption of innocence, the allegations against him have sparked a national conversation about sexual assault that goes far beyond his own behaviour. Difficult and important questions about how society deals with sexual assault are being asked across the country. How commonplace is sexual assault in everyday Canadian life? Why is it so difficult for victims to come forward and report their experiences to police? What explains the pathetic conviction rates for sexual assault? And what can the rest of us do to fix this national problem? An important issue is finally getting the full public airing it deserves.

Sexual assault, as deﬁned by Canada’s Criminal Code, includes penetrative rape, as well as other unwanted sexual contact, including groping, touching and fondling. In any of its forms, it is a crime that damages its victims in unique ways. Beyond any violence that may have been involved, sexual crimes also leave lasting emotional scars: shame and guilt. Anger. Difficulty establishing future healthy relationships. Mistrust of authority. Given the dark shadows attached to sexual assault, Canadian society has a duty to ensure that everyone recognizes it to be contemptible behaviour, and to ensure it is prosecuted to the fullest extent of the law whenever, and wherever, it occurs.

Social media has played an important role in shaping and spreading the Ghomeshi debate to date. One of the most frequently posted, tweeted, shared and commented-upon bits of information is a pie chart from the YWCA, based on research compiled by University of Ottawa criminology professor Holly Johnson. An estimated 460,000 sexual assaults, according to Statistics Canada surveys, are committed against women annually in Canada. Yet legal data reveal only 15,200 formal complaints are made to police. Of these, 2,824 cases are prosecuted in court, with just over half resulting in guilty verdicts. The end result: a conviction-to-crime ratio of 0.3 per cent. As the YWCA graph puts it, for every 1,000 sexual assaults, “997 assailants walk free.”

Despite its wide circulation, the YWCA’s 460,000 figure is actually old news; more recent data put the estimate of sexual assaults committed annually against women at 472,000. (The number for men has jumped from 86,000 to 204,000, though StatsCan says that number should be used with caution.) So, nearly 700,000 sexual assaults occur in Canada every year, and the overwhelming majority are never brought to police attention. Why not?

Related:
#YouCantShutMeUp: Feminism goes viral
Sex, lies, and the CBC
Why it’s harder to believe the worst of a host
Notes on Jian Ghomeshi

The explanation cannot be found in demographics. The incidence of sexual assault varies little across income brackets, place of residence or even age. As the unfolding Ghomeshi allegations suggest, many smart, well-educated women have kept quiet about their own experiences with sexual assault for years. And even when there appears to be strength in numbers, most victims are still unwilling to put their names on the record.

The prospect of a highly adversarial courtroom experience is a significant reason for the reluctance of many victims to come forward. In a widely cited online column tied to the Ghomeshi issue, former Crown prosecutor Sandy Garossino listed the many invasive questions a female accuser can expect to face while on the witness stand in a date-rape trial, ranging from the details of her previous sexual experiences to medical and psychiatric records, and even descriptions of tattoos and piercings. This, despite a rape-shield law meant to protect victims’ past history. Many women claim that testifying in a sexual assault trial is like being raped all over again. Clearly, more can be done to ensure the legal system treats sexual assault victims with the compassion they deserve, while preserving defendants’ fundamental rights to a fair and impartial trial.

A variety of other false assumptions, myths and attitudes further dissuade victims of sexual assault (both male and female) from going public. Victims may fear they will be blamed themselves, by those who hold the reprehensible belief that a person’s actions or behaviour somehow invited sexual assault. It is often claimed that false allegations are a routine, perhaps all-too-common event, when, in fact, the verifiable percentage of phony claims is quite small. Still others think it is relevant whether a victim reports an assault immediately. Waiting is often viewed with suspicion in the public eye. This, too, is wrong. Given the physical, mental and emotional trauma involved in sexual assault, it is entirely understandable that a victim could take time—perhaps years—to come to terms with what happened. This is particularly so, given that such a large percentage of sexual crimes are committed by friends, family or others known to the victim.

Busting all these myths and misperceptions will create a climate more conducive to encouraging the reporting of sexual assaults. It may also help to reframe the statistical case, to some degree. Following a similar public outcry over low conviction rates for rape in 2010, Britain launched a public inquiry headed by Baroness Stern. She argued that the minuscule conviction rates calculated out of the total number of all incidents (such as the YWCA’s 0.3 per cent figure) work to discourage women from coming forward. It is fairer, she said, to calculate conviction rates as a percentage of cases prosecuted, as is done for all other crimes. The British figure is thus 58 per cent. In Canada, it’s 54 per cent. From this perspective, bringing perpetrators of sexual assault to justice does not seem like such a hopeless task; this, in turn, may encourage more victims to report sexual assault to the authorities.

Beyond improving reporting and conviction rates for sexual assaults, however, the most important task must be to reduce the overall prevalence of sexual assault in Canada. It is far too common a crime.

While conventional wisdom assumes that sexual assault typically takes place in a private home or behind closed doors, in fact, over half of all sexual assaults, according to the same Statistics Canada data used by the YWCA, occur in a “commercial or institutional establishment, such as a restaurant or bar.” In other words, most sexual assaults are committed in a public place: at work or after work in situations with plenty of potential witnesses. This suggests a shocking degree of complacency within society. No Canadian would find physical violence acceptable at work or at a bar. Why should it be normal for sexual assault to continue in such situations?

Canada needs to do a better job of informing itself that sexual assault is never acceptable. Young Canadians, in particular, may need repeated reminding that sexual assault, in all its forms, is not to be tolerated. Whether it’s inappropriately grabbing someone in a crowded bar, or forcing a girlfriend to have sex against her will, it’s all despicable. And all against the law.

Too many women and men do not report sexual assault to police because they think it will be too painful to relieve the experience, their motives will be questioned, or their efforts will come to naught. We need to change the attitudes, beliefs and procedures that surround sexual assault to ensure each and every case is properly reported, investigated and dealt with appropriately by the legal system. But, most important, we need to ensure sexual assault is no longer considered everyday behaviour in Canadian society.

You will be reading and hearing much more about these issues in coming weeks and months from Maclean’s and the other media outlets of Rogers Communications, which owns this magazine. As a result of Jian Ghomeshi, a Canada-wide conversation about sexual assault has begun. It won’t stop until we will find a solution to this national crisis.