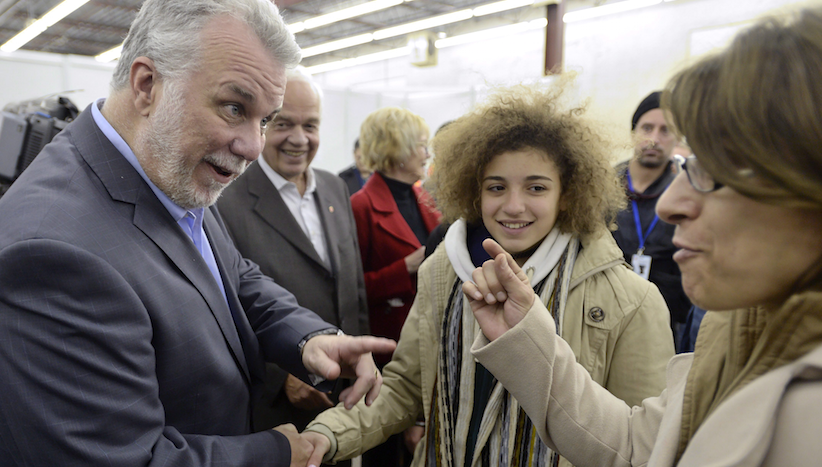 A small group of Montreal tech entrepreneurs is hoping to connect Canadians with spare rooms in their homes with Syrian refugees who need a short-term place to stay.

WeHost is an online platform that is enlisting Canadians to open up their homes to refugees for one to two months. As of Dec. 14, more than 470 Canadian households have signed up, according to the WeHost website.

Jenviev Azzolin, one of its co-founders, says hosts will be interviewed by WeHost volunteers or by “community ambassadors” in the city where the aspiring host family lives to try to ascertain whether the host individual or family is prepared for the job and to find a suitable match.

Azzolin says none of the WeHost founders have direct experience in refugee resettlement, but she says that several of those volunteering to be community ambassadors have backgrounds in social work, education and health care.

But according to Citizenship and Immigration Canada, short-term housing for refugees isn’t lacking.

“Plans are already in place for temporary accommodations for those who might need it. Our primary concern is finding permanent homes for these refugees,” says spokeswoman Nancy Caron.

Some government-assisted refugees may stay on military bases until long-term accommodation is found. Azzolin thinks housing those refugees with volunteer families instead would be a better option.

“We feel that it’s a much stronger integration to arrive in Canada and be living with a family,” she says.

Azzolin says she’s also been contacted by private refugee sponsors who say they need the temporary support WeHost is offering because they haven’t yet fully prepared a place for the refugees they are sponsoring to stay.

“People are telling us they’re resorting to their worst-case scenario: ‘We’ll move out of our family home so that they at least have a roof over their heads and we’ll go live with friends for two weeks. Or we’ll have to put them up in a hotel,’ ” she says.

She hopes housing some privately sponsored refugees with volunteer families for a month or two will mean the refugee sponsors won’t have to employ those sorts of expensive or inconvenient measures.