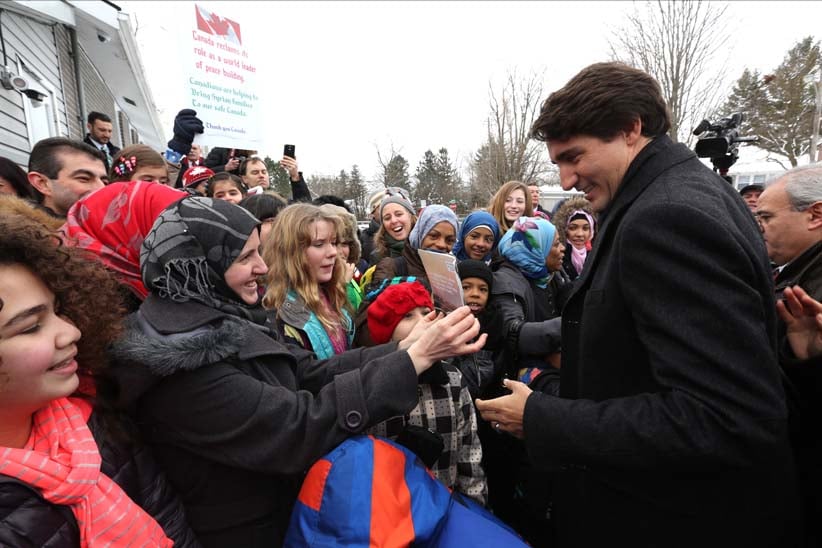 Recently arrived Syrian refugee Amal Alkhalaf present the Prime Minister with a copy of Maclean’s that features the story of her life from the start of the Syrian civil war to arrvining in Canada with her three children. (Adam Scotti/Prime Minister’s Office)

When Maclean’s first met Amal Alkhalaf in Lebanon six weeks ago, she and her three children knew next to nothing about Canada, the country they would soon call home. None could name the capital city. They didn’t know the number of provinces and territories. The Prime Minister’s name? Not a clue.

Three weeks after landing safely in Canada, Alkhalaf and her kids (Ansam, 13; Ibrahim, 10; and Dalya, 9) had a chance to briefly meet Justin Trudeau—and they made sure to bring along a personalized gift: a copy of last week’s issue of Maclean’s, which features them on the front cover.

“I wanted to give him the magazine as a gift, to show my respect,” Alkhalaf said in Arabic, through a translator. “I want to thank him for what he has done for me and my children, and for all Syrian refugees.” 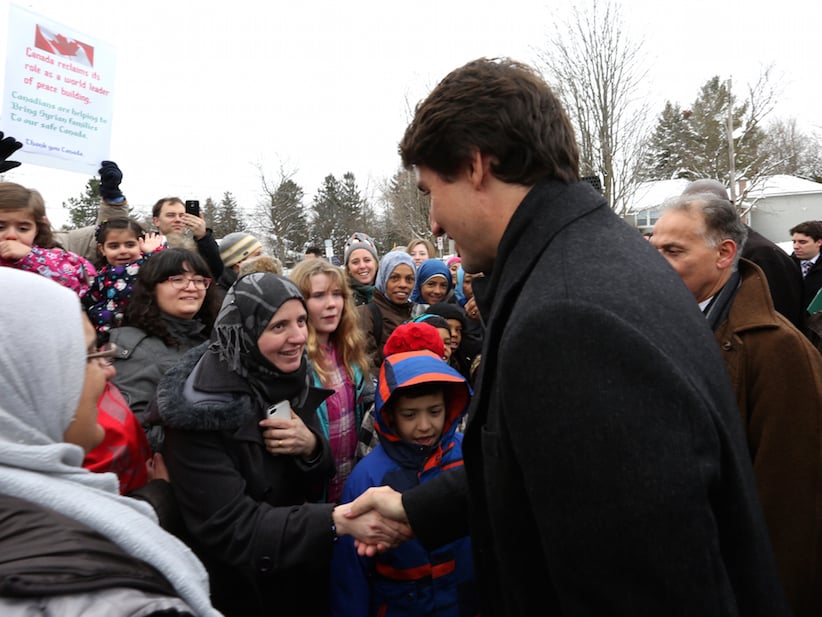 Last week’s story (“Saving Family #417”) chronicled the family’s harrowing journey from Syria to Lebanon to Peterborough, Ont.—as well as the emotional journey undertaken by the private sponsors who made it their mission to bring these complete strangers to Canada. The cover photo of Alkhalaf and the children was taken Dec. 3 in the southern suburbs of Beirut, in the same neighbourhood where Islamic State suicide bombers killed 47 people just three weeks earlier.

With her eldest daughter’s help, Alkhalaf signed the cover with black marker: “Amal to Jostein.” The other children also signed their names. “Thank you,” one wrote. “I was very excited,” Alkhalaf said. “In our country, you never get to meet these kind of people.” 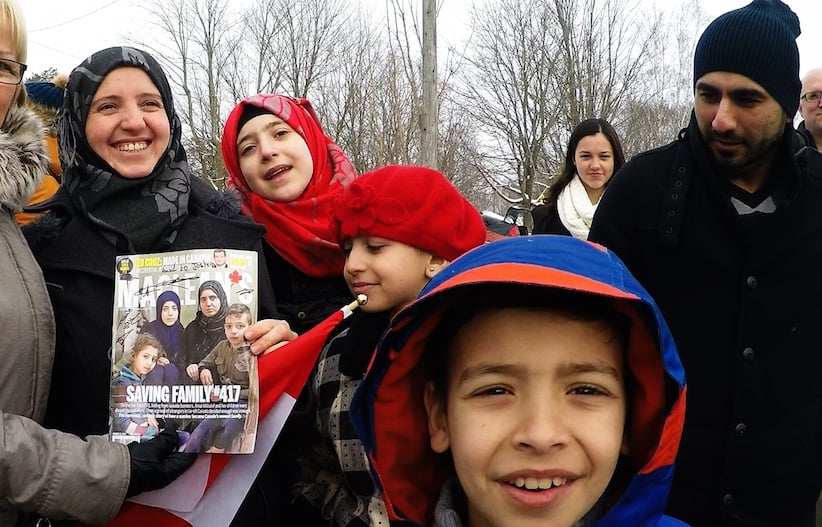 Trudeau was in Peterborough on Jan. 17 to visit the city’s only mosque, which recently reopened after an arson attack last November. On his way inside the restored building, the Prime Minister took time to greet some of the Syrian refugees who have arrived in the community over the past few weeks, including Alkhalaf and her kids. When he reached them in the crowd, Alkhalaf shook his hand and passed him the magazine.

“It was great,” said Serout Omar, a restaurant owner who has volunteered to translate for the family since they arrived on Dec. 30. “He looked at the magazine and then looked at her and said: ‘Oh, that’s you.’ ”

Trudeau later tweeted two photographs: one of Alkhalaf handing him the magazine; one featuring the autographed cover. “ ‘Family 417’ is safe in Peterborough — and had a special gift for me today,” he wrote. “Welcome to Canada, Amal Alkhalaf.”

See video footage of the family meeting Trudeau, filmed by CHEX in Peterborough: