A transcript of Prince Charles's speech at Vimy

For the record, what Prince Charles said at the Vimy memorial event on Sunday, April 9 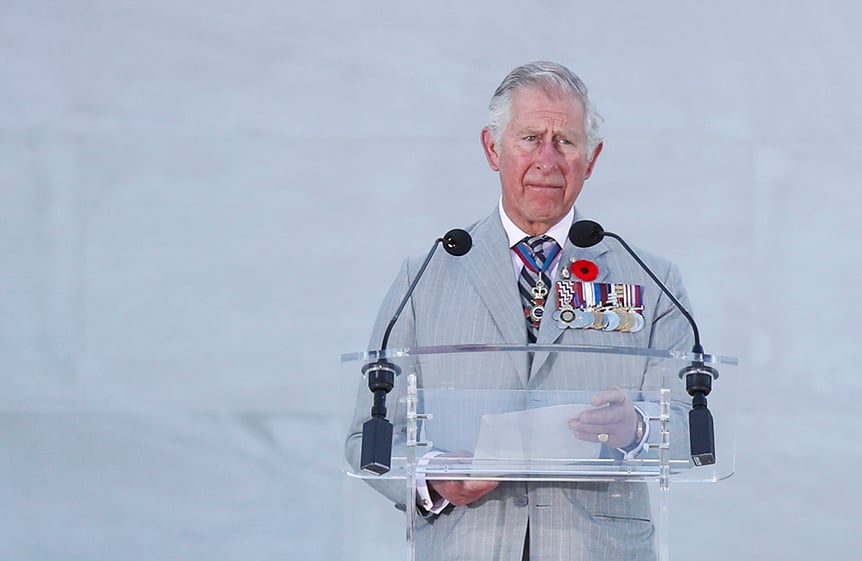 Britain’s Prince Charles delivers his speech as he attends a ceremony to commemorate the 100th anniversary of the Battle of Vimy Ridge at the Canadian National Memorial in Vimy, France, April 9, 2017. (Christian Hartmann/Reuters)

This is a transcript of the speech Prince Charles gave at the event commemorating the 100th anniversary of Vimy Ridge:

Ladies and gentleman, hundreds of thousands of Canadians crossed the cold, grey Atlantic to take a stand against tyranny and oppression. They left behind everything they knew to face a struggle they could not have imagined.

Today it is hard to believe possible the horrors that unfolded here on the 9th of April, 1917. This was a battlefield of corpses. The terrifying roar of massed artillery filled the air. As one Canadian brigade signalling officer wrote, “Imagine the loudest clap of thunder you ever heard, multiplied by two, and prolonged indefinitely.” Boot-deep mud rendered each step a struggle, amidst the deadly relentless hail of bullets.

The events of that day saw the four divisions of the Canadian Corps serving together for the first time. They fought bravely and with great ingenuity. They succeeded in seizing the vital high ground of Vimy, a task in which many others before them had failed.

However victory came at an unbearably heavy cost. This was and remains the single bloodiest day in Canadian military history. Yet Canadians displayed a strength of character and commitment to one another that is still evident today. They did not waiver. This was Canada at its best. The Canadians at Vimy embodied the true north, strong and free.