Kellyanne Conway's trip to the oil sands could set the tone for Canada-U.S. relations in the Trump era 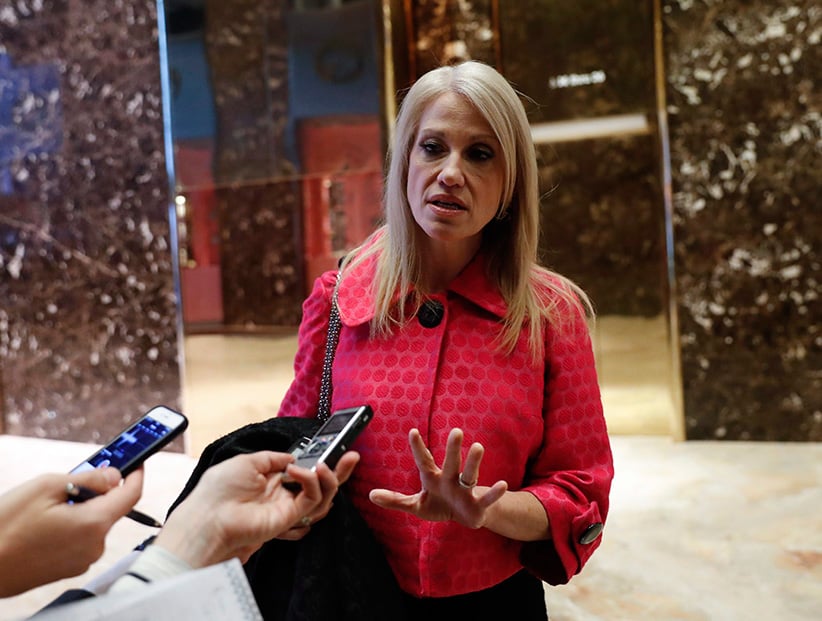 Early on Tuesday afternoon, the Prime Minister’s Office announced in a news release that U.S. Vice-President Joe Biden will visit Ottawa during Justin Trudeau’s meeting with the premiers—and the Canadians will throw a dinner in the veep’s honour.

This was a quaint reminder of how foreign dignitary visits traditionally get announced and arranged. It came a few hours after a reminder of how deals and diplomacy will get done in Trumpworld—with all the pomp and circumstance of a couple of phone calls and back-slaps.

RELATED: The scene in Trump Tower as the president-elect assembles his team

Kellyanne Conway, Donald Trump’s home-stretch campaign manager and senior adviser to his transition, will visit Calgary and the Fort McMurray-area oil sands in January, a week before the boss’s presidential inauguration. It was announced and will be hosted by Alberta Prosperity Fund, which calls itself a political “super PAC” and launched last year to unify Alberta conservatives in response to the NDP’s electoral victory. Conway will headline a private fundraising dinner for the group on Jan. 12.

On one hand, Conway holds no formal role with the Trump transition team and has not yet been named to his White House. She’s being invited as a private citizen, Prosperity Fund president Barry McNamar tells Maclean’s. Former or private U.S. politicos often travel north for lectures, meetings or private events; McNamar’s group held a fundraiser last year with influential anti-tax crusader Grover Norquist.

MORE: FAQs for the Trump era

But oh goodness, all that is on the other hand:

By January, we’ll likely know if this is a private person lending support to a private advocacy group, or if it’s a senior White House official doing oil sands reconnaissance and lending support to a private advocacy group. We might even know by then how far Trump takes his climate change skepticism and environmental reforms. Either way, Jan. 12 will become some sort of eye-opening introduction to how Canada-U.S. relations get done in the Trump era.