‘It was a wonderful homecoming’

Stephen Hutchison returned from the Korean War on Christmas morning.

When 17-year-old Stephen Hutchison* left his New Brunswick high school to join the army in 1944, he told his classmates, “Hitler better give up right now.” As soon as Stephen turned 18, he was set to travel to Europe—until the war ended. Then he was scheduled to cross the Pacific—until the Americans dropped two atomic bombs on Japan. All dressed up with nowhere to go, it wasn’t quite the grand military adventure he’d envisioned.

Stephen, the third of eight children, got a job on the railroad through his father after the Second World War. “But in 1946, the steel strike came along,” he recalls. “We were all laid off.” A job with Eaton’s for $11 a week didn’t last long either, so Stephen decided to enlist again.

This time, there were no false starts. When the Korean War began, Stephen boarded the USS Liberty in Seattle and spent 21 days at sea, sharing the ship’s tight quarters with 4,500 other troops—there was so little room that he had to eat standing up. He ended up spending a year in Korea as a logistics expert. “I wasn’t in the infantry,” he says. “They were the ones that really lived in the ground.” But Stephen made sure they were fed and stocked with ammo. He was responsible for the movement of troops and their supplies, evacuating POWs and “bringing the guys back for R&R.”

After his year in Korea was up, Stephen returned to Canada, where he’d left his wife and two young children; he’d later have another two. “I walked into my house at 7 o’clock on Christmas morning,” he says. “It was a wonderful homecoming.”

Stephen stayed with the Canadian Forces until 1966, with stints in Ottawa, Germany and the Middle East. He crossed the Atlantic eight times, often scouting locations where Canadian troops could be sent and coordinating the logistics of their arrival. He played hockey with the army team throughout, sharing the ice with Maj. Joe Lamb, who, as a Montreal Canadien in the late 1930s, became the first—though not the most famous—NHLer to wear No. 99. As a player on the Fredericton Capitals earlier in his hockey career, Stephen also played alongside future NHL player and coach Dick Gamble. 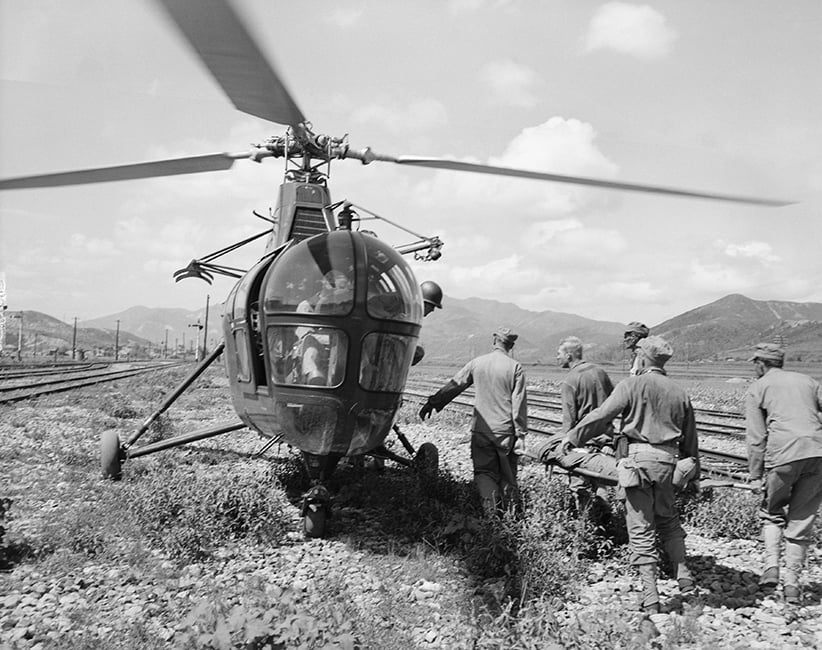 Hutchison was a logistics expert in Korea, making sure the infantrymen were fed and stocked with ammo. (Bettmann/Getty Images)

Back in New Brunswick, Stephen stayed involved with the Korea Veterans Association of Canada, serving as its president for a time and speaking in schools about the so-called Forgotten War. Now, he spends his time looking after his wife, who has mild Alzheimer’s, and his own worsening health. But he’s an eternal optimist—“I’ve had a great life,” is practically his catch phrase. “I couldn’t be any happier,” he says. “Okay, I’ve got kidney problems. And I’ve got prostate cancer. And I’ve got COPD. But, like I say to my doctors, I don’t have any ingrown toenails or hemorrhoids, so I’m perfect.” — Luc Rinaldi