There are plenty of high-demand, well-paying options in health care

Roughly three-quarters of medical school applicants are rejected each year. Bummer. Luckily for them, wannabe doctors have better alternatives than ever. These four professional health care programs can be completed in just a few years, are in high demand, and pay well directly out of school. That means graduates can start paying off their student loans while medical residents are still driving beat-up old cars to 24-hour shifts.

The Job: Health care managers work in hospitals, medical clinics and nursing homes where they direct teams of health care providers. Their job is to make sure patients get excellent care and, simultaneously, that Canadians get good value for the nearly $200 billion they spend on health care each year.

The Job: Overseen by medical doctors, the physician assistant takes on the relatively easy diagnoses, procedures and tests, like sore throats and birth control pill renewals. That saves MDs for more complicated cases, which saves health care dollars. That’s why there are 70,000 PAs in the U.S. In Canada, there are 250 working in Ontario, Manitoba, New Brunswick and Alberta, but that number is increasing quickly.

The Job: Global health experts work with one main goal in mind: a world where every human has access to quality health care, regardless of wealth. Some graduates work with NGOs like the Red Cross or World Vision. Others do health policy research for governments, at agencies like the Canadian Institute for Health Information or the World Health Organization. Some stay in academia. Many continue on to medical school.

The Job: Midwives in Canada were counted in the dozens 20 years ago. But in 2010, an army of roughly 850 registered midwives helped 14,000 mothers and babies from gestation through the big push, and into the postpartum period. Midwives often enjoy more time with their patients than doctors can afford to spend. 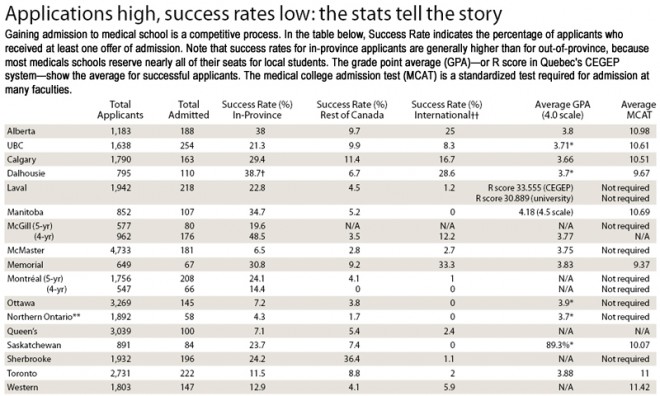