This year’s wildfire season in British Columbia was a record-breaker. Not only did a historic amount of land burn (more than 12,000 square kilometres or an area more than twice the size of Prince Edward Island), but the fires also released a record amount of greenhouse gases into the atmosphere.

READ: What it feels like to escape a wildfire

The estimate for this season’s emissions is nearly triple the previous high in 2014. It is also more than B.C.’s most recent yearly greenhouse gas emissions in 2014 (excluding forestry). 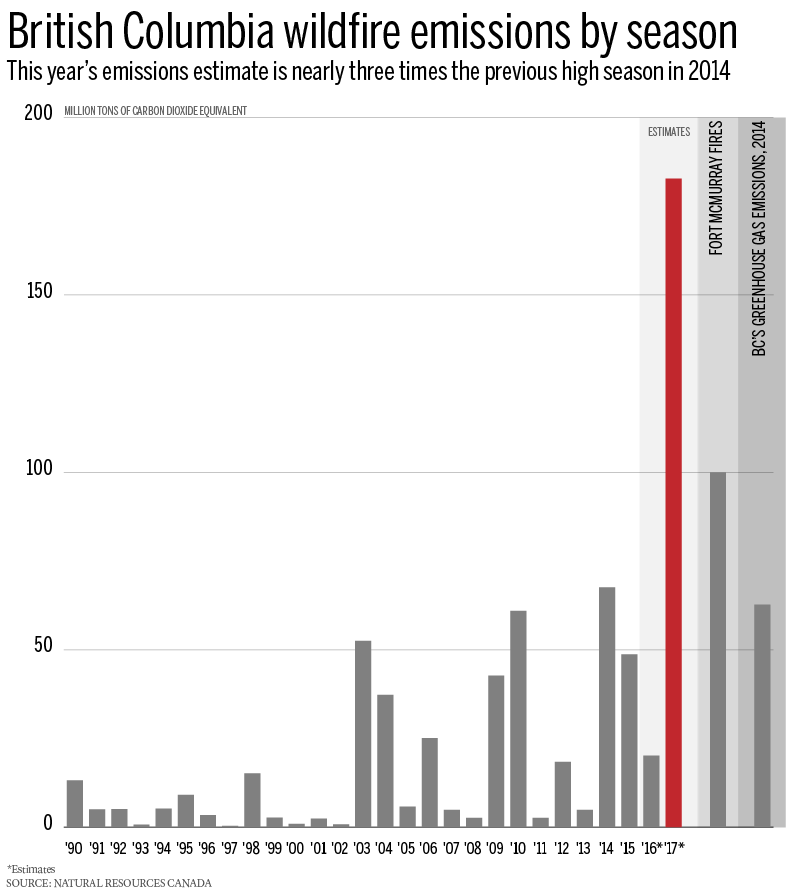 RELATED: This chart shows just how much land the B.C. wildfires burned