Balsillie behind efforts to display Erebus bell to public 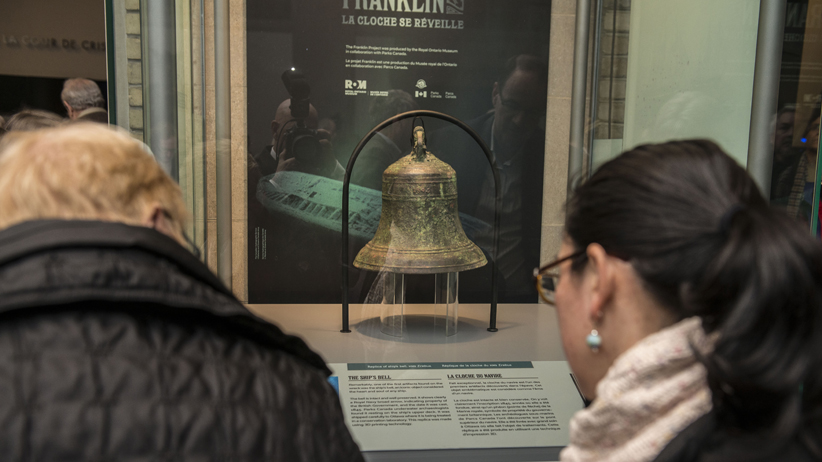 Holiday visitors to Toronto’s Royal Ontario Museum can thank Jim Balsillie, the billionaire former co-CEO of BlackBerry, for the opportunity to view a detailed copy of the first artifact recovered from HMS Erebus, the Victorian-era warship that went missing in the High Arctic 160 years ago.

The ship’s brass bell, recovered by Parks Canada divers last fall, is currently undergoing painstaking restoration work in Ottawa—a process that will take several months, if not years. But Balsillie, a key figure behind last year’s search to find the ships of the lost Franklin expedition, didn’t want to wait that long.

Recognizing the intense public interest in the Franklin story, he originally proposed putting the bell on display while still submerged in water (to prevent it from deteriorating after more than a century on the seafloor) but Parks Canada’s restoration staff wasn’t thrilled with the idea. So he approached ROM chief executive Janet Carding for help. She proposed making a replica of the bell using 3D printing technology and enlisted Canadian photographer and artist Ed Burtynsky and industrial designer David Didur to do the job. They used special camera equipment to capture 4,000 slice-like images that could later be used to build the 3D replica.

The result was not only a picture-perfect copy, but one that captured the bell’s exact appearance shortly after it was hoisted from the Arctic seafloor by Parks Canada’s underwater archeologists (before any restoration work was completed). The only difference, visually, is that the reflections from the water droplets covering the bell as it was photographed have been removed. The bell is currently the centrepiece of an exhibit called The Franklin Outreach Project that will travel to seven other museums across the country.

Franklin at the ROM 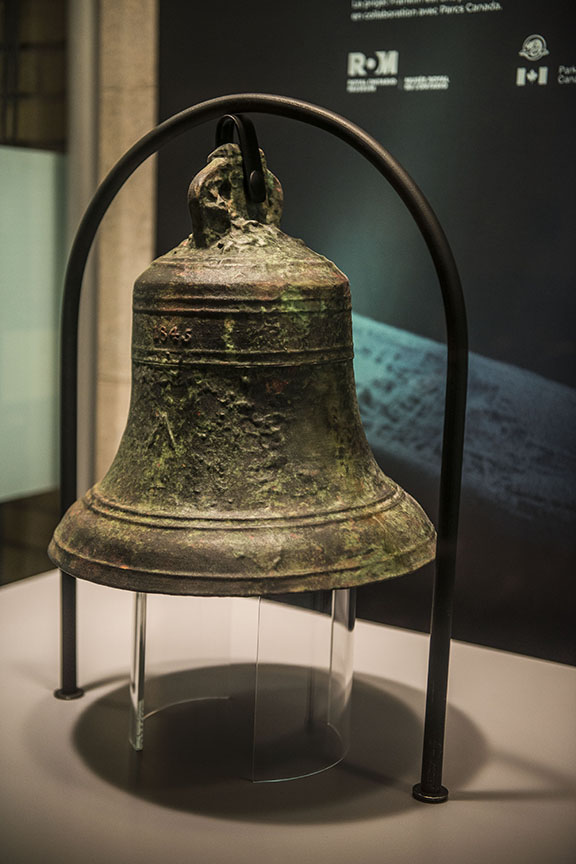 A 3D replica of the brass bell from HMS Erebus is the centrepiece of an exhibit called The Franklin Outreach Project, on display at the Royal Ontario Museum in Toronto (Peter Bregg)

Sir John Franklin, an accomplished British explorer, set sail from England in 1845 to map part of the Northwest Passage and conduct research on the Earth’s magnetic North Pole. The two ships, the HMS Erebus and HMS Terror, both became trapped in ice and Franklin and his 128 men were never heard from again. Subsequent expeditions sent to find Franklin turned up bits and pieces of Franklin’s doomed voyage. A note found on King William Island said the ships had been abandoned and Franklin had died. Inuit oral history suggests the remaining crew members marched south, and may have resorted to cannibalism in an effort to survive.

Rear Admiral John Newton says ships’ bells have special significance for navy personnel. They were historically used to mark the passage of time on long voyages, striking every 30 minutes to call crews to watch. Even today, a ship’s bell figures prominently in naval traditions. Sailors’ children are often baptized with water held in an upturned bell. Their names are then inscribed under its lip.

Balsillie, who is a co-founder of the Arctic Research Foundation, organized a naval mess dinner following the replica bell’s official unveiling at the ROM. It was attended by about 100 navy and civilian guests. At the boisterous, tradition-filled dinner, Balsillie was lauded for his extensive, behind-the-scenes efforts to assist a six-year-old Parks Canada hunt for the Franklin ships. That included the use of a re-outfitted fishing trawler owned by his foundation. He also used his senior government contacts to push for more resources, making the 2014 expedition that discovered Erebus in the eastern part of the Queen Maud Gulf  the largest and best-equipped search for the ships in recent times. It brought together the latest underwater sonar technology, multiple government departments and several private sector partners, including the Royal Canadian Geographical Society, Shell Canada and the Weston Foundation.

At the dinner event, Vice-Admiral Mark Norman drew links between Franklin’s ill-fated voyage and the growing strategic importance of the Arctic to Canada and its navy. Thanks to receding sea ice and increased ship traffic, the region is set to undergo more change in the next 30 years than it did in the last 300, Norman said.

Divers are set to return to the Arctic to explore the wreckage of Erebus in more detail next year. If all goes well, they will recover additional artifacts that promise to shed more light on one of the world’s biggest mysteries at sea.