A harrowing image of the B.C. floods that caused mudslides and trapped motorists

Image of the Week: An unusually heavy 'atmospheric river' drowned cars like this one and follows record-breaking wildfires earlier this year. The West Coast can't catch a break. 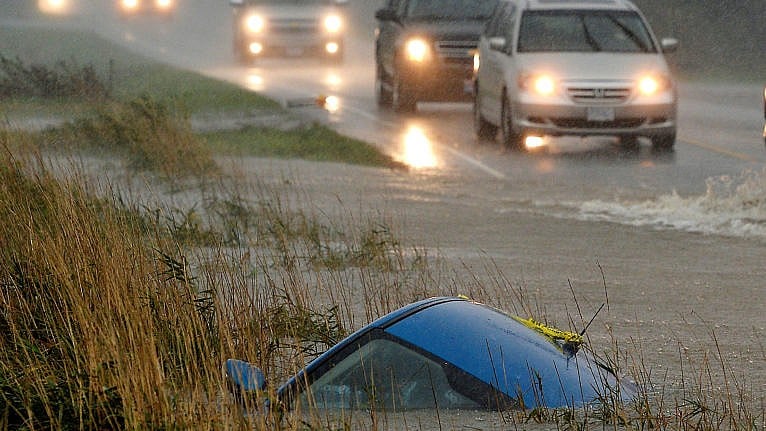 The sun could not have been a more welcome sight for British Columbians as it broke through grey clouds Tuesday morning, following historically heavy rainfall that blew past 24-hour records in Abbotsford, Chilliwack and Hope. Thousands in the province spent the weekend waiting for the deluge to end. The rain caused mudslides, trapping motorists on highways; it forced all 7,000 residents of Merritt to evacuate after flooding the city’s water treatment plant; and it drowned cars, like the one above, on roads, highways and driveways. The reason, experts say, is an unusually heavy “atmospheric river,” which typically carries water vapour north from the mid-latitudes to the Arctic. While many believe the floods have to do with climate change—a warmer atmosphere carries more water, the logic goes—it’s still too early to say so conclusively. But if record-breaking floods continue to follow record-breaking wildfires for years to come, British Columbians who ignore or deny the reality of climate change may find it ever-harder to do so.

FILED UNDER: B.C. floods Editor's Picks Image of the week