Bob Rae on the remarkable life of his friend John Ridsdel

The former MP and premier on a long friendship, his desperate effort to free his friend, and the terrible news at the end of it all 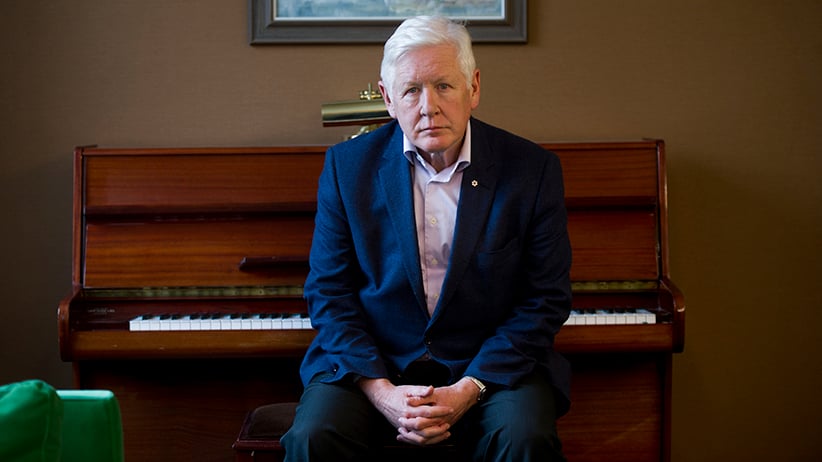 ‘He had a really strong urge to see the world,’ Bob Rae says of John Ridsdel. (Photograph by Cole Garside)

In September, John Ridsdel, a 68-year-old Canadian, was kidnapped in the southern Philippines along with three other people—fellow Canadian Robert Hall, a Norwegian man and a Filipina woman. The militant group Abu Sayyaf set various ransom demands and deadlines, but on April 25 Ridsdel’s story came to a gruesome and tragic end when a man’s severed head was dumped in the remote city of Jolo. Bob Rae, former Liberal MP and former NDP premier of Ontario, was a longtime friend of Ridsdel, and had been trying behind the scenes to help his family secure his release.

Q: How did you meet John Ridsdel?
John and I met at university, in 1966. We ran in the same crowd. We would get together and party and talk, and do the kinds of things one did in university. John went back to Alberta to work in the oil industry and as a journalist for a while. Then he went to work internationally with energy and mining companies, travelling to parts of the world where mining and gas were being developed. He’s had a remarkable, remarkable life.

Q: What drew you to him initially as a friend?
He’s a very engaged man. He was curious, he was a voracious reader, he always had something on the go. He was never going to be somebody who was going to end up watching the Golf Channel at 10 o’clock at night. He was way, way too adventurous for that. And a very decent guy, too—a good friend to a lot of people. I think that’s the spirit in which people tried to figure out how they could possibly help in this absolutely terrible circumstance of the last few months.

Q: Are there any standout moments over the years that you think of as quintessentially John?
The feeling he exuded was one of energy: “Let’s get going!” He was always sort of turning up. Throughout my public life, he was emailing or contacting me from any number of different places. I remember once he called me from Algeria—and this was at a time when Algeria was not the safest place to be. He said, “Bob, it’s John. I’m calling you from Algeria.” And my answer was, “Of course you are!” [laughs]

Q: What do you think were his driving forces in life?
He was insatiably curious. He had a really strong urge to see the world. He was interested in different kinds of people, what made them tick. He was fascinated by politics. I know he engaged the people who captured him, to try to understand what the hell this was all about.

Q: What was he doing in the Philippines?
He’d been working for a mining enterprise. He then went into semi-retirement and worked as a consultant. He had a boat, and he was sailing in the south of the Philippines archipelago. He stopped the boat at a resort, and he was on a dock when he was captured by the Abu Sayyaf group, along with three other people. The capture was totally random—they just picked you, you, you and you. I don’t think they had any idea who he was. They just assumed if somebody had a 30-foot sailboat, he’s got lots of money. But the reality is that none of the people they captured were particularly wealthy.

Q: How did Ridsdel’s family find out about his capture?
They would have heard about it on the news and saw his picture, and as soon as it happened, they reached out to the RCMP and a number of John’s friends, of whom I was one. I offered to do whatever I could as a private citizen to try to assist them.

Q: There wasn’t any contact with the captives’ families from Abu Sayyaf, they just found out on the news?
It’s a horrible situation. The Abu Sayyaf group—or gang, as I think they have to be called—have been engaged in a military conflict with the government for many years. One of their operating methods is to capture people and then demand a ransom, and then use the ransom to pay for their guerilla military activities. Their ideology is ruthless and narrow in the extreme, and their methods are, to put it mildly, very crude and cold-blooded.

Q: What have you been trying to help with behind the scenes?
There are some things I can tell you and some things I can’t. It’s not just Mr. Ridsdel who is in captivity, it’s three other people—and it’s estimated as many as 20 people are captive in one way or another in the Philippines. I don’t want to say too much that would impede the efforts to save the people who are still there.
I tried to help the family in terms of communicating with the government in Ottawa as well as the embassy in Manila. I wanted to make sure I was in contact regularly, particularly with John’s sister, just to say, “If you feel there’s some line of communication that’s blocked or you’re not sure about something, then let me know and I’ll do what I can.” The RCMP and the government had very close contact with the family members. The deadline for the ransom kept being moved—there wasn’t just one deadline, and there wasn’t just one ransom amount. But the one thing that was clear was that the efforts were to release all of the four, not just Mr. Ridsdel or anyone else.

Q: Given the Canadian government’s stated position on not paying ransom, were there any private or third-party efforts to deliver funds?
A: I can’t comment on that.

Q: When the deadlines were moved, how was that information communicated to the families?
There were indirect communications, attempts to find an intermediary who would have had some experience in this. In the Philippines, this is a regular occurrence. There are lots of other examples where people are released after a prolonged negotiation.

Q: So there was reason to hope there would be a happier ending?
We kept hoping right up until the end, because there are positions that are taken publicly by the captors, and then frequently there’s a last-minute move to try to get some cash. There’s no way of knowing in these situations what the next move would possibly be.

Q: As the deadline approached on Monday, what was your state of mind?
When they announced the April 25 date, I felt that was it—that was the date things were either going to move or not, and if they didn’t move, something terrible would happen. It was the way in which they announced it, and the way in which it had been delayed. It was just a feeling that if they kept moving it, they would feel they would have no credibility, and the military conflict in the Philippines has been intensifying.

Q: When did you find out there had been confirmation of his death?
I woke up in the middle of the night and checked my cellphone and my Twitter account to see whether there had been any news. I fell back to sleep, got into the office early in the morning on Monday, and Joan Ridsdel phoned me and said, “We’ve had some very bad news.” We both had a good cry as we talked about what appeared to have happened. And then there was a brief flurry of not knowing whether or not it was him. Initially, the news they received was that it was him, but the pictures weren’t clear. But eventually, people realized. And when the Prime Minister confirmed it in his announcement, it became very clear that it was John.

Q: That sounds excruciating.
The family was very much aware of the intensity of the discussion in the last few days. They were heroic in terms of their efforts to figure out ways and means of helping their father. They did everything they could, and I think it’s important that Canadians know that, and it’s important that they know that anybody watching what they were doing would have a sense of amazement at their dedication and their tenacity, right up to the end.

Q: Can you tell me about his family’s response to the Canadian government’s policy of not paying ransom?
No.

Q: Lastly, how will you remember your friend?
I have a very clear vision of John as a very open, fun-loving guy who really lived life to the full. He [chuckles] was not above telling ribald stories, he loved a good glass of wine, and good talk with friends. He was a very warm individual and a very engaged man in so many ways. I will also remember what I know—and I can’t tell you how I know—about the dignity of how he handled the last few months. He showed remarkable composure and remarkable dignity.