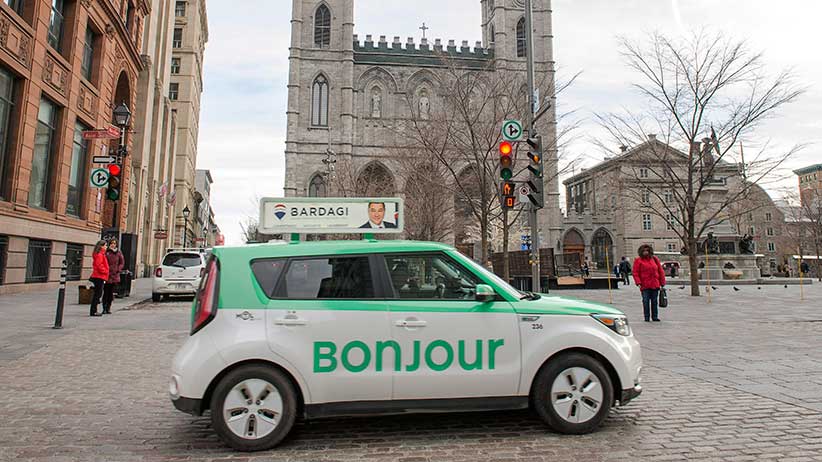 When I interviewed for an internship at the Montreal Gazette in 1989, the papers were full of news about demonstrations and counter-demonstrations over Quebec’s language laws. The province’s premier, the softspoken and deeply tactical Robert Bourassa, had brought in legislation to re-assert some elements of Bill 101 that had been struck down by the Supreme Court.

Because the new law used the Charter of Rights’ “notwithstanding” clause to establish the predominance of French over English on signs, it made Montreal’s anglophones as angry as hell. Because it [UPDATE: No, that didn’t happen until another law in 1993, I’m reminded] , it made francophone nationalists about as mad. Because the whole country was mainlining adrenaline over an ambitious constitutional reform package called the Meech Lake accord (I feel like I should explain that now, but this is already the longest anecdote lede in history; basically, it seemed like the only thing worth arguing about in 1989), the emotions stirred up by Bourassa’s legislation were intense. It would become clear later that the backlash against Bourassa’s language laws had contributed to the eventual collapse of the Meech Lake amendments and, through a circuitous route, to the harrowing 1995 sovereignty referendum.

Anyway, I was a kid from Sarnia. I wasn’t sure I got any of this. “What’s it like living through all of this language strife?” I asked The Gazette‘s city editor.

“If we weren’t covering it,” he said, “you wouldn’t know it was going on.”

This is the thing about language politics in Montreal. It’s a game with many participants but few spectators. It’s addictive fun to play and unbearable to watch. If you’re not arguing about the state of the fragile equilibrium—standoff? Cold war?—between the local francophone majority and the continental anglophone majority, then you’re just living your life. And living your life is almost always very different from whatever the current argument is about.

The latest argument is so stupid I have avoided it for a week. Probably you have heard anyway. Quebec’s National Assembly passed a unanimous resolution urging merchants to greet customers with a hearty “bonjour!”  The unstated subtext was that they should stop there and not add an incriminating “Hi!” in English. In fact, in the motion’s original wording, as presented by the Parti Québécois leader Jean-François Lisée, it wasn’t even unstated. The frequent use of “Bonjour-hi” by Montreal merchants was described as an “irritant,” until Quebec premier Philippe Couillard sat down with Lisée and haggled over the motion, line by line, eventually removing the bit about “hi” being an irritant.

Thus amended—essentially, Say ‘bonjour!’ to customers, because the English language is… well, you know—the motion was adapted unanimously by the National Assembly.

Unanimous motions of the National Assembly are believed, by its members and by about three staffers at Le Devoir, to carry a particular weight, because they mark occasions when the representatives of the Québécois nation put aside their differences to speak with one voice in sacred defence of the besieged descendants of France on American soil. Unfortunately, the rush of passing such a motion must be intense to the point of addiction because for many years now, the members of the National Assembly have been passing so many that by now the effect is ruined.

Here is a partial list of unanimous motions going back to 1960, including 15 so far this year alone. Five in November. On Nov. 14, the representatives of the Québécois nation put aside their differences long enough to demand a share of federal subsidies for electric-car recharging stations proportional to Quebec’s share of Canada-wide electric car sales. Come on. I’m a big fan of the National Assembly, but these days, it’s precisely at its most solemn moments that it’s the biggest farce.

Anyway, here’s this motion from a perpetual-motion motion factory that urges people to say bonjour and to stop right there. Three responses are possible. You could ignore it; you could see a germ of wisdom in it; or you could view it as a slap in the face. Most people have chosen the first response. Advocates of the latter two positions, unfortunately, buy ink by the barrel. Let’s consider those responses in turn.

It’s actually easy, for anyone who’s spent any time in Quebec in the last half-century, to understand why some people are leery about creeping anglicization: if it ever crept too far it would leave no room for French as the living common language of what even Stephen Harper recognized as a distinct nation. When I lived in Montreal, and it’s 23 years since I left, this concern was obvious to most anglophones, especially those my age or younger. It’s why younger Montrealers of any background were usually highly fluent in French, comfortable among francophones, happy to be greeted in any language.

It does seem to me that some of this spirit of bonne entente has faded in recent years. It’s only an impression, but these days it seems that anglos in Montreal mostly just keep anglo-ing. Is it arrogance? Fatigue at being told, in a hundred ways, that no matter how much they conform, they’ll never be francophone enough? Maybe both. But the defence of French in Quebec has always been a defence against English—and yet Quebec has also remained home to a lot of anglophones who understand they can still live very well in the midst of that fight, because it’s never a total war.

As for the notion that bonjour-but-not-hi is an affront to the very existence of non-francophone Quebecers, well, sure it is, if you want to be that way. In the battle to keep French alive in this corner of North America, bonjour-hi is the tiniest conceivable molehill to die on. But precisely so: surely in such a trivial skirmish, it shouldn’t be hard to rise above the fray. The National Assembly’s preferred greeting will be ignored by most Quebecers. Those who do stop at bonjour will not, surely in most cases, be prejudicing the language of the next word anyone speaks. It’s easy to imagine a conversation that goes:

Customer: Bonjour! [Pause] Do you have quarter-inch screws?

Everyone who’s spent time in Quebec and who has even rudimentary French has lived through a thousand variations on that conversation. The long talks in French between anglophone strangers who haven’t yet caught each other’s English accent. The negotiations with someone whose first language is neither English nor French, while each of you wonders which of the two, or a third, would make everything run more smoothly. Repeated interactions with the same merchant or lover or landlord, in French when you’re peppy, in English when you’re lazy. My French is good; most times when I run into Philippe Couillard or Jean-François Lisée, they greet me in English anyway. Most of the time, Montreal is Ground Zero of the proverbial Canada that works in practice but not in theory. Not even the National Assembly, in all its unanimous wisdom, can fix or wreck any of that.

If, by the way, the National Assembly or any other defender of the French language feels like being useful, they can recall that one way to defend the French language is to speak it eloquently, write it with passion and lift up its most elegant practitioners. On that score, French was rather better defended when Lucien Bouchard was the province’s premier than it will be if François Legault, to whom the construction Ce dont on parle seems as alien as Klingon, becomes his next successor.

And to the extent that each of us imperfect vessels is, by adulthood, mostly a lost cause when it comes to improving the state of the language we speak and write, the National Assembly might want to busy itself by figuring out ways to help future generations make Quebec French, with its gorgeous accents and idioms, more often some of the best French in the world. Essay contests, public-speaking tournaments, visits by the finest young writers to the National Assembly to be toasted by the representatives of the nation. You don’t lift a language up by putting another down. Or not only.