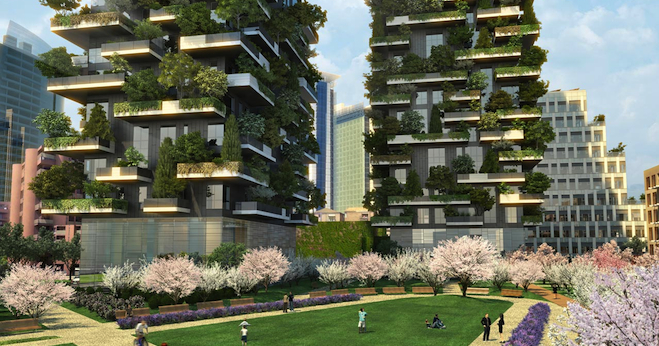 100 Ideas, Inventions & Discoveries That Will Change the World, on newsstands now, looks at 100 of today’s most cutting-edge ideas and inventions, with scientists and innovators explaining everything from dark matter to one man’s plan to start a colony on Mars. You can also check out our ebook edition, 50 Mind-Blowing Discoveries That Will Change the World. Read on for an excerpt:

Global demand for products derived from livestock is expected to more than double over the next 50 years, but livestock production already accounts for 70 per cent of all agricultural land use. Instead of eating steak and pork chops, in the future we might get more protein from what the United Nations calls “mini-livestock”—a.k.a. insects. Not only are they far less resource-intensive to farm, they have a surprisingly high meat yield: 80 per cent for crickets, compared with 55 per cent for beef and 70 for pork. Consuming insects is common in many developing and tropical countries, the UN notes, and is gaining acceptance in the West. Noma, the Copenhagen restaurant named the world’s best for the past three years by Restaurant magazine, has served ants, which taste of “seared lemon rind,” according to chef René Redzepi. As factory farming of large animals becomes increasingly expensive, we might see more gourmet bugs on dinner menus.

Bosco Verticale means “vertical forest” in Italian, and soon that’s what will stand among the skyscrapers of downtown Milan. The project is slated for completion in December and will feature two dramatic, verdant residential towers, 150 and 84 m tall. Planted with thousands of trees and shrubs,they will soar over the city’s Isola neighbourhood.

Italian architect Stefano Boeri, who designed the development, is hoping it will be the first step toward making polluted Milan a “bio-diverse metropolis,” where green space is ubiquitous. Plants, including oak and serviceberry, will be placed on each of the building’s specially designed balconies. They are meant to absorb carbon dioxide and dust particles, produce oxygen, save energy and provide a barrier for radiation and pollution.

Critics have questioned whether or not trees will survive at such high altitudes. But Boeri says he worked with botanists to ensure that the plants are ideally positioned in relation to the sunlight and wind.

Maybe we could cool the planet by making its surface more reflective, bouncing sunlight off the Earth’s surface. One plan suggests doubling the reflectivity of deserts by covering up to 12 trillion sq. m with white polyethylene. We could breed glossier varieties of crops. And in urban areas, we could paint the rooftops and pavement white. Reflective deserts alone could potentially make up for more than half of the doubling of the concentration of CO2 in the atmosphere, according to a 2011 report from the U.S. Government Accountability Office—but it’s expensive. Maintenance alone could cost about $3 trillion per year, and that doesn’t take into account design, testing, building, or any of the other costs.

An American design duo has produced the world’s first 3D-printed bikini. Assembled with thin interlocking springs that hold together thousands of small circles of solid nylon, the suit puts a new twist on the teeny, weeny polka-dot bikini. Born of custom-written code, the N12 two-piece made by Continuum Fashion emerged from a 3D printer with the ability to bend and stretch.

Selling online for about $250, it is one of the breakthrough 3D-printed products in the fashion world, along with jewellery and a wild array of footwear, from flip-flops to killer heels. But the hunt continues for ever-better “digital fabrics” that are soft, breathable and can unfurl from printers as fully formed garments at the touch of a button.

Toxic and sometimes deadly C. difficile bacterial infections are increasingly common in Canada and the developed world, affecting not only elderly patients but the young and otherwise fit. Powerful antibiotics often fail to help, but fecal transplant—when a donor’s stool is administered to the patient’s colon—has shown promising results, likely because the beneficial bacteria in the stool “resets” the patient’s own microbes to a healthy state. Still, there’s the “ick” factor. A team of Canadian researchers has found a way to circumvent this by creating “synthetic poop” that has been able to cure patients of the infection.

This fake stool, called “RePOOPulate,” was made up of 33 strains of bacteria found in a healthy human colon initially cultured inside the University of Guelph’s Robogut, a lab facsimile of the human colon. It’s “way less gross” than having to deal with feces, says the university’s Emma Allen-Vercoe, who oversees Robogut. (The fake stool is a cloudy white colour.)

Allen-Vercoe works with Dr. Elaine Petrof of Queen’s University and the Kingston General Hospital, who frequently treats patients with C. diff and has performed fecal transplants. While fecal transplants can be embarrassing and uncomfortable for the patient, family and even hospital staff, the results can’t be argued with: in a recent study in the New England Journal of Medicine, fecal transplants cured 15 of 16 people with recurring C. diff infections; antibiotics worked for only three of 13, and four of 13, in two comparison groups.

“I think everybody recognizes that stool is great,” but that it’s ultimately less than ideal, Petrof says. “The way to go is a cleaned-up version of that.”

RePOOPulate was administered to two elderly female patients suffering from chronic C. difficile; both were symptom-free within three days of receiving the artificial stool. While it’s still early days before this becomes a widespread C. diff treatment, Petrof is in the process of bringing a “mini-Robogut” to Kingston, which could be a model for hospitals in the future: robotic colons pumping out healthy colonies of bacteria, for transplant into patients who need them.