Kathleen Roussel: 'I am confident that our prosecutors ... exercise their discretion independently and free from any political or partisan consideration.' 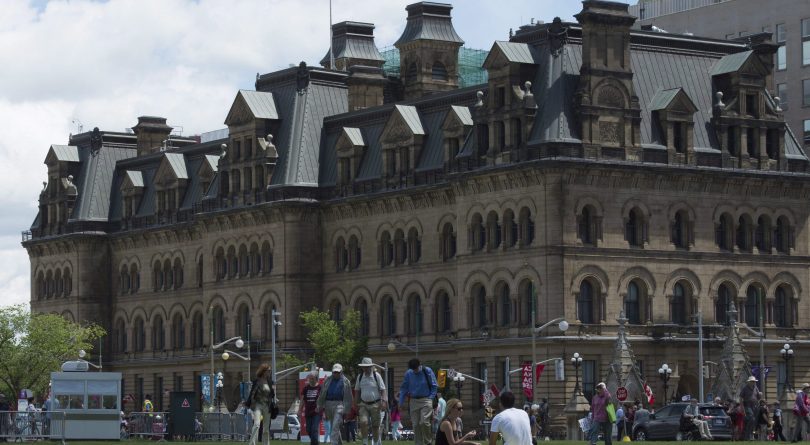 The Office of the Prime Minister and Privy Council building. (THE CANADIAN PRESS/Adrian Wyld)

Earlier this week, Vice-Admiral Mark Norman’s defence team raised questions in his breach-of-trust pre-hearings about communications between the Public Prosecution Service of Canada and the Privy Council Office—the federal department that provides administrative support to the Prime Minister and cabinet. Today, the PPSC released this statement.

In light of comments made in the press regarding the prosecution of Vice Admiral Mark Norman, the Public Prosecution Service of Canada would like to clarify the context of the conversations between PPSC counsel and counsel for the Privy Council Office.

The document was PPSC counsel’s notes of conversations between crown counsel and counsel for the Privy Council Office. In the process of preparing for trial, the PPSC was looking to identify potential witnesses who could explain issues of cabinet confidence, as it is applied by the Clerk of the Privy Council. The PPSC will be producing an unredacted version of the notes on Friday to the judge.

The PPSC has not sought or received instructions in respect of the prosecution of Mr. Norman from the Privy Council Office or any other government department or body. Director of Public Prosecutions Ms. Kathleen Roussel said: “I am confident that our prosecutors, in this and every other case, exercise their discretion independently and free from any political or partisan consideration.”

The principle of prosecutorial independence is key to the PPSC’s mandate. PPSC prosecutors are expected to be objective, independent, and dispassionate in the exercise of their duties, and to exercise those duties in a manner free from any improper influence, including political influence.