The province's new third-party advertising law is already chilling political speech, affecting everyone from left-leaning non-profits to the Canadian Taxpayers Federation. Has the drive for 'fairness' gone too far? 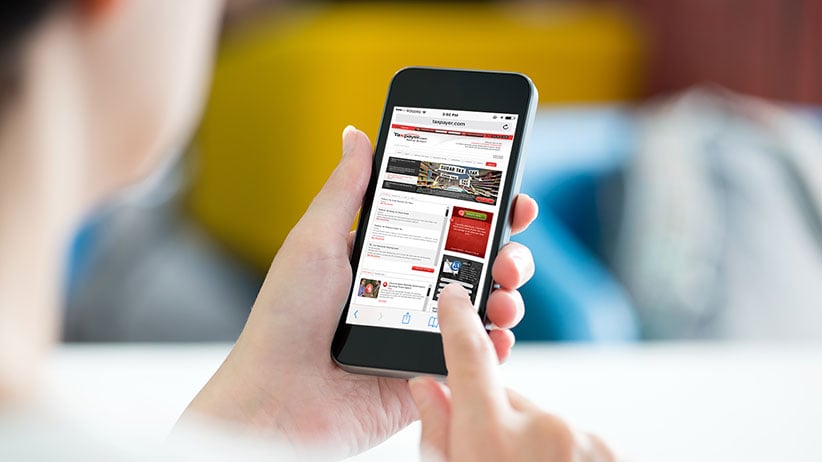 Aesthetically speaking, the website of the Canadian Taxpayers Federation isn’t great. The graphics are outdated. The layout isn’t user-friendly. And the whole site looks terrible on your phone. It could use an upgrade—and if you were to say as much to CTF staff, they’d probably agree: they’re in the midst of an overhaul intended to bring it up to date.

Or at least they were. Things have been up in the air since Elections Ontario officials got involved.

How’s this possible? Here’s where things get a little convoluted.

Ontario amended its elections financing legislation this year, saying political advertising now constituted “advertising that takes a position on an issue that can reasonably be regarded as closely associated with a registered party or its leader or a registered candidate.” And if an individual or organization spends $500 or more on political advertising either six months before a fixed date general election, or during the election period, they must register as a third party with Elections Ontario. That means that, though the Ontario election campaign is still months from starting, the cap on third party spending has already kicked in.

For the CTF to run its websites such as Ontario-targeted StopHighEnergyBills.ca, which would exceed the $500 threshold, it risked being ordered to release the donor list of those who contributed, as election rules require. But the CTF has long promised to keep its donors anonymous, so it shut that website down rather than break its word.

“I was shocked that a site that’s more than a year old and doesn’t mention the election, and aimed at everyone in public life, would be considered political advertising,” Van Geyn says.  “It was not a pointed site. The tag line was: ‘hey politicians, leave our energy bills alone.’” (Notably, the site criticized the positions of all three leaders of Ontario’s major parties.)

So what does this all have to do with upgrades to its primary website? The CTF has also been asked to look into its site’s 20-year online history, somehow pro-rate the amount it has spent mentioning Ontario to see if it passed the $500 threshold during the set time periods. Some things are exempt from the cost tally, such as news releases and opinion-editorials, but any work done on site graphics, for example, is not.

Besides this being an onerous, borderline impossible, request, CTF Ontario expressed concern the planned upgrades could put them over that $500 pre-campaign limit, so it was informed that it might be best to put the new website on hold until after the election.

Never mind that the B.C. Supreme Court struck down an attempt to implement spending limits on third party election advertisers during pre-campaign period in the province, saying it was an infringement of freedom of expression; Ontario went ahead with similar legislation anyways—and the CTF is weighing whether to challenge it in Ontario courts.

Confused yet? To simplify: It doesn’t matter if an organization bills itself as non-profit and non-partisan, or historically been critical of all major political parties.

Cara Des-Granges, an Elections Ontario spokesperson, uses a hypothetical to explain the policy: “If the ABCD Party, any of its candidates or its leader have been running a campaign making mention of a proposal to provide free public transport for all Ontario residents over the age of 65, any advertising by anyone else either for or against this proposal would be considered to be political advertising.” And that applies to print, broadcast, electronic or other mediums.

RELATED: How money and advertising matter now in federal politics

So how does Elections Ontario identify individuals or organizations that are in violation of the new law? Are staff scouring the Internet for offenders? Is the process complaint-driven? Does it keep party platforms and literature on hand for the purposes of comparison? The agency refused to answer, saying it doesn’t comment on its “investigative processes.”

The lack of clarity is of great concern to non-profits on both the left and right of the political spectrum.

“During previous elections, we’ve taken our analysis tool and done an assessment on all party platforms,” says Trudy Beaulne, executive director of the Social Development Centre Waterloo Region. “I know some elected officials for certain parties looked at [our analysis] and said ‘you’re left-leaning.’ But their platform had nothing in it that reflected what was identified as important by the community—and we were just reporting on that.”

Based on its analysis tool, her organization could say whether one party’s platform answered its concerns better than another’s. Now it’s wondering whether to use the tool in the future. “Our concern was that this could be interpreted [as political advertising],” Beaulne says. “Who’s making the decision around the interpretation and what might be some of the repercussions of that?”

Elections Ontario says its chief electoral officer has the final determination on whether or not something is political advertising—and the potential repercussions include the Ministry of the Attorney General referring the matter to police for investigation and prosecution. Fines can range from $5,000 for third parties who fail to file an elections advertising report, to up to $50,000 for unions and corporations who breach the act.

Even without going to that extreme, the mere process required to register could deter many non-profits.

“An organization that wanted to spend more than $500 under these new rules would have to register, and that would pose an administrative burden on them,” says Liz Sutherland, a policy advisor with the Ontario Nonprofit Network (ONN). “We’re worried that non-profits will be worried that it’s not worth trying to figure this out and will sit this [election] out. And then we’ve lost the voices of community organizations in a critical period where people are paying attention to public policy issues.”

Another major concern for the ONN, says Sutherland, is non-profits simply being unaware of this new legislation. “I think the general public understands you can take a principled stand on a policy issue, like the need to access for affordable housing or the need for child care, without that being a partisan statement,” she says.

Beaulne is fully aware of the problems with the new elections rules, yet figures her Social Development Centre Waterloo Region is small enough to fly under the radar. Besides, it doesn’t have a tonne of money to spend. If it had more funds, however, she says her team would be wary of spending it under these new rules for fear of losing charity status.

“It could really put a muzzle on non-profits and charities like ours,” Beaulme says. “I can’t see how we can reconcile charitable status with a registered third party. I don’t see those as compatible.”

Likewise, the Canadian Taxpayers Federation doesn’t believe what it’s doing constitutes political advertising. The non-partisan organization has for decades advocated for lower taxes, an issue Van Geyn agrees is often more sympathetic to the values of right-wing parties, politically speaking, but that doesn’t mean the Conservatives are free from criticism.

When the federal Tories had a majority, for example, the CTF criticized the Harper government for the millions it spent in promoting its Economic Action Plan, as the CTF considered it taxpayer-funded partisan advertising. The CTF has also criticized the governing Saskatchewan Party’s recent budget deficits, by reintroducing a Saskatchewan debt clock, which toured the province to raise awareness of the province’s rising financial liability.

In Ontario, Van Geyn says her team has been critical of the governing Liberals because, well, they’ve been in power since 2007. “We deal with the party of the day,” Van Geyn says. “To say that you’re partisan for criticizing the government is silly. The government changes.”