First Nations and government came up with a plan to save dwindling caribou. The local pushback has been ferocious 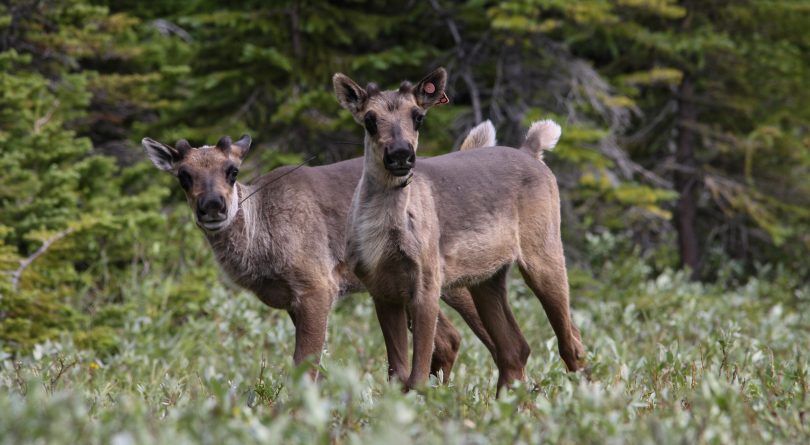 When Roland Willson, the 53-year-old chief of West Moberly First Nation, needs meat for his family he heads into the bush near his home near Moberly Lake, B.C. to hunt moose, elk or deer. But unlike his Dunne-zaa ancestors, he has never killed a caribou, never tasted the meat, stripped sinew for twine or used the sharp, brittle bones to scrape a hide. Willson was just a boy in 1970 when West Moberly and its neighbouring Salteau First Nation placed a moratorium on hunting southern mountain caribou in the region near Chetwynd, B.C., 1,100 km northeast of Vancouver. The Dunne-zaa had noticed a precipitous decline in resident herds and wanted to give the animals a chance to recover. But the numbers continued to plummet. A lethal mix of industrial development and climate change has shifted the delicate ecological balance to the point where many B.C. caribou herds are now endangered. Provincewide, the numbers have dropped from 40,000 decades ago to about 15,500 today. The situation is particularly dire in the Southern Peace River area, near Chetwynd, where the number of animals spread among seven herds has dwindled to 219, from 425 in 2005. “To even see one nowadays is a pretty special thing,” Willson says.

Now, a new B.C. caribou recovery plan, calling for protection of crucial habitat zones, has ignited a feud between local First Nations and townspeople over land use rights. The First Nations say keeping industry and recreational activities out of caribou territory is key to the species’ survival. But local townspeople are worried the plan could trigger a catastrophic loss of forestry jobs and say authorities should instead train their crosshairs on the caribou’s greatest natural enemy: wolves. The predators’ population numbers have exploded despite ongoing culling programs—the result, say biologists, of an ecological chain reaction linked to the logging that provides timber to mills in the area. Non-Indigenous residents want the wolf culls continued, or even stepped up.

READ MORE: Canada can still save these animals—but the odds are long

The plan to save the herds near Chetwynd was revealed to the wider public in early April at a series of tense community engagement meetings in towns throughout the area. It had been developed by the West Moberly and Saulteau First Nations, in partnership with the province and Ottawa. Industry and non-Indigenous community members were not included—but there was reason for that: the plan was conceived as a gesture of reconciliation, as much as environmental stewardship. First Nations in the region view the survival of the caribou as culturally significant and critical to their way of life. So, the negotiations were conducted government-to-government, nation-to nation, in keeping with recommendations of the Truth and Reconciliation Commission and Canada and British Columbia’s commitment to the United Nations Declaration on the Rights of Indigenous Peoples.

To say the least, townspeople felt cut out of the planning. At the Chetwynd meeting, which was recorded by the local chamber of commerce and has had more than 12,000 views on Facebook, residents voiced their frustration.

“We’re extremely worried,” resident Rhonda Pruden, was quoted as saying by CBC. Her husband retired from one of the town’s two lumber mills, and her son still works for one. While she agreed saving the caribou is important, she warned the costs will be enormous. “They’re talking about shutting one mill down and maybe both in order to do this caribou recovery. It would just be unbelievable. That would be the end of the town.”

Another man, a rancher, took the mic and said: “In this province, we can only shoot three wolves. Well, I’m sorry. We got livestock. If I see 10 of them after my livestock, they’re dead.” The crowd responded with raucous applause.

The backlash was so intense that in mid April Premier John Horgan appointed a political rival, former B.C. Liberal MLA Blair Lekstrom, as a community liaison and promised to gather more input before any final decisions are made. 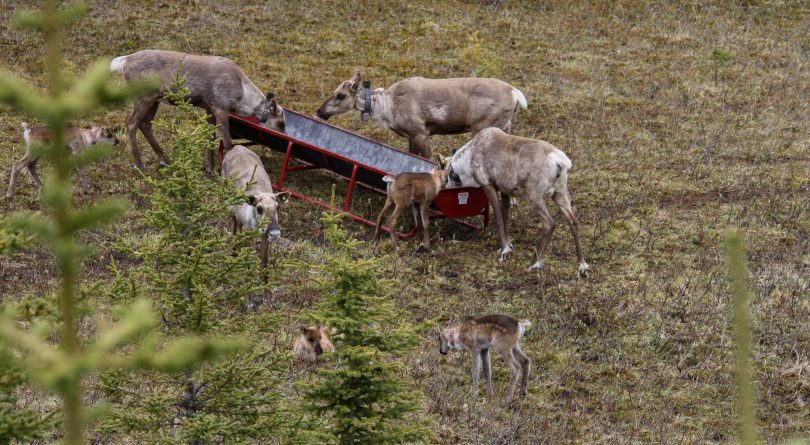 In the larger communities, the recovery plan is seen as a job killer that will erode the region’s economic base and lifestyle which revolves around backcountry access for snowmobiling, skiing and hunting. Recommended logging restrictions could force the closure of one or both of Chetwynd’s sawmills and plunge the community into recessions, says Mayor Allen Courtoreille. “If this was to be implemented today, we would be in real difficult place with our sawmills and our relations with our two Nations.”

But Courtoreille also worries now about keeping the peace. Threats are popping up on social media sites and there have even been some nasty personal encounters. Recently, a West Moberly man at a hockey game with his son was stunned by a hateful comment, made just loud enough for him to hear, Willson says. “There was a group of white guys saying, ‘instead of shooting wolves we should be shooting Indians’.” Courtoreille says relations between people in Chetwynd and the First Nations was amicable until the spectre of massive job losses was raised by the caribou recovery plan. “Hopefully nobody gets hurt, other than financially.”

The rift doesn’t end there. Biologists and environmentalists are similarly at odds about how best to protect the caribou. To date, there have been three approaches: shoot the wolves, the caribou’s primary predator; protect female caribou while they calve; and preserve habitat. Penning pregnant females, which the Dunne-zaa do by netting them from helicopters and confining them until the calves are old enough to run, has doubled the numbers in one herd. Wolf culls are also effective, but they are bloody and many of the same environmentalists who lobby for caribou preservation are petitioning to end the practice. In Chetwynd, that “big-city” sensitivity doesn’t wash. A popular Facebook site where townspeople go to vent, suggests people in Vancouver and Victoria who want the wolves spared should crowd-fund a relocation “wolf drop”—perhaps as a nice addition to Vancouver’s Stanley Park.

Some experts agree wolf culls are an important part of any caribou recovery plan. Rob Serrouya, a University of Alberta biologist who published a paper in the Proceedings of the National Academy of Sciences on ways to reverse caribou decline, says if anything, they need to be increased to be effective. “You have to go in swinging, because if you don’t, they recover right away.” But Serrouya recognizes predator culls are losing social licence, and in any even are only a stop-gap measure. Truly turning things around will also require penning and, ultimately, habitat protection, he says.

The only point upon which everyone agrees is that all efforts so far have failed to solve the problem. Decreases in herd sizes, at least in the Chetwynd area, were first noted after the Williston Reservoir was filled to power the WAC Bennett Dam in 1968, Willson says. The huge lake—B.C.’s largest—severed the animals’ habitat and a subsequent mining and forestry boom further fragmented the herds and opened large tracts of clear-cut land.

Ironically, felling trees improves moose habitat; and with more moose to eat, the wolf population exploded. As roads are cut further up mountain sides to access scarce timber resources, they act as wolf “super highways” leading the predators straight into caribou habitat, says Jonah Keim, an independent research biologist who has studied the impact of industry on caribou in Alberta and Northern B.C. Wolves travel along paths of least resistance, be they roads, seismic testing cut lines or snowmobile tracks, says Keim, who was commissioned to do the studies by the oil and gas industry and B.C. Oil and Gas Research and Innovation Society. His study, published in the Journal of Animal Ecology, showed blocking paths with logs and debris effectively steered wolves in other directions and protected caribou which reside at higher elevations. “I’m not saying it’s the only solution, just that it’s been under-considered as a management option.”

Townspeople in Chetwynd, whose livelihoods depend on forestry and natural resource extraction, want a recovery plan that maintains industry and backcountry access. The stakes are high because the South Peace plan is meant to be a template for recovery efforts in other parts of the province. The rancour it has stirred in Chetwynd, they warn, points to the potential costs of reconciliation for resource dependent towns. Local forest companies claim the cuts could result in the loss of up to 500 jobs. If that happens, everyone loses, says Rodger Roy, general manager of West Fraser’s Chetwynd mill, noting the company’s payroll is $24 million in a town of only 2,500 people. He estimates 15 to 20 per cent of his employees are from the two First Nations, and some people have worked at the mill for more than four decades. “I have to look these people in the face and say we’re doing our darndest to protect jobs here.”

Willson disputes the cataclysmic job loss predictions and points out the plan doesn’t limit mining and leaves many areas still available for timber harvesting. He questions whether the local mills might be using the caribou recovery plan as an excuse to scale back the industry, which post pine beetle epidemic is marginal in the Chetwynd area. “They’ve been talking for a year now about shutting shifts down,” he says. As someone who logged for 15 years, he resents being cast as a threat to the region’s economic prosperity. “It’s sad it’s turned into this blame-the-Indians again.” First Nations and caribou have coexisted for 1,000 years, he notes. “This wasn’t our doing. And caribou deserve to live here as well as anybody else.”