Ghomeshi speaks out about his dismissal from CBC 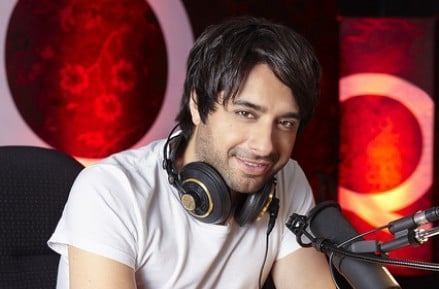 TORONTO — “Q” radio host Jian Ghomeshi says he has been fired from the CBC because they believed his “sexual behaviour was unbecoming of a prominent host” on the public broadcaster.

Ghomeshi made the claim in a startling Facebook post Sunday that surfaced just hours after CBC issued a statement saying they were severing ties with the popular personality because of “information” they’d received about him. After that announcement, a Toronto law firm representing Ghomeshi issued a brief statement saying it would launch a lawsuit against the CBC.

“I’ve been fired from the CBC because of the risk of my private sex life being made public as a result of a campaign of false allegations pursued by a jilted ex girlfriend and a freelance writer,” Ghomeshi said in the post, which a publicist confirmed had indeed been written by the radio host.

CBC says the decision to cut ties with Ghomeshi was “not made without serious deliberation” and that it would contest a lawsuit if served with legal documents. It declined to comment on the Facebook post, citing the pending suit.

In the post, Ghomeshi said he has “always been interested in a variety of activities in the bedroom” but only engages in “sexual practices that are mutually agreed upon, consensual, and exciting for both partners.”

He said he began to date a woman in her late 20s two years ago and that they had an “affectionate, casual and passionate” relationship that involved “adventurous forms of sex.” He went on to say he ended their relationship earlier this year, which upset the woman, and that early in the spring there was “a campaign of harassment, vengeance and demonization” that resulted in “months of anxiety.”

He went on to say in the post: “It came to light that a woman had begun anonymously reaching out to people that I had dated (via Facebook) to tell them she had been a victim of abusive relations with me. In other words, someone was reframing what had been an ongoing consensual relationship as something nefarious. I learned _ through one of my friends who got in contact with this person _ that someone had rifled through my phone on one occasion and taken down the names of any woman I had seemed to have been dating in recent years. This person had begun methodically contacting them to try to build a story against me.”

In addition, he asserted in the post: “Someone also began colluding with a freelance writer who was known not to be a fan of mine and, together, they set out to try to find corroborators to build a case to defame me.”

Ghomeshi said he has been open with CBC about the matter and that he has “never believed it was anyone’s business” what he does in his private affairs but that he wanted his bosses to be aware of the situation.

“CBC has been part of the team of friends and lawyers assembled to deal with this for months,” he wrote. “On Thursday I voluntarily showed evidence that everything I have done has been consensual. I did this in good faith and because I know, as I have always known, that I have nothing to hide. This when the CBC decided to fire me.”

“CBC execs confirmed that the information provided showed that there was consent. In fact, they later said to me and my team that there is no question in their minds that there has always been consent. They said they’re not concerned about the legal side. But then they said that this type of sexual behaviour was unbecoming of a prominent host on the CBC. They said that I was being dismissed for ‘the risk of the perception that may come from a story that could come out.’ To recap, I am being fired in my prime from the show I love and built and threw myself into for years because of what I do in my private life.”

Toronto law firm Dentons Canada LLP says the action will claim general and punitive damages for breach of confidence and bad faith in the amount of $50 million. The law firm said documents would be filed on Monday in court but did not elaborate.

The statement also said Ghomeshi will commence a grievance for reinstatement with the CBC under his collective agreement.

On Friday, Ghomeshi, 47, tweeted that he was taking some “much needed personal time” away from the broadcaster. That came after an emotional posting on his Facebook page earlier this month about the recent death of his father.

It wasn’t immediately clear what would happen to “Q,” a daily national talk show on CBC Radio One and CBC-TV which Ghomeshi co-created. Thompson said “it’s not uncommon for CBC to use guest hosts on Q and that’s what we’ll be doing for the foreseeable future.”

The departure leaves a gaping hole in the broadcaster’s lineup. Ghomeshi was not only a force on radio but did TV appearances as well, and offered a dose of urbane cool to the often stodgy CBC.

“Q,” which launched in 2007, is also broadcast on over 180 NPR/PRI stations and syndicated in the U.S. Julia Yager, a spokeswoman for PRI, said the radio broadcaster will “work with the CBC as they plan what is next for Q.”

Ghomeshi has enjoyed a meteoric rise and publications like the New York Times and Toronto Life magazine have done lengthy profiles on him.

His most well-known interview was his 2009 encounter with Billy Bob Thornton, which became a YouTube sensation. The actor wanted to talk about his musical endeavours and became gruff after the host asked him about his film career.

Ghomeshi is also a published author, with the 2012 memoir “1982” and articles in various papers. He also hosted the CBC-TV program “Play.”

Ghomeshi had been scheduled to host the Scotiabank Giller Prize gala on CBC-TV on Nov. 10 in Toronto. But Elana Rabinovitch, a spokeswoman for the book prize, said in an email Sunday he will no longer preside over the gala.