Canada's Indigenous population is young, but getting older

While Indigenous populations tend to be younger than non-aboriginal Canadians (32.1-years-old compared to 42.9, respectively), the proportion of people aged 65 and older is larger than before. In 2016, more than seven per cent of the indigenous population was 65 or older, up from 4.8 per cent a decade earlier.

Two main factors account for the growth: increased life expectancy and high fertility rates, as well as changes in the way people self-identify on the census.

READ: How ‘race-shifting’ explains the surge in the number of Métis in Eastern Canada

Here’s a look at how the populations break down and compare: 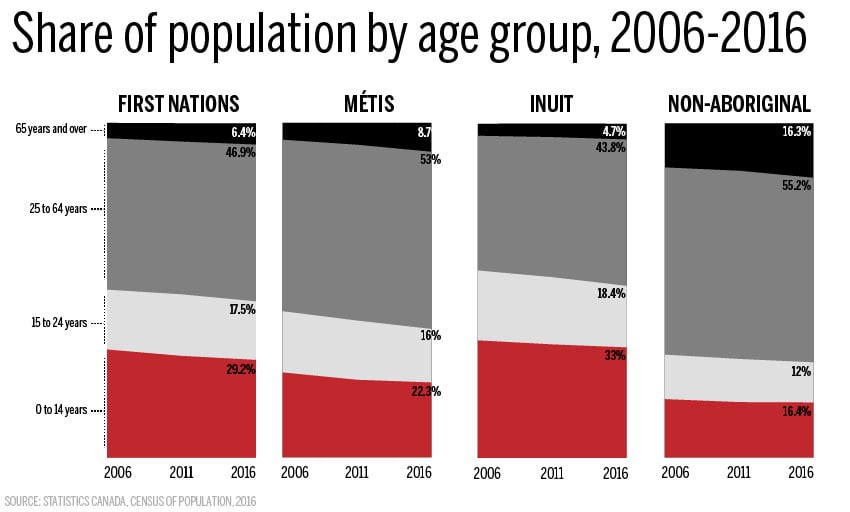