Her heart broke at the injustices she covered and soared at the heroism she felt privileged to witness. She left it all on the page. 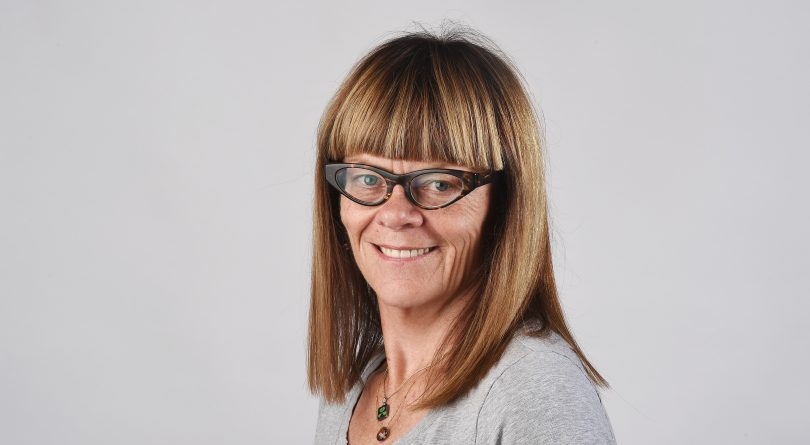 The way the newspaper business is changing, there may never again be a Canadian newspaper writer who commands as much simultaneous admiration, affection, bewilderment and fear as did Christie Blatchford, the veteran columnist and reporter for just about every paper in Toronto, who died this morning at 68.

Blatch, as most of her colleagues called her—she had her own nicknames for some of us, not all of them printable—brought so much passion, energy and heart to her work that she was a wonder to behold. And like any force of nature, she could leave rubble strewn in her wake. But generations of readers at the Toronto Sun, the Star, the National Post and the Globe and Mail—then back to the Post, because who ever really believed the Globe thing could last?—saw in Blatchford a kindred spirit. Her heart broke at the injustices she covered and soared at the heroism she felt privileged to witness. She left it all on the page and went back for more the next day. Her work was a rebuke to the notion that good newspaper writing can ever be just the facts.

“She was the best and most passionate hard news reporter I have encountered in newspaper operations on three continents,” Martin Newland, the former deputy editor of the National Post, said. “She was at the same time tough as an old boot and a big softie, each characteristic coming into play when dealing with victims and perps in her stories. She could make a newsdesk shrink with fear and sometimes had to be handled like a grenade with a lost pin. But her eventual good humour, barked out and rich with expletives, always managed to coax the news editor out from under his or her chair to deal with her. She was feared, but loved. And don’t we all want to be feared and loved?”

All her colleagues saw the best and worst of her, often in close succession. She could be tremendously warm to near-strangers. Sometimes it would last. Others not. Early in the Post days, she sent me a paragraph of praise for one of my columns. I sent back a bashful note, explaining that some element I’d hoped would work better hadn’t come together in the end. She replied: “Yeah. Well, learn to take a f–king compliment.”

But to cover the same story as her was to see immense dedication to the basics of her craft. We both covered hearings in Justice John Gomery’s inquiry into the Chrétien government’s sponsorship scandal. Blatch showed up with a handbag full of old-style 4-inch by 8-inch reporter’s notebooks, and proceeded to fill them, as witnesses testified, at the rate of about one notebook every 45 minutes. Huge, looping script, surely legible only to her. Pen racing close to the sound barrier. Daisy-chaining notebooks the way she did with cigarettes during the breaks. That depth of detail was reflected, day after day, in her dispatches.

Her passion for her work and for the archetypes who found their way into it, in different guises, a thousand times—blameless victim, plucky rescuer, heartless desk-jockey, craven politician—could make her hard to work with. She wrote at white heat, often in sentences even more ornate than the ones I’m using here today, and woe betide the editor who changed a letter of it without seeking her permission. And she was competitive. Colleagues who covered various Olympic Games with her learned early that she wasn’t likely to celebrate their scoops and front-page features. She was likelier to find them in the press centre and vent about their purloined glory. 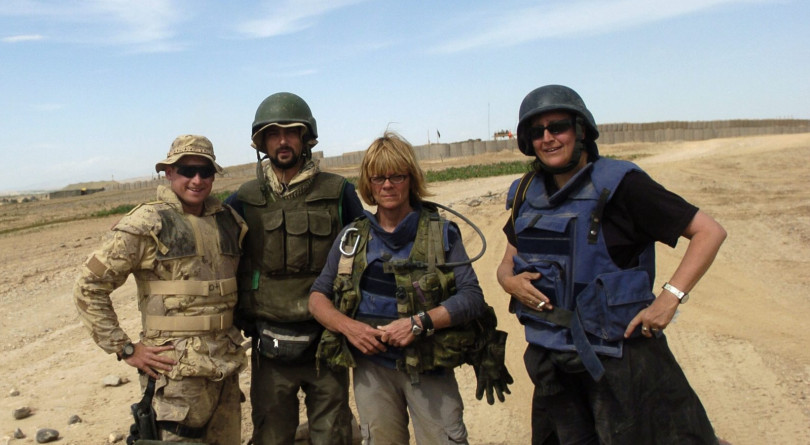 Blatchford and other members of the Canadian press wait to board a helicopter in Helmand province, Afghanistan, in April 2006 (Louie Palu/The Globe and Mail/CP)

But who among us is perfect? And who among us is Blatch? Very different questions with the same answer: nobody. Alison Uncles, the editor-in-chief of Maclean’s, often handled Blatchford’s copy at the Post. One night she made sure the paper had a different front page for its Calgary edition, because she knew Blatchford was vacationing there, and it was easier to put her column on Page A1 than to brave the fallout for leaving it off.

“Nothing drove Christie more than failures of the child welfare system,” Uncles said. “Long after editors—and we worried, readers—grew exhausted with her blanket coverage of an inquiry into the death of Jordan Heikamp, a five-week-old baby who starved to death in a public shelter in downtown Toronto, Christie pushed on. She drove the story onto the front page of the National Post through sheer force of will, and wrote sweeping narrative after sweeping narrative about all the ways the system had failed Jordan. By the end of that inquiry, I believe no one, not one person, cared more about that little boy than Christie did.”

“Christie would weep into the phone during breaks in testimony at almost every trial and inquiry she ever covered while we worked together. She felt victims’ pain acutely, devastatingly so, and she carried the heavy responsibility of telling their stories. As an editor I often endured her famous wrath, to be sure. But she also showed me, almost daily, the kindness and humanity that lay underneath. Her journalism was infused with it.”