Isabella Brearley on falling in love with her adopted home

One hundred and three years ago, Isabella Brearley, then four years old, was in a wheelchair. The fourth of her family’s five children in Aberdeen, Scotland, she’d lost the ability to walk after a bout of rheumatic fever. Every day, her father took her to the North Sea and dipped her legs in its frigid waters, trying to force circulation back into her frail muscles. Through years of slow recovery and periodic Highland dancing, her legs finally healed completely. In the century since—as a mother of three, a tireless volunteer and a seniors’ advocate—she’s never stopped moving.

At 14, resistant to the prospect of having to quit school and work, a fiercely independent Isabella decided to leave Scotland—in her mind, an oppressive, male-dominated country—as soon as she could. “I had to judge and weigh what had to come first, and that was not easy,” Isabella says in a lingering Scottish accent. “The only part worse than that was when you knew you were going to do it, because there was no room to turn back.”

No more than a month after her 18th birthday, Isabella was en route to Canada. With no relatives or friends at her side, she matured quickly. “When I landed in Canada, I was an old woman,” she says, recalling her arrival in April 1927. “I stepped off the boat and instantly became 20. I walked to the first building, opened the door and I was 30.”

Isabella found work in a Hamilton, Ont., hospital. She also fell in love with Canada—“It’s something you can’t put into words.”

Nonetheless, a year later, she was homesick and ready to buy a return ticket to Scotland. Then she met William Brearley. She was leaving an Easter get-together, trying to put a new pair of shoes back on her tired feet when a friend said to William, a quiet and gentle man, “Hey, Chirp, how about you take Isabella home.” They married the following year. She never bought that ticket.

The couple had three children in the 1930s and, when the Second World War broke out at the end of the decade, William went overseas for a time, leaving Isabella to raise the family. Even after her children left home, Isabella’s maternal nature endured. She volunteered with the United Way, the Order of the Eastern Star and local schools. When a local family needed clothes for the winter, she arranged a drive; when a drums corps was missing uniforms, she sewed them herself. 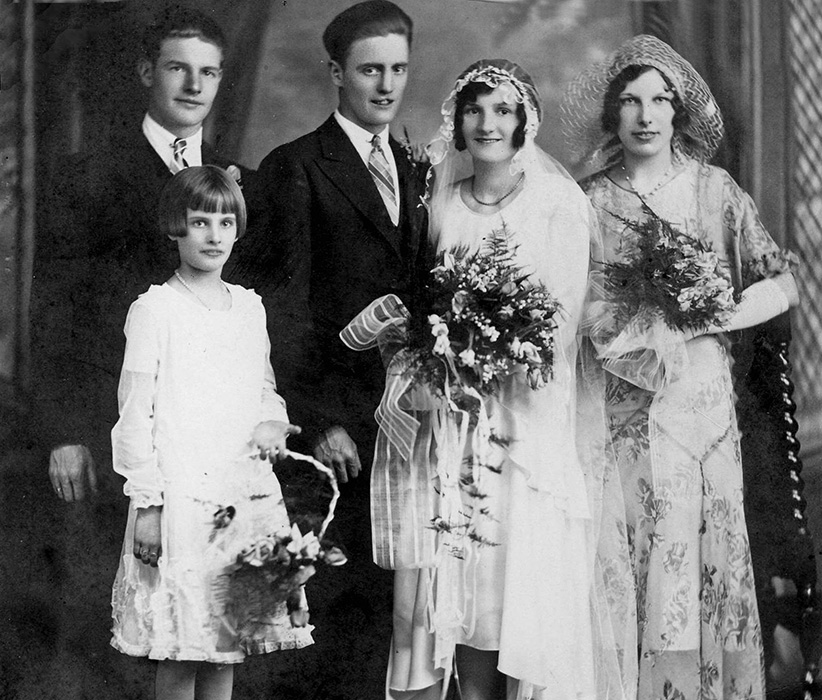 Brearley (at her wedding) came to Canada alone from Scotland. She was about to return when she met William. (Isabella Brearley)

After William died in 1978, Isabella became a champion for the elderly, spearheading a successful effort for a seniors’ centre in Hamilton, finding housing for those who needed it and serving on virtually every board and committee in the city (and earning almost every award possible along the way). She was a regular visitor to city hall, where councillors equally feared and respected her. “I think I’m going to have to retire,” she told her daughter upon turning 100. “They’ve started to think I’m old.”

A framed Queen Elizabeth II Silver Jubilee Medal, awarded for a lifetime of service, hangs on the wall of Isabella’s retirement-residence room in Ancaster, Ont.—a reminder of her natural inclination to lead. She still has a managerial streak, trying to direct the home’s staff as she adjusts to the life of a dependant. As she looks back on her life, she stares intensely into the distance. “I make a choice,” she says firmly, “and wrong or right, I will do it to the end.”