Cover preview: What happened on the Leviathan II

A sneak peek of an emotional reconstruction of the desperate struggle for survival aboard the whale watch cruiser that sunk near Tofino, B.C. 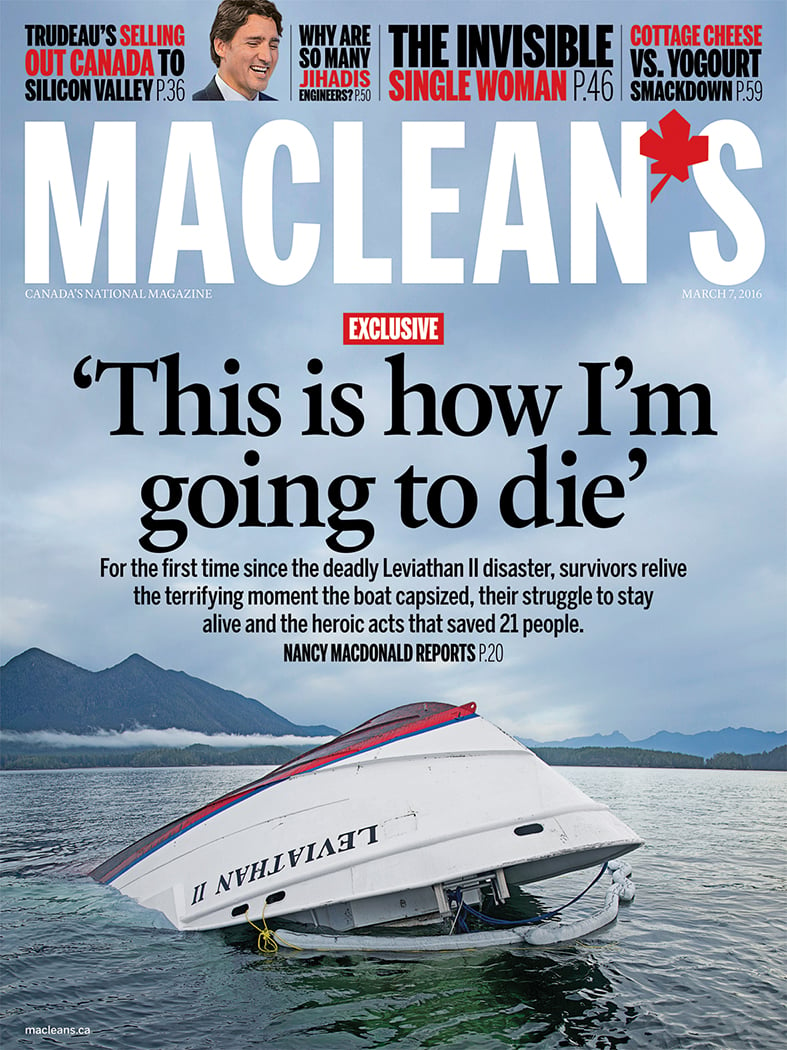 Christian Barchfeld was tumbling around and around—as though in a washing machine—inside the lower deck of the Leviathan II. Seconds earlier, the 20-metre whale watch cruiser had suddenly capsized in the North Pacific, off Tofino, B.C.

“There was no cry, no warning—nothing,” says the 51-year-old dental technician from Burgwedel, north of Hanover. The waves had apparently come charging over the stern and tossed the 33-tonne boat like a cheap, plastic toy.

The roll complete, the quiet, stoic German stood. He was in water to his chest. It was ice cold. All around him it was dark. Through the portholes he could see only water—dark, murky, endless. That’s when it dawned on him: He was standing on the ceiling of the vessel’s lower deck. The roof was now the floor. Barchfeld was trapped inside a sinking ship, kept alive, for the moment, by an air pocket.

This is how I’m going to die, he thought, with painful clarity. Breathe, he told himself. Don’t panic.

The accident made news worldwide. There were three crew and 24 passengers aboard, many of them tourists from Europe. Maclean’s spoke with more than two dozen people, from survivors, to crew, to rescuers, to family members, in order to reconstruct the desperate struggle for survival that followed the boat’s capsize—and the rescue efforts that ultimately saved 21 lives.

Read the full story, and much more, in the latest issue of Maclean’s. Available now for tablet and mobile readers on our new Maclean’s app on Apple Newsstand and Google Play, on Texture by Next Issue, and soon on newsstands everywhere.