COVID-19 in long-term care: a report from inside

Paul Wells: Commissioned by one of the country's largest long-term care home operators, the report takes a hard look at what went wrong and how to fix it 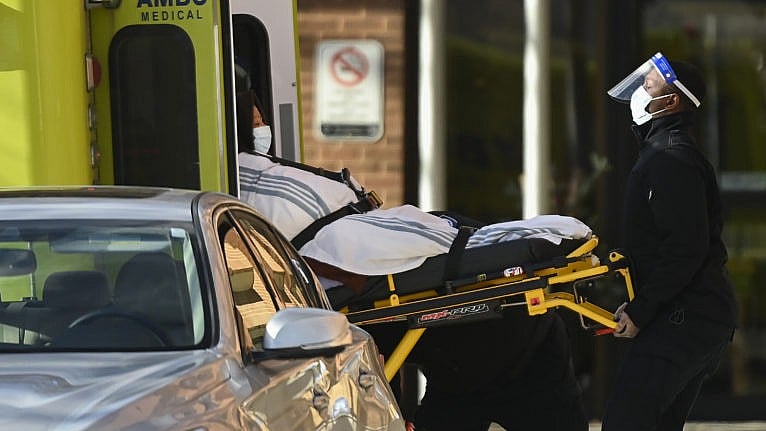 Paramedics take away a person from the Revera Westside Long Term Care Home during the COVID-19 pandemic in Toronto on Dec. 7, 2020 (CP/Nathan Denette)

The report, A Perfect Storm, went online on Monday. You can download it here. It was commissioned by Revera, which operates more than 500 retirement residences and long-term care homes in Canada, the United States and the U.K., including 411 in Canada alone.

Two hundred sixty-six people have died of COVID in Revera homes this year. So is the report a whitewash? A bid for absolution? Readers, including those who lost loved ones, will decide for themselves. From my seat it looks like an exercise in corporate transparency, carried out by people with no particular interest in burnishing the company’s credentials.

The panel was led by Dr. Bob Bell, a cancer surgeon who was deputy minister of health for Ontario from 2014-2018, essentially the provincial Liberals’ last term in office. It includes Vivek Goel, who was founding CEO of Public Health Ontario and has been announced as the University of Waterloo’s next president, and Allison McGeer, one of the country’s leading public-health experts. All of the members worked as volunteers. None were paid for their conclusions. Their report lists dozens of recommendations and includes Revera’s answers. In most cases, the recommendations had already been implemented: they’re the sort of thing that became obvious as soon as the outbreaks began, such as stockpiling several days’ worth of personal protective equipment.

In other cases, Revera simply rejects its own panel’s recommendations as infeasible or ill-advised. “Four-bed resident rooms in long term care homes must be eliminated,” one of the recommendations reads. Revera says it’s trying—in an interview, Bell said the red tape involved in eliminating four-bed wards means that 30 Revera homes in Ontario have been waiting for years for authorization to renovate older buildings—but that “it is not possible to eliminate shared bathrooms in our existing long-term care homes.” Elsewhere, the report suggests having separate facilities onsite to isolate infected patients. No dice, says Revera, because it can’t figure out how to staff such temporary rooms and they would simply “create significant and potentially unsettling change” for residents.

The broader picture Bell and his colleagues paint is of a sector that was caught off-guard. Earlier outbreaks, in Italy and New York, hit hospitals hard, in some cases overwhelming their ability to treat patients. “So the natural concern in Ontario—and I don’t criticize this in any way, these are smart people who I know well, who did the right thing—is they said, ‘We’ve to get the hospitals ready.'”

The result was a detailed defence of hospitals that left long-term care vulnerable. “Coast to coast, the Canadian health system rallied and reorganized to preserve the capacity of its hospitals,” the report reads. “It cancelled elective surgeries, sequestered personal protective gear for hospital staff, stockpiled ventilators for hospital patients, emptied wards and waited in fear for a crush of patients. But the crush never materialized–at least not in the hospitals.”

Instead the outbreak spread into homes for the elderly. Before testing, masks and other protocols could be implemented, most of the damage had already been done: 97 per cent of the 873 resident infections in Revera homes to date, and 90 per cent of 442 staff infections, happened before the week of April 13. “Unfortunately, at the time, the entire country lacked proper testing capacity and the extent of community spread went undetected, as did the cases among staff members who contracted the virus in their communities.”

But any solution leading to more humane and resilient options for an aging population will cost more, and probably the bill is long past due. “With more than 35,000 people waiting for a place in long term care [in Ontario] and few other options to house them, the government has continued to renew nursing home licenses for buildings that fail to meet current Ministry design standards,” the report says.