'I had a dream to wrestle like the Canadians' 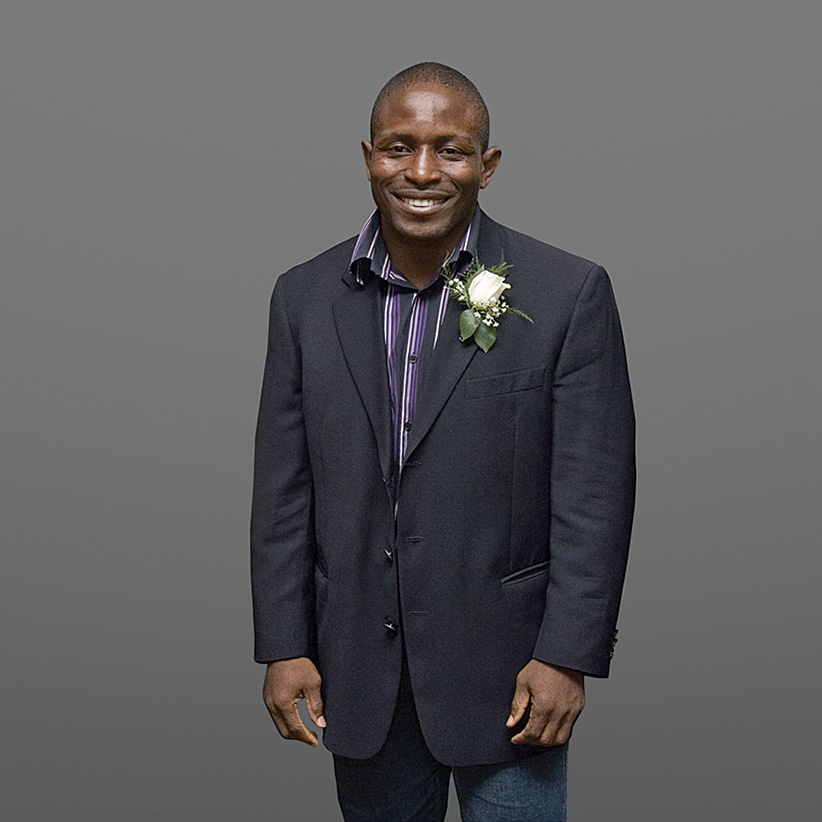 Growing up in the Ijaw tribe of southern Nigeria, one of 21 children in a polygamous family, Daniel Igali watched wrestling matches between neighbouring villages. The sport was a symbol of discipline and character, earning his grandfather a dowry and others, a purse of pride. “All the people we respected and wanted to be like were wrestlers,” says Daniel. “There was nothing else.”

Before he was “Daniel,” he was “Baraladei,” a first name his mother had chosen after finally giving birth to a boy. The word translates from Ijaw to, “I got what I wanted.” Daniel’s father was an accountant, but the money didn’t stretch. The family slept under a thatch roof, moving their mattresses on the rainiest nights to dodge leaks.

When Daniel was 10, an Olympic wrestler visited his school and Daniel attempted the sport for the first time—only to dirty his uniform and get beaten with a cane. Yet he started spending four hours a day wrestling with classmates, learning to clasp his opponent’s head and unbalance him, then target the lower half. “I was notorious for that,” he says. “I was good at leg attacks. I get into a person’s legs and take them down.”

At 16, a scout for Nigeria’s national wrestling team found Daniel. The scout drove him to the city of Yenegoa, where Daniel qualified for the team and began training camp. He was lonely without siblings and sore with a cauliflower ear, but most painful was the 20-km run, endured twice a week, beginning at 4 a.m., before breakfast. “It was a bit like you were in jail,” says Daniel. “Why should I run for over an hour to wrestle a five-minute match? To me, it was senseless.”

Soon, Africa beheld a new champion. An offensive fighter who would score points in the first 30 seconds, Daniel beat contenders from across the continent. “But I knew I needed to learn a lot more,” says Daniel. “I was raw.”

Daniel ripened his skills when he travelled to Canada for the 1994 Commonwealth Games in Victoria. Team Canada won nine out of 10 medals. “From the start of the match till the end, they were in control,” says Daniel. “Everything was superior to what I knew. I had a dream to wrestle like the Canadians.”

When he met one particularly friendly Canadian, Tim Murphy, a volunteer driver for the Games, Daniel told him he wanted to stay and train with the Canadians by claiming refugee status. Although Daniel hadn’t witnessed violence, Nigeria was turbulent. The athlete asked Tim if he could live at his home—and the driver checked with his wife, Susan. “We have this Nigerian kid who would like to stay with us,” Tim told Susan, to which she responded, “Fabulous.”

While studying criminology, Daniel won 116 consecutive matches for Simon Fraser University. He had a 32-inch vertical jump and 420-lb. benchpress capacity, but more importantly, he says the sport made him respectful. “I don’t know of any sport gentler than wrestling,” he says. “You’re not even allowed to touch their eyes. You can’t grab their [genitals]. You can’t twist their fingers. There are a lot of nos in wrestling.” 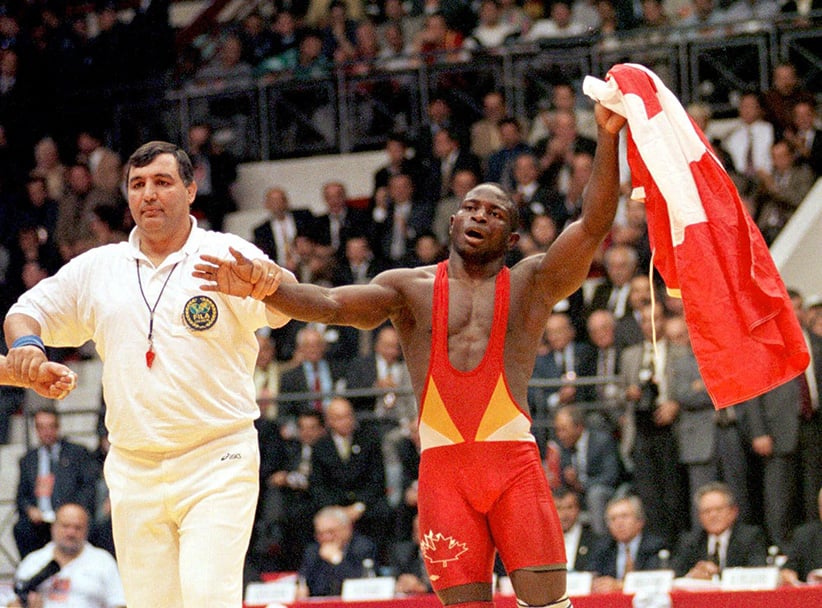 While living in residence, Daniel was formally adopted by his friend’s mother, Maureen Matheny, who also helped him gain citizenship. Maureen was diagnosed with cancer, metastasizing in 1998, leaving her two weeks to live. Daniel almost stayed home with her instead of attending the 1998 World Wrestling Championships. Yet, with her prompting, he competed and secured his chance as an Olympian. “I wanted to be the best in the world,” he says.

He got what he wanted. At the 2000 Olympics in Australia, Daniel faced the defending Russian champion for the gold medal. Though the match was close halfway through, Daniel scored a two-point “gut wrench” and raised the final score to 7-4. When the horn sounded, Daniel had won Canada’s first-ever gold in wrestling; he bounded into his coach’s arms, somersaulted and kissed the Canadian flag. “I was thinking of all the sacrifices,” he says, “how Canada has been so gracious to give me refugee status.”

In 2011, Daniel became a member of parliament in Nigeria and later, coach of the national wrestling team. Seven of his athletes will go to the 2016 Olympics. His proteges live at his home in Yenegoa, together with his birth mother—and photos of Maureen. In his house, Daniel says, “Maureen is everywhere.” — Meagan Campbell