The dark, depraved side of Russell Williams revealed in court

WARNING: Contains graphic testimony that may be disturbing to some readers 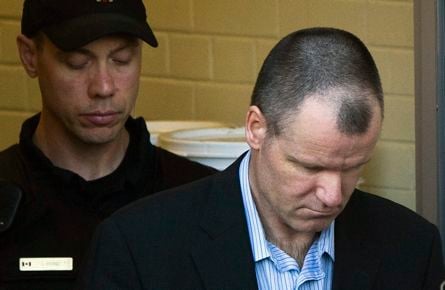 Four days before Russell Williams took command of CFB Trenton, he stood in a neighbour’s backyard for at least half an hour, staring through an open window. It was dark, after midnight, and when the woman inside climbed into a shower, Williams pounced. He stripped naked, headed for the bedroom, and fled the scene with a single pair of black underwear. “Very tempting to take her panties/bra from bathroom,” Williams later wrote on his computer. “Decided it would be entirely obvious that someone was in the house while she was in the shower—took panties from panty drawer instead…”

Later that week, Williams was handed control of the country’s largest and most important airbase. At the time, nobody—not his wife of 18 years, not his close friends, and certainly not the military brass—had any idea that the colonel was harbouring a dark, depraved secret: he was a compulsive sexual predator who stalked his female victims, stole their lingerie, and spent countless hours photographing himself while wearing their bras, dresses and underwear. Some of the bedrooms he targeted belonged to girls as young as 11 years old.

Tragically, Williams’ promotion to the top job at Trenton also marked a turning point in his criminal life. As the disgraced officer later confessed to detectives, when he stood in that backyard on July 11, 2009 (his clothes lying on the ground beside him) his predatory behaviour was “escalating.” He wanted, as he put it, “to take more risks”—and in the weeks to come, he would do just that. By the time police figured out the truth in February 2010, Williams had sexually assaulted two women as they slept in their homes, and raped and murdered two others: Marie-France Comeau, a 38-year-old corporal stationed at his base, and Jessica Lloyd, 27.

On Monday morning, Williams officially pleaded guilty to all 88 charges he faces, including two counts of first-degree murder that carry a mandatory sentence of life behind bars with no possibility of parole for 25 years (when he will be 72 years old). And for the first time, Crown attorneys revealed dozens of “extremely disturbing” photographs and other graphic evidence detailing Williams’ perverted double life—and how it quickly evolved from underwear burglaries to cold-blooded murder.

“I caution the public that these facts will be extremely disturbing and will cause further emotional pain,” warned Crown Attorney Lee Burgess. Behind him, in a bulletproof prisoners’ box, Williams sat hunched over, his eyes staring at the ground. 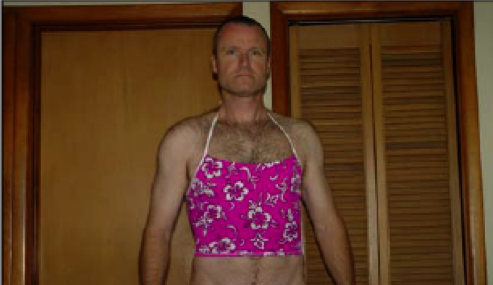 The colonel was meticulous. He planned his targets, staked out houses “where attractive young women lived,” and took a similar pattern of pictures during each heist: first he photographed the bedroom, then the underwear drawer, and then the stolen items, placed in perfectly neat piles. He would then turn the camera on himself. In many of the shots, he can be seen lying on a victims’ bed, masturbating with her lingerie; during one robbery, Williams wiped a girl’s make-up brush on his erect penis. “There is nothing in the evidence to suggest the make-up brush was stolen,” said Robert Morrison, another Crown Attorney. “It was left in her room to use again.”

Williams told police that he preferred women in their late teens to early 30s. However, Morrison pointed out that “females under the age of 18 were either the sole or joint targets of Mr. Williams in 13 of the homes he broke into.” His first two burglaries, in the summer of 2007, targeted the bedroom of a 12-year-old girl who lived directly beside his Tweed cottage (Williams and his wife, Mary-Elizabeth Harriman, were close friends with the girls’ parents, and the mother, in the courtroom on Monday, wiped away tears as photos of her daughter’s room were displayed on two big-screen televisions). His third and fourth break-ins targeted 11-year-old twin girls; Williams photographed himself wearing their underwear.

Every image was more horrifying than the next. Williams lying naked on a girl’s bed, surrounded by her underwear and a large stuffed animal. Williams sniffing and licking a pair of blood-stained panties, and then wrapping them around his face like a balaclava. Williams wearing someone’s Tweetie bird underwear. Williams in an undisclosed wooded area, posing in his latest batch of stolen panties. Before leaving one crime scene, he typed a one-word message on young girl’s computer: “Merci.”

With each new crime, Williams grew more confident—and more daring. He kept a file of police press releases detailing some of his break-ins, an obvious symbol of pride. But he clearly craved more. In September 2009, just two weeks before he graduated to sexual assault, Williams almost claimed a different victim: a 14-year-old girl. 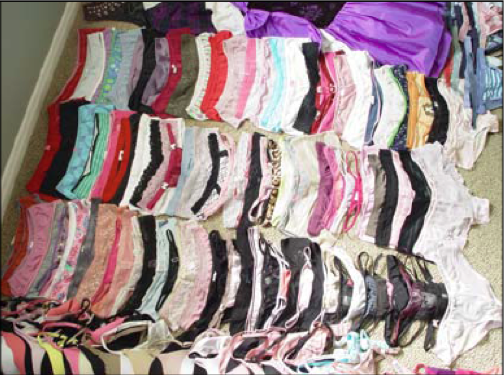 The unnamed girl lived a short walk from Williams’ cottage, and in his own words, he had wanted to raid her bedroom “for a long time.” On Sept. 1, after numerous unsuccessful attempts, he finally managed to get inside. He left the house with five pieces of lingerie—but didn’t actually leave the property. Instead, he hovered in the backyard, took off his clothes and masturbated while waiting for the girl to get home. Her dad arrived instead.

A detective later asked Williams what he planned to do if the girl’s father had not foiled his plan. “Mr. Williams refused to answer the question,” a prosecutor said.

He was a rising star in the Canadian air force, an elite officer who ferried prime ministers and the Queen and later advised DND on the acquisition of multi-million-dollar aircrafts. Williams’ work ethic was legendary, to the point where some colleagues jokingly wondered if he ever slept. “He never showed fatigue,” said one fellow air force officer. “It was a different sort of metabolism at work, and you just assumed it wasn’t nefarious in any way. You thought it was a positive thing.”

Tragically, it was not. Despite the grueling demands of his high-profile posting, Williams found ample time to feed his violent sexual obsession—and then report to work the next morning with the same smile and the same can-do attitude that motivated so many of his subordinates. In one photo disclosed by prosecutors, Williams is wearing a pair of pink panties underneath what appears to be his blue air force uniform.

Williams showed no emotion as the photos were unveiled—one by one, hour by hour. Shackled at the wrists and ankles (but still sporting a military crew cut) he rarely took his eyes off the floor. If he did look up, it was only for a brief moment.

The Crown finished the day’s proceedings with counts 73 and 74 of the charge sheet: Williams’ first sexual assault. It occurred in the early morning of Sept. 17—just hours after the colonel returned from a two-day trip to the North Pole—at the home of 21-year-old woman whose name is protected by a publication ban. Her boyfriend was working out of town that week, and she was alone with her 8-week-old daughter.

Williams briefly watched her sleep, then tied her up, blindfolded her, and took off her clothes. The woman tried to talk him out of it, saying “she was fat, having just had a baby.” Williams assured her that “she was perfect and sweet,” and then proceeded to take photos of her naked body. (After his arrest, he told police that he had initially spotted the woman while out on his boat, and “thought she was cute.”)

On Tuesday, prosecutors will continue reading the “agreed statement of facts,” including details about Williams’ second sexual assault and his progression to murder.