U.S. farmers have too much to lose if free trade in milk and cheese becomes a reality, say experts 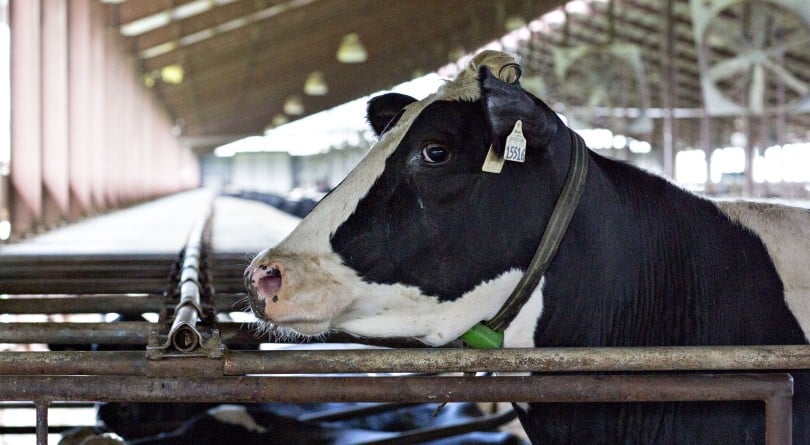 A cow stands in a barn at the Lake Breeze Dairy farm in Malone, Wisconsin, U.S., on Tuesday, May 31, 2016. Photographer: Daniel Acker/Bloomberg via Getty Images

For longtime critics of Canada’s farm supply management system, President Donald Trump’s latest disjointed ramblings about unfair Canadian trade practices are a bit of a gift. Many are leaping at the opportunity to call for an end to the marketing boards that keep prices artificially high for staples like milk, eggs and chicken.

But experts on agricultural trade between Canada and the U.S. are pretty sure the American dairy sector—evidently Trump’s prime concern—isn’t actually eager to see Canada trash supply management and create a truly free-trading environment for milk, yoghurt, butter and cheese.  “Trump might not know what he really wants,” says Toronto-based trade lawyer Cyndee Todgham Cherniak. “But there’s certainly no way he wants us to do away with supply management.”

READ: Will we really sacrifice the Canadian economy at the altar of the dairy industry?

In the highly unlikely scenario that Canada abandoned supply management, throwing its borders open to import competition, Todgham Cherniak says U.S. milk and dairy-product companies likely wouldn’t fare all that well. What they are really seeking, she suspects, is an increase in their guaranteed share of a tightly controlled market—a far cry from true free trade.

“Dismantle supply management? That’s not what Trump wants,” she says. “He is all about managed trade and how he can get more of it. If we dismantle supply management, that allows the Europeans to send more cheese, in competition with the American cheese, which isn’t anywhere near as good. Australia and New Zealand would want to sell us more milk and more butter. So Trump is going to want to keep everybody else where they are, just get more access for the U.S.”

But what about that ocean of milk in Wisconsin alone—just waiting to flow across the border at cheap prices if Ottawa’s tariffs are eliminated—that Canadians keep hearing about? Indeed, the U.S. Department of Agriculture tracks millions of litres of American milk that can’t be sold that are dumped in farm fields annually, along with massive cheese surpluses piling up in warehouses.

However, Todgham Cherniak says that if U.S. producers were suddenly allowed to try to ship unlimited quantities into Canada, they would immediately face dumping and countervailing duty actions from Canadian competitors. That means the Canadian Border Services Agency would investigate to see if they were exporting at prices lower than their cost of production, or lower than the prices they get in their home U.S. market.

READ: A patriot’s guide to shopping during a Canada-U.S. trade war

And that investigation would probably find grounds for slapping duties on those U.S. imports. “Not only would [U.S. dairy exporters] have to say who they sold to, how much for, all that information, they would have to break down all their costs of production, their overhead, their financing costs—everything.” In the end, they might find themselves in the same position as, say, Washington State potato farmers who have faced steep duties on any spuds they sell into British Columbia since 1983.

Sorting out exactly how much government support American dairy farmers receive is notoriously complicated. Mike Von Masson, a professor at the University of Guelph’s food, agriculture and resource economics department, says direct subsidies are often less important than U.S. federal and state government programs to buy up surplus milk and cheese, along with tariff protections not unlike Canada’s.

Still, some support is obvious. On Wednesday, Trump’s Agriculture Secretary, Sonny Perdue, gave U.S. dairy producers extra time to sign up for something called the Margin Protection Program. Under that program, dairy farmers receive government payments based on the difference between milk prices and what they pay to feed their cows. The program reportedly paid out US$89 million in February, March and April. And the U.S. Congress boosted support for dairy farmers under the scheme earlier this year under the Bipartisan Budget Act.

Whatever the U.S. dairy industry and its supporters in the Trump administration are after, they surely aren’t looking to end that kind of support at home as they rail against Canadian protectionism abroad. Von Masson said shipping fresh milk to Canada isn’t that appealing to them anyway, since it is “heavy, perishable, needs refrigeration, and is expensive to transport.”

They are more likely hoping to negotiate a bigger quota for Canada for U.S. industrial milk products and perhaps butter. “This president wants managed trade between Canada and the U.S.,” says Todgham Cherniak, “whereby he gets a bigger piece of the pie.” Trump might have given opponents of supply management a chance to restate their argument, but he’s not really on their side.