There are two Doug Fords. Which one will govern?

Stephen Maher: He can either aim to act like a premier and account for his government’s actions or he can behave like the guy we used to see at Toronto City Hall. 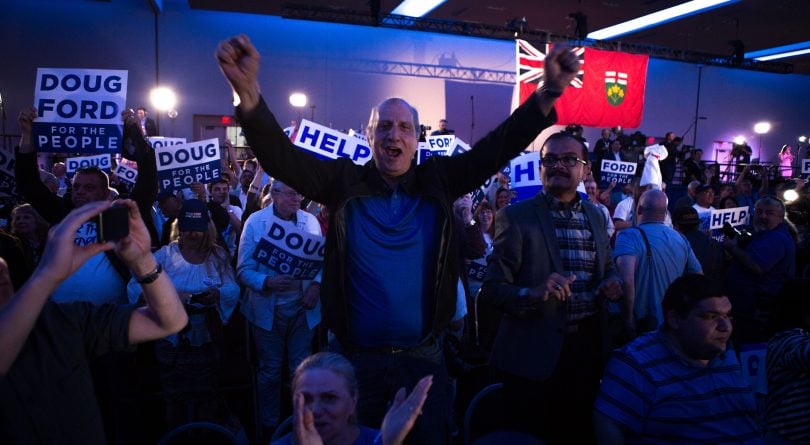 Fasten your seat belts, Ontario, and consider picking up some ear plugs, because Doug Ford has the wheel, and if he is like the other populists elected around the world in the last decade, you can expect an erratic ride and a lot of angry noise from the driver.

It is possible that Ford will grow into the job and strive to deliver a smooth trip without a lot of nonsensical yelling, but I doubt it. That’s not his style, or the spirit of the age.

Experts aren’t sure what is behind the populist wave that has pushed loud-mouthed guys like Ford to the fore in democracies around the world but they point to the 2008 financial crisis, a backlash against feminism and a reaction to increased anxiety about migration.

Canada has been immune until now, perhaps because we were not hit as hard by the crisis as many countries, and for historical and geographic reasons, we have less anxiety about migration.

And Ford did not ride a Donald Trump-style insurgency to take power. He did not, for instance, speak against immigration.

Perhaps that’s because Ford’s roots are in multicultural Etobicoke. Perhaps it’s because the epic failure of Kellie Leitch’s run for the Conservative leadership showed that anti-immigrant messages do not work in Ontario.

Ford even dialed back his anti-elitist messaging — not, I think, because of its laughable absurdity, but because it wasn’t necessary.

Ford, son of a millionaire politician, did denounce party elites when he launched his campaign in his mother’s basement, but his strategists likely judged that he didn’t need to rage against the elites to win an election that was his for the taking.

Until Thursday, the Ontario PCs were the Bad News Bears of Canadian politics, finding ways to snatch defeat from the jaws of victory in election after election as Ontarians stuck with the ethically dubious Liberals. But this one long looked like their election to win. 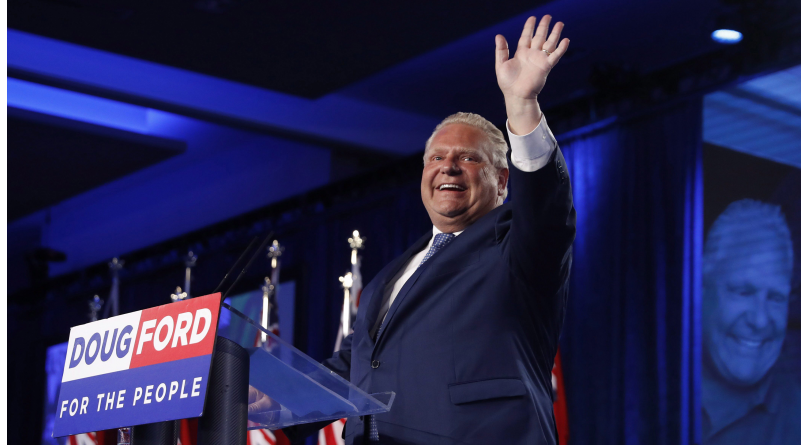 Frustrated Ontario Conservatives, tired of losing, were not going to let this one go, not if they could help it, especially not with a Liberal running Ottawa.

Justin Trudeau’s election likely helped Ford in another way, aside from enraging Ontario Tories: it made available a large number of former politicians and staffers who learned their craft in Stephen Harper’s Ottawa (some of whom have been coaching Ford). As Queen’s Park provided strategic depth for the federal Liberals in their long years in opposition, now it will do the same for the Tories.

Because of the seeming inevitability of the Tory victory, it may be a mistake to read too much into the populist wave that just washed up in Toronto.

Unlike Donald Trump, who propelled himself to power with a mesmerizing mixture of venom and razzmatazz after leading a hostile takeover of the Republican Party, Ford took over a party that was ahead in the polls and proceeded to lose support as the election approached and Ontarians got a better look at him.

As Ford’s lead tightened, he did not campaign like a populist. He shared the stage, appearing at events with Christine Elliott and Caroline Mulroney, and kept his messaging moderate, rather than displaying an over-the-top Trump style.

But for the simplicity of his messaging — which may be strategic, or may be all he can manage — Ford often sounded more like a traditional politician than a shouty populist.

Now that he’s running a province with a commanding majority, he can either aim to act like a premier and account for his government’s actions in a businesslike way, or he can behave like the guy we used to see at Toronto City Hall, where he was often loud and disingenuous.

He looked like City Hall Doug when he took to the stage early Thursday night, preventing networks from broadcasting Kathleen Wynne’s speech, as is traditional.

But he said, as politicians always do, that he would govern for all Ontarians: “To those who didn’t support us, I want you to know we will work even harder to earn your confidence.”

I will be pleasantly surprised if he does that.