In wake of the Orlando attack, Egale’s executive director talks about the 'Grossly Indecent' report and the need to right historical wrongs 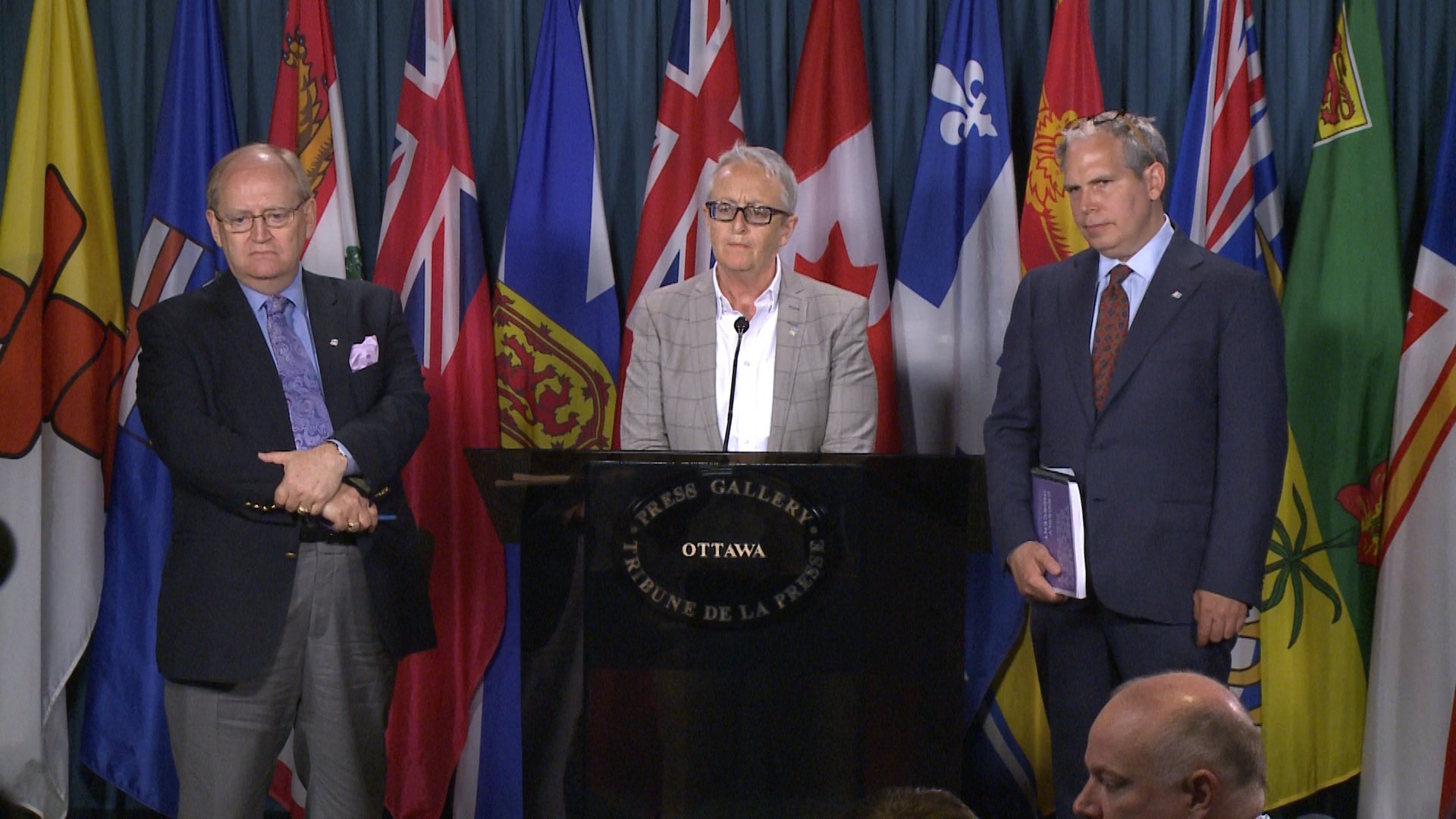 Egale executive director, Helen Kennedy (centre), held a press conference Monday to release the report Grossly Indecent. She’s with constitutional lawyer Douglas Elliott (left) and Todd Ross, who was forced to take an honourable discharge from the army in the 80s for being gay. (Photograph courtesy City News/Ryan Courville)

Less than two days after the massacre at a gay nightclub in Orlando, advocacy group Egale released a new report looking into historical and contemporary discrimination against the LGBT community here in Canada. Supported by over 200 pages of research, Grossly Indecent calls for the Trudeau government to apologize to and compensate those wrongly discriminated against due to past and present provisions in the Criminal Code. The Department of Justice has yet to review the report but, in a statement to Maclean’s, said that the government shares the same values and objectives as Egale, and believes “all Canadians should be free to be themselves, safe from prejudice, violence and persecution.” Executive director of Egale, Helen Kennedy, talks to Maclean’s about the report, and about its importance following the tragic events in Orlando. Read Egale’s full report here.

Q: Tell me about the report Egale released today.

A: Today, the Just Society Committee launched a report called Grossly Indecent, which is confronting the legacy of state-sponsored discrimination against Canada’s LGBTQ2SI communities. So, it’s certainly an historic moment. I mean there’s some pretty clear recommendations in the report that I think are very important for the government to review. We’ve given the government until July 3 to respond and accept the report. And then hopefully we will move forward from there.

Q: What are some of those recommendations that you’ve outlined?

A: There are a number. The next steps are that we want the report accepted in principle. Then we want to look at a mediator who is going to identify the immediate action items. And we have proposed the Honourable Frank Iacobucci and then the mediator’s report after that will come within 12 months.

Q: Was there any hesitancy in releasing this report, in light of what happened in Orlando?

A: Yes, there was. We had arranged this press conference over a week ago, and what happened yesterday really made us reflect seriously about the timing and whether or not it was appropriate and whether we should wait. But ultimately, we made the decision to go ahead, because we think it’s important that we look at a just society and how we develop a just society in all facets of LGBT lives.

What happened yesterday was absolutely monstrous, but at the same time, it’s a sad, sad reminder that we still have a lot of work to do to change a culture, not only in the US and globally, but here in Canada as well.

A: Yeah, I think we have many organizations and allies that we work with in this work and we know many of them have already partnered on this report and helped us to put it together. This is not just a one-organization report. So I feel that the response will be a positive one. I think people will get it, and I think Canadians will want to do the right thing by its LGBT community members.

Q: The report looks at historical wrongdoings in Canada but it also looks at contemporary wrongdoings. How can the events in Orlando trigger some kind of call to action for people here in Canada to remedy some of the homophobia that still exists?

A: I think we’re very lucky in Canada in that we have fought hard for the legislation that protects LGBT members of our community. We’re still working to have gender identity included in the Canadian Human Rights Act, but we’re ahead of a lot of other jurisdictions in that regard. What we need to do now is to look at how we can change a culture, how we can shift the mindset of people to be a more accepting society, a more open society to diversity. And that’s something that has to be done through education, curriculum development in our schools from K right through to post-secondary. And that is something that we, at Egale, are working on very, very hard.

We’ve had marriage in Canada since 2005. But yet, hate crimes against our community in Canada are the most violent of any hate crimes. So it’s not enough to just have the legislation. It has to be done in tandem with the awareness and education around some of these issues.

Q: One of the questions that’s going to be foreseeable with this report is about the compensation that you mentioned. Do you have any idea how many people would be compensated, or if there’s a dollar figure we’d be able to put on that?

A: Well, at the moment, we personally don’t have a figure. I believe that the Department of Justice has understanding of the number involved in terms of the military fee. We have to have a look at that. And one of the things that this mediator and committee will be tasked with is doing outreach across the country to find people who have been affected by this grossly indecent law. I think in the short term, people will come forward and they can access their military pensions and their civil service pensions for example, but we have to move quickly because a lot of our folks now who do qualify are elderly, and we want to make sure that we right this wrong before it’s too late.