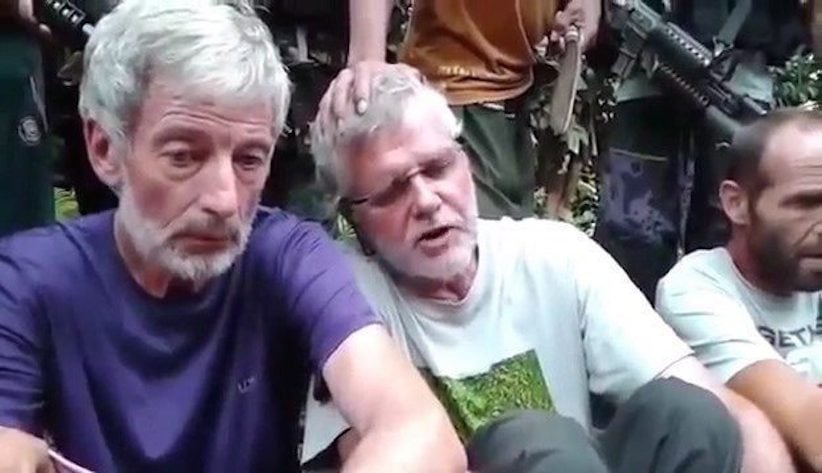 Islamist militants in the Philippines executed another Canadian hostage today—following through on their gruesome threat to kill a second western captive unless a multi-million-dollar ransom was paid by June 13.

Though yet to be officially confirmed by the Philippines government, sources have told multiple media outlets that Robert Hall, a 51-year-old originally from Calgary, was killed by Abu Sayyaf extremists after a self-imposed deadline of 3 p.m. (local time) came and went without a ransom payment.

Hall was one of four hostages kidnapped at gunpoint last September from the Holiday Oceanview Resort on Samal Island. Another hostage, fellow Canadian John Ridsdel, was beheaded on April 25. The fate of the other two captives—Hall’s Filipina girlfriend, Marites Flor; and Norwegian Kjartan Sekkingstad—is not clear.

Hall had appeared in numerous videos released by his captors over the past nine months, urging the Canadian government to broker their release. “I know there’s people that can find a way to do this,” he said in one clip, released a few weeks after the kidnappings. “Please, please help us.” In other video that surfaced in April, Hall said: “I appeal to my family, the Philippine government, and the Canadian government. My specific appeal is to the Canadian government who I know has the capacity to get us out of here. I wonder what they are waiting for.”

Abu Sayyaf was demanding approximately $8 million each for the three remaining hostages.

In a statement released this morning, Prime Minister Justin Trudeau said although Canadian officials are still working to “formally confirm” Hall’s murder, the government believes the reports of his death “are, unfortunately, true.” Trudeau also expressed his “heartfelt condolences” to Hall’s family and friends: “They have suffered a terrible loss, and this is a devastating moment for them.”

“The vicious and brutal actions of the hostage-takers have led to a needless death,” his statement continued. “Canada holds the terrorist group who took him hostage fully responsible for this cold-blooded and senseless murder.”

Canada’s official policy is to not pay ransom to kidnappers, a stance Trudeau repeated this morning. “With the tragic loss of two Canadians, I want to reiterate that terrorist hostage-takings only fuel more violence and instability,” he said. “Canada will not give into their fear mongering tactics and despicable attitude toward the suffering of others. This is precisely why the Government of Canada will not and cannot pay ransoms for hostages to terrorists groups, as doing so would endanger the lives of more Canadians.”

Watch Macleans.ca for updates on this story.