Facing a wall of flame and smoke in northern Alberta

Image of the Week: We're getting better at evacuations, but not at confronting the reason wildfires are bigger and more frequent 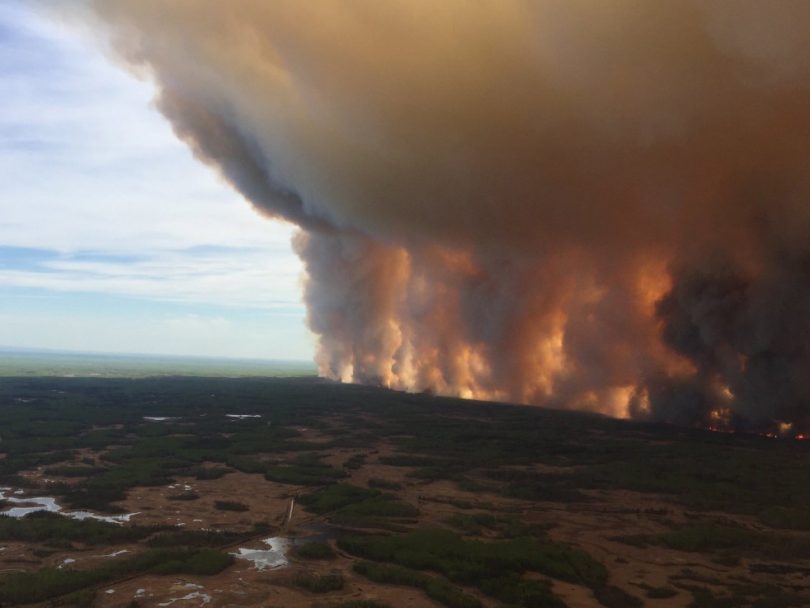 The Chuckegg Creek wildfire burns near High Level, Alta., forcing the evacuations of the town and nearby First Nations communities (@AlbertaWildfire/Twitter/CP)

For residents of northern Alberta, this past May long weekend was marred by the threat of natural disaster. As wildfires ravaged hundreds of kilometres of forest near rural towns, provincial authorities issued an evacuation order, smartly avoiding the threat of last-minute traffic congestion. The most eye-catching inferno erupted near Chuckegg Creek, pictured above, which soon resembled the atomic aftermath of nuclear bomb test site. To date, roughly 5,000 people have fled their homes in High Level, near Chuckegg, and the wildfire has expanded to 920 square kilometres—a wider swath than the entire city of Toronto. Though onlookers have praised the early timing of the evacuation order and the controlled burns that appeared to be containing the Chuckegg fire, it’s worth remembering that such devastation was predictable—and indeed predicted. In December 2018, Edward Struzik wrote in Maclean’s that the recent notorious California wildfires were “a harbinger of what we can expect more of in Canada—maybe in 2019, but almost certainly in the years ahead.” In recent decades, Canadians have witnessed more wildfires popping up, while twice as much of our countryside is being consumed by blazes annually compared to the 1970s. One factor in this year’s early spate: 2019 is an El Niño year, which means the soil in North America’s wildfire-prone areas has dried up faster than normal. But there is no avoiding the fact Canadians are now suffering the reality of climate change. Controlled burns are a reactive solution. If we want to fight these fires by reducing their number, first we must tackle the root of the problem.