Female doctors are on the rise in Canada

The number of female doctors in Canada has climbed dramatically over the past nearly 50 years. Women have gone from accounting for just seven per cent of physicians in 1970 to more than 40 per cent today, according to recent numbers released by the Canadian Institute for Health Information.

According to the recent report, when it comes to younger physicians (categorized as those under 40), women make up 54 per cent of all doctors.

Here’s a look at how the numbers break down: 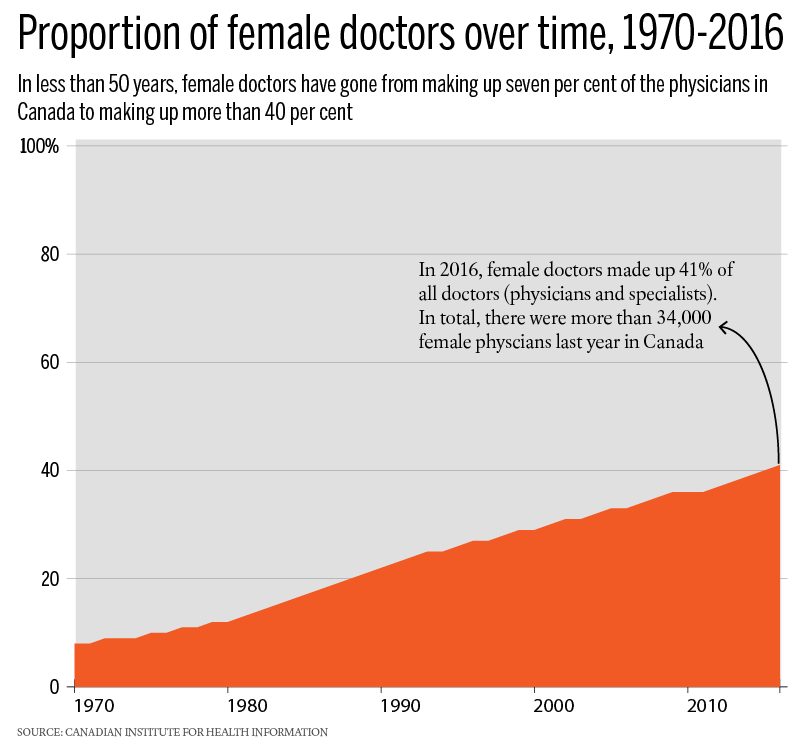 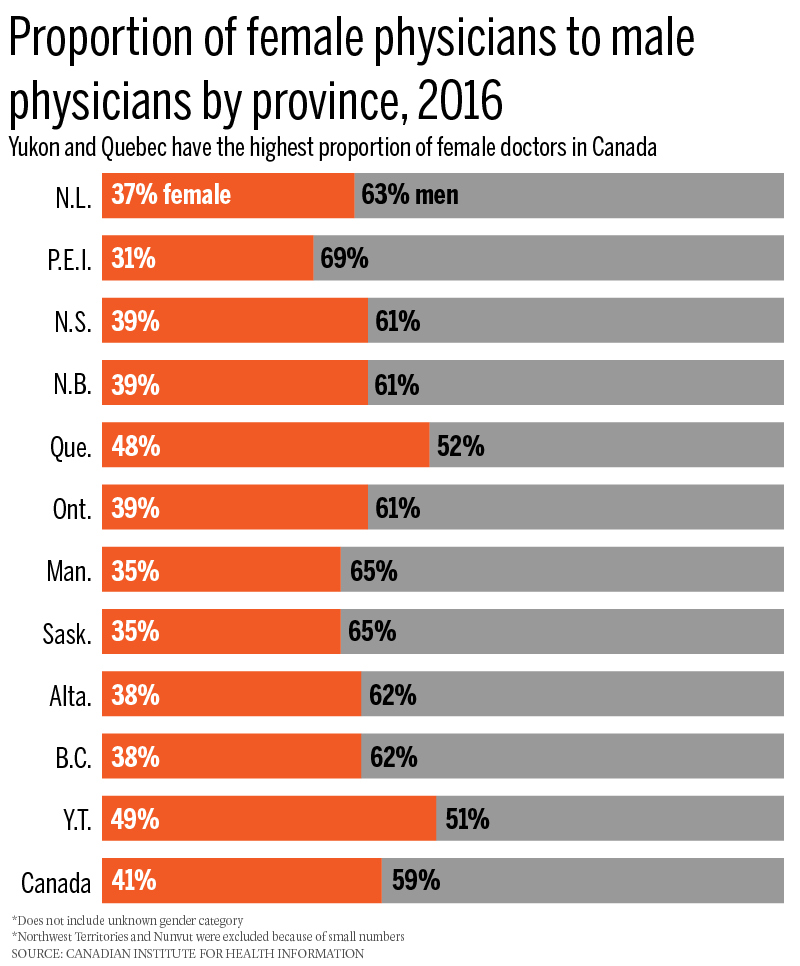