Fort McMurray fire evacuees on what they took when they fled

A year after the fire, residents of Fort McMurray reflect on the decisions they made that day about what to take with them, and what to leave behind

When last year’s fires around Fort McMurray forced residents to leave their homes with only minutes warning, evacuees had only enough time to grab a few belongings. At the time Maclean’s spoke with residents about the choices they made that day about what to bring and what to leave behind. We caught up with several of those residents to see how life has changed.

In Edmonton, May 2016: “Honestly, it hasn’t hit yet, but I’ve come to terms with the idea that it’s gone. There was one little, yellow sleeper of his that I really loved. It was in the basement. I had pulled it out and put it in a pile to bring upstairs. I didn’t think to get it. And now, it’s probably gone. I have nothing of us. It’s sad.

“I had to get clothes and toys for Jax. I knew we’d be travelling for a long period of time. I wasn’t even close to being in my mind. I had a little panic attack on the way out of town. My friend came to my house and we automatically just went with her. Her mom’s house was already on fire. My home is probably gone too. The last update we got was that there were 15 homes burned on Walnut Street, which circles our street, so it’s probably gone. That sucks, but it is what it is.” 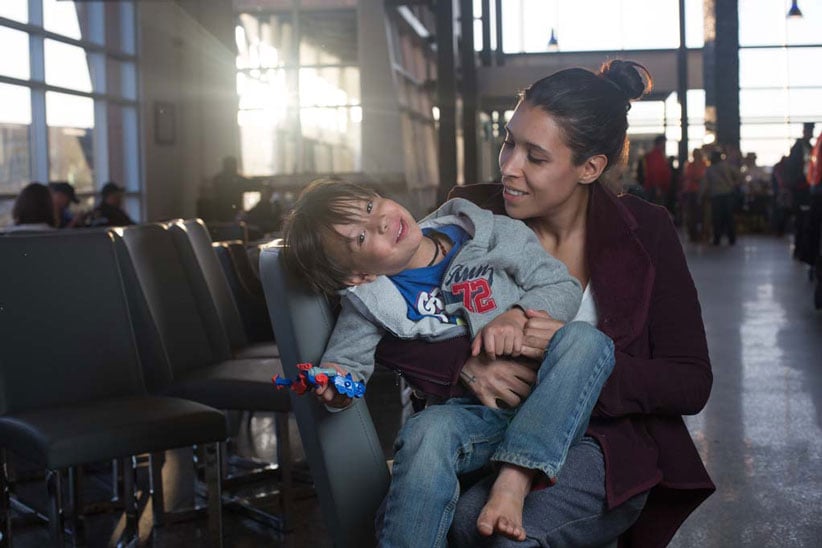 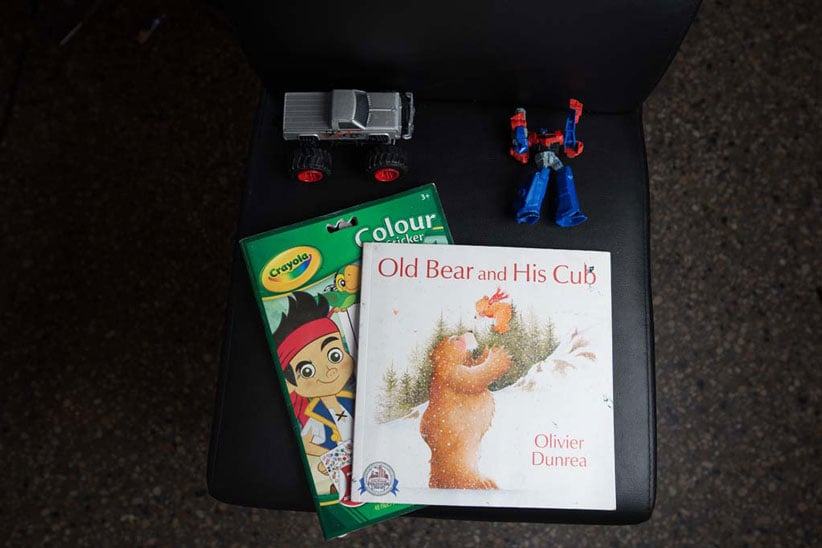 In Fort McMurray, April 2017: “It was exhausting being away from home. It felt almost like I was in jail. I didn’t really have a choice of where I could go, I couldn’t just go home, and I didn’t have a vehicle. It was very stressful.I was born and raised in Fort McMurray. Things that had been here my whole life that aren’t here now, it’s just sad.

“The trees, the saw ridge where I used to go all the time as a child. It’s weird to think that those things aren’t going to be here. The whole back of Abasand is completely gone. I lived out there when I was 23, I got my first condo there. Now it’s gone. I miss the trees. A lot of people don’t like Fort McMurray and we had beauty at least. We don’t have beauty any more. So I want to plant trees. That’s a big thing for me. I‘ll be excited when trees start to grow and it gets greener.” 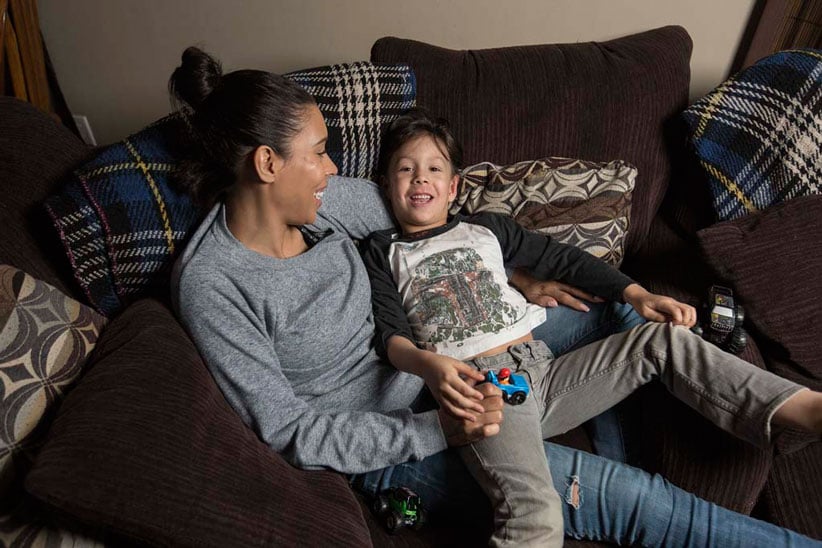 In Edmonton, May 2016: “The evacuation order came down late Tuesday, but I missed it and ended up staying in my apartment all night. So I got up in the morning, and it was crazy, everybody was gone. There was smoke everywhere. It was getting hard to breathe.

“I just threw two pairs of pants and two shirts in a backpack and got out of there fast. There were cars abandoned in the middle of the street. Flames on either side of the road. You could hear those propane bottles popping. Helicopters were dropping buckets of water on the downtown. It was really, really scary. I did have sentimental items in the apartment. My important documents and passport. I just went through a divorce, so there are photographs and cards that are important to me. I hope they’re still there.” 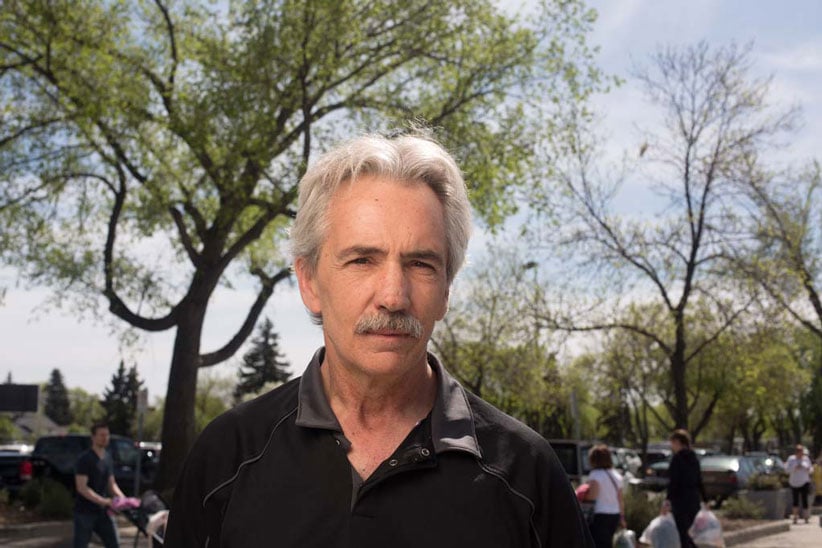 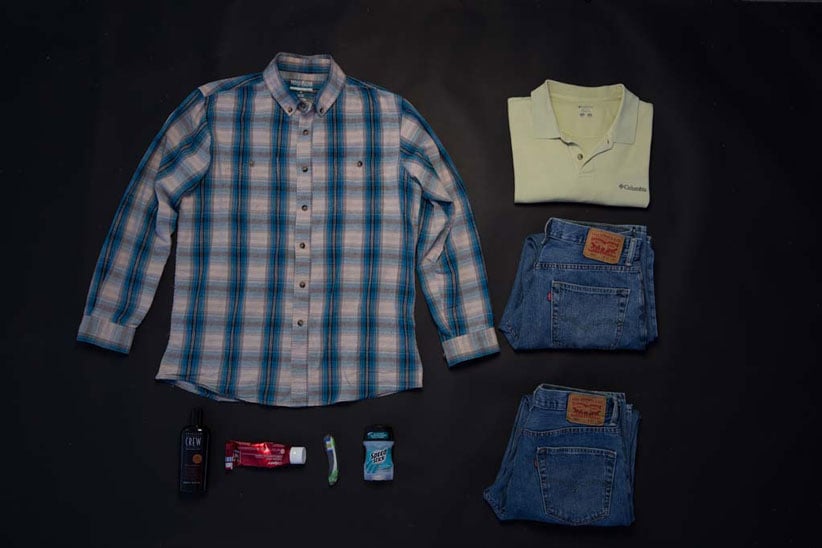 In Fort McMurry, April 2017: “I was so lucky living where I was at. I didn’t even have to reset the clock on my microwave. It completely missed this part of town. Every once and a while I can smell wood burning and it just reminds me of that day again, how crazy it was on that day when everyone was leaving at the same time. When I drove up highway 63, there was fire in places on both sides and propane bottles popping. It was right out of a movie. 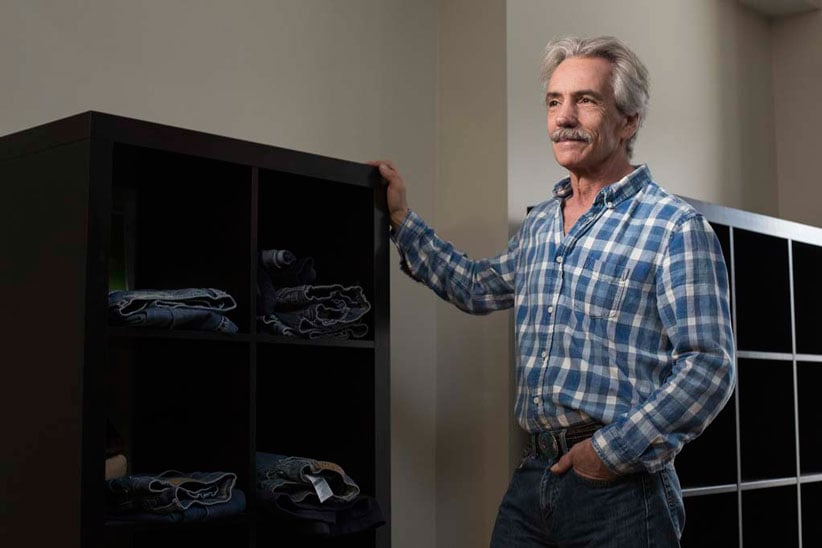 In Edmonton, May 2016: “I didn’t bring anything, just my backpack. I was at school. My dad picked me up and we just went. The sky was smokey and it was orange. We went to pick my mom up, and we waited for my Aunt Carol. It took a long time. My dad didn’t know where to go.

“I didn’t have any clothes. I would have brought my piggy bank, my dragon bank, because I have more than $100. I got it from working hard, on math and reading and playing the piano.” 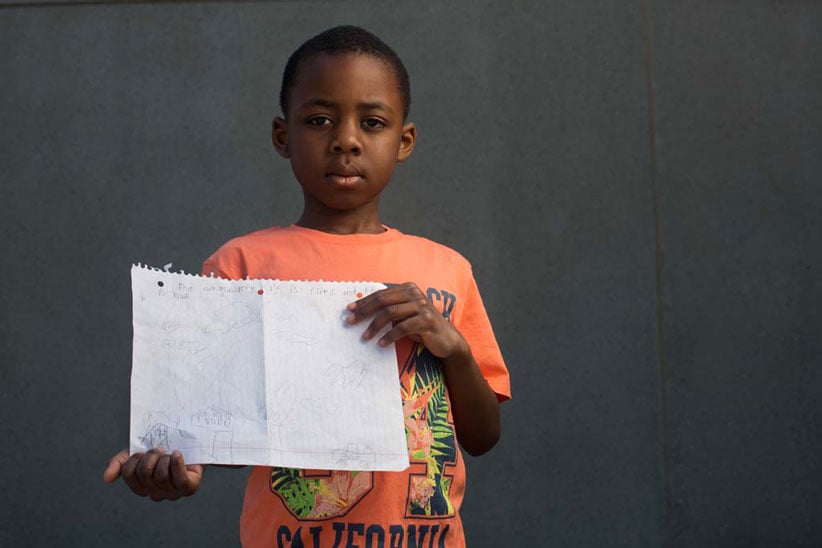 “I drew our house on fire and a tree on fire too. And the police. It’s what I think might have happened. I saw fire and a lot of, lot of smoke. It made me think that all of Canada was burned.” 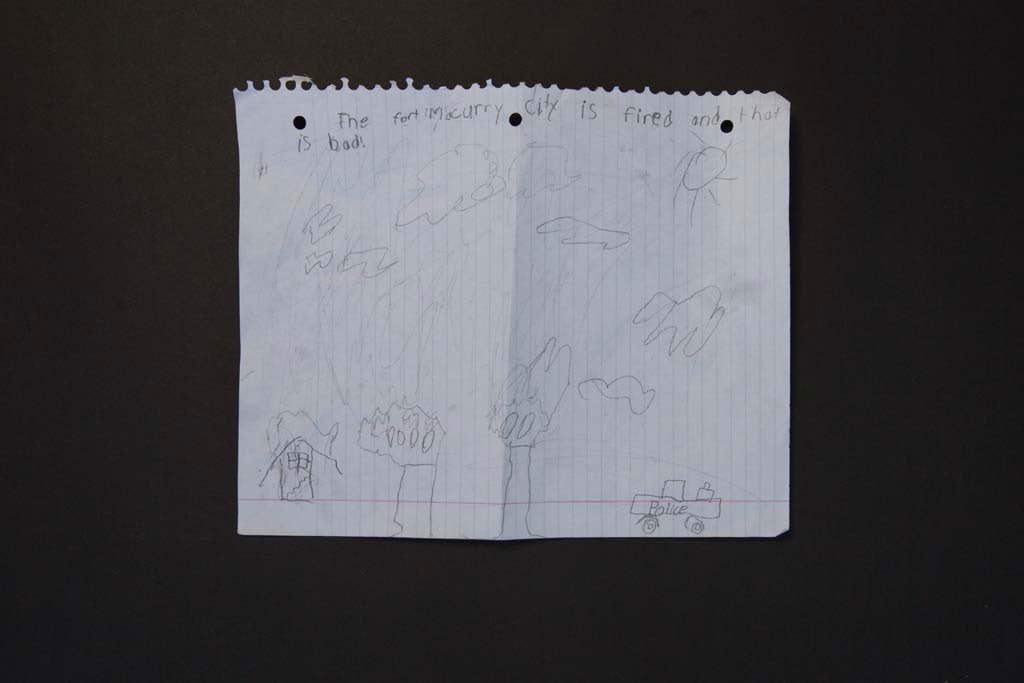 In Red Deer, April 2017: “I drew our house on fire and a tree on fire too. And the police. It’s what I think might have happened. I saw fire and a lot of, lot of smoke. It made me think that all of Canada was burned.” 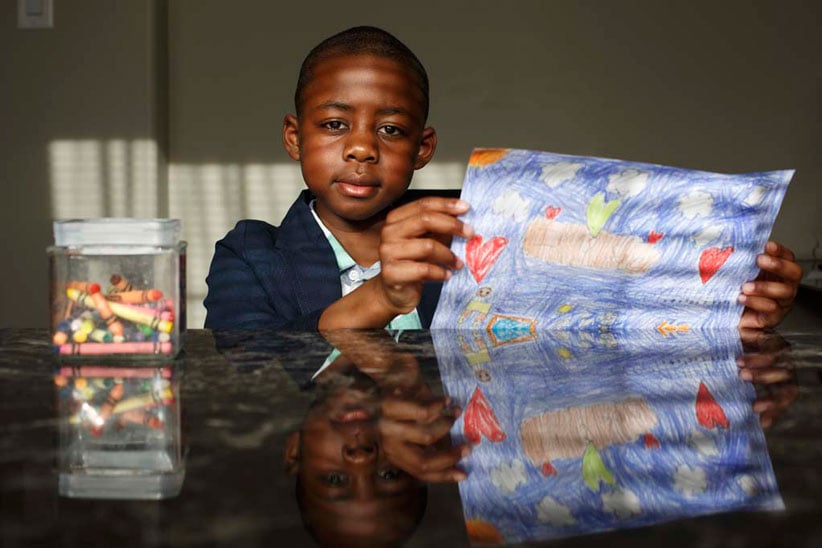 In Edmonton, May 2016: “I was very confused and worried about my home. I picked up my kids from school. My husband had already started packing the suitcases, and I told the older girls to pack themselves. I grabbed whatever I could from the pantry—granola bars, cookies, juice, water. My husband had already packed the documents. My kids and the stuff we needed for travel that was most important. Then I thought of my jewelry, which is very special to me. I have very emotional feelings for it. It is sentimental.”

“In our Pakistani culture, when we are marrying, our parents make jewelry for us. It is special. They are like memories. Every woman likes jewelry. It was the last thing.”

In Edmonton on Friday, May 6, 2016 “In our Pakistani culture, when we are marrying, our parents make jewelry for us. It is special. They are like memories. Every woman likes jewelry. It was the last thing.” 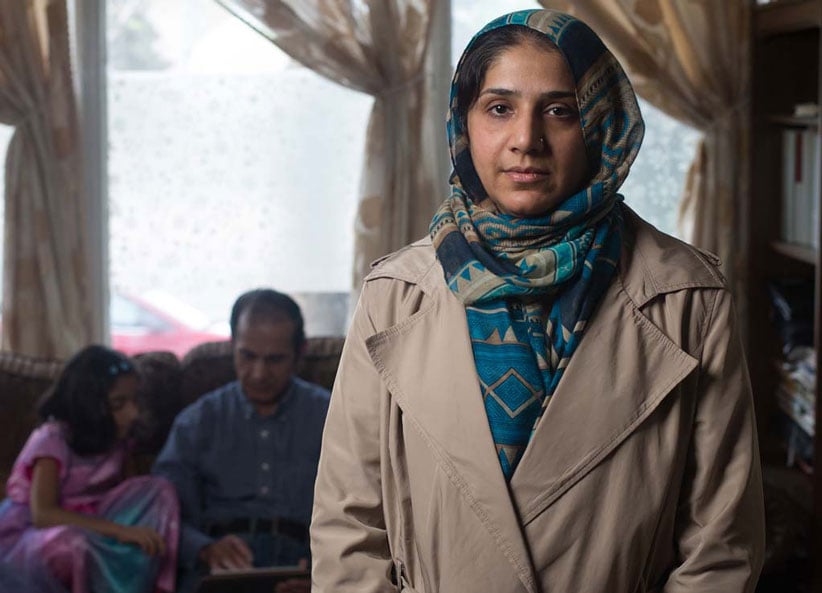 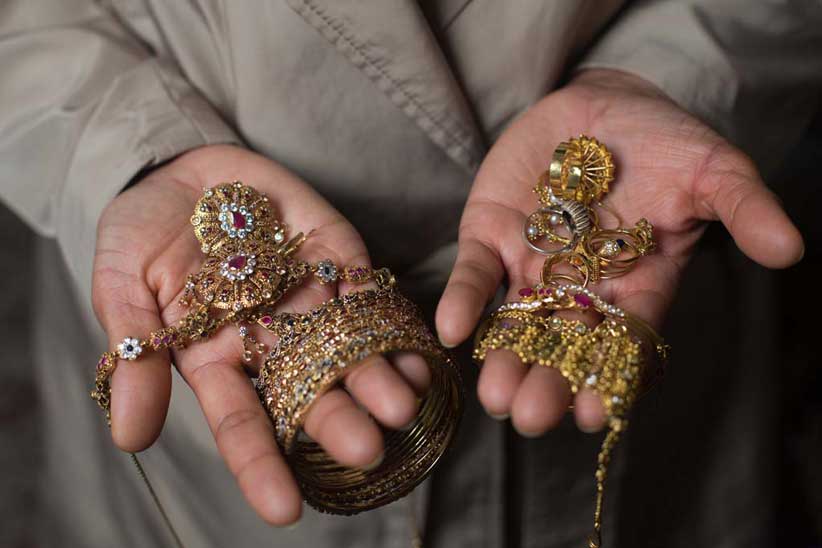 In Fort McMurray, April 2017: “It was kind of a mixture of both happiness and sad feelings. There were burned down houses along the highways. And trees. It was a little bit heartbreaking, the things we saw. Some of our friends lost their homes. But still there’s always a hope. Our house was saved. I can’t tell you the feeling we had to be at home after two months especially because when we were leaving we didn’t know what would happen to us.

“In those days we came back, it was our fasting month. But it was good because our Eid festival was here. We have our own little Muslim circle here so we had our special events and gatherings, everyone was happy to see each other on that day of Eid.

“For my friends who lost their homes, It’s not easy for them to forget everything. It’s been one year but for them, every minute was very difficult for them. But they are happy to have their lives. Life is most important to us. Things we can make again.

Things are happening here and I like it. They are making it better than before.” 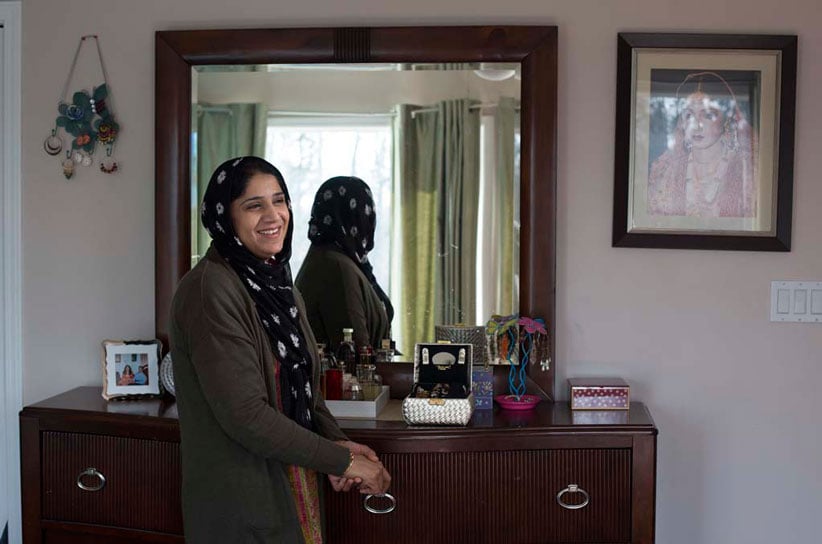 In Edmonton, May 2016: “I’m a nurse at the hospital. I came home Monday and the sky was clear. Still my husband said maybe we should pack a few things. So we packed some bags—about five suitcases and a couple of little bins. [Tuesday] we threw them in the vehicles and hooked up the trailer. We drove through probably two kilometres of smoke and fire before everything cleared out.

“I packed very little clothes. I was going more for the sentimental stuff. My mom and my sister both passed away at young ages, so I wanted to grab things they had given me and things the kids gave me when they were younger. But there’s still stuff I lost that hurt. There was a quilt that me and my brothers and sisters did up for my mom for Christmas 20 years ago, and it was in a closet. Dad had given me one of mom’s necklaces and I thought it was in the one jewelry box that I grabbed, but it wasn’t there. “Our house is gone. One of our cedar trees is still there. The garage is gone. Everything else is gone, except a little piece of the shed in the back.” 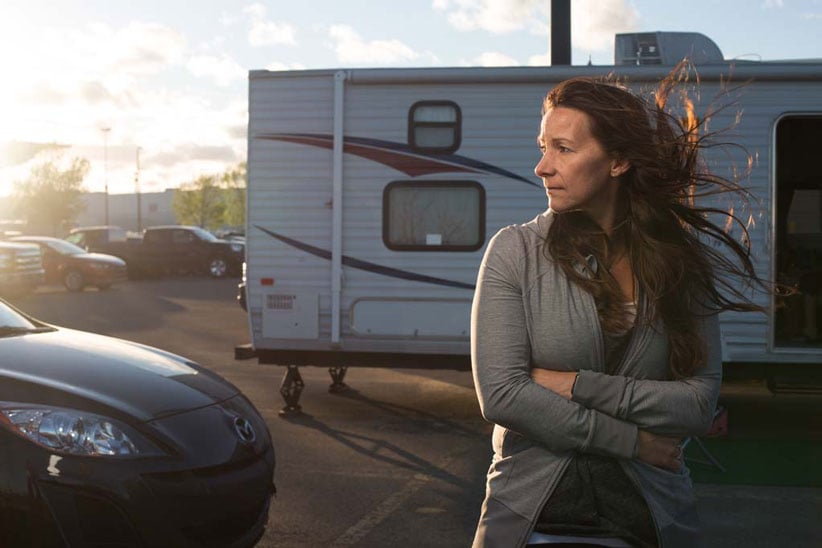 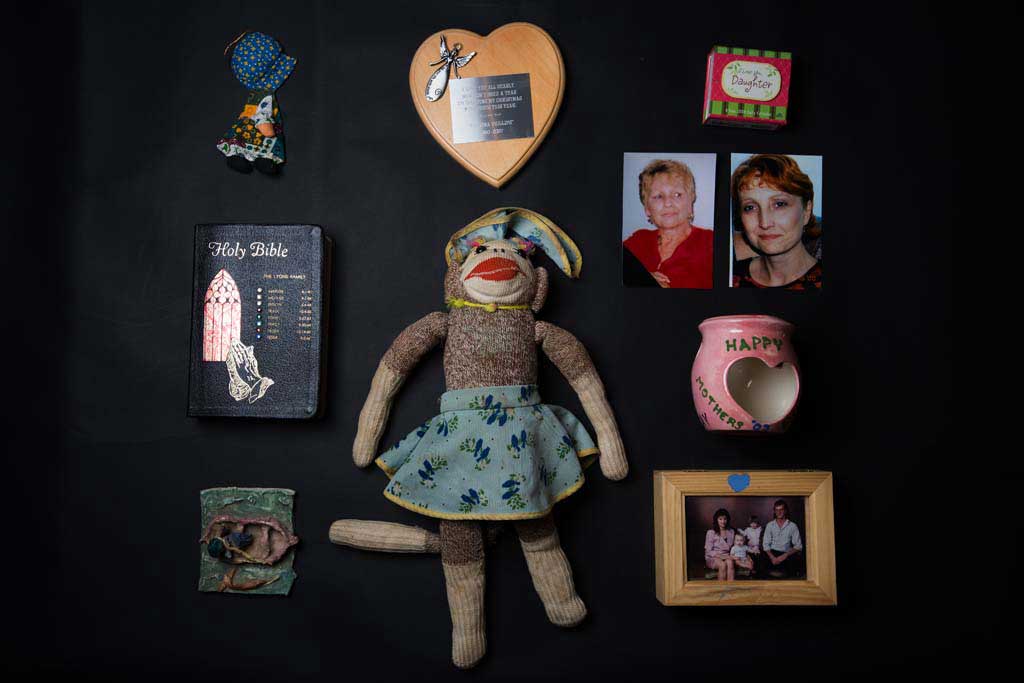 In Fort McMurray, April 2017: “There was nothing to salvage at the house. We had to wear the full protective gear, with the face mask and everything, but even through the face mask it was like you were swallowing ashes. We didn’t stay very long. Even my husband’s toolbox– he managed to pry the door open of the top one and there was nothing in there, just the ash of a measuring tape.

“You get comfortable in your life, with my job at the hospital and the people here. I miss the people, my friends, the work environment at the hospital. But it’s a decision we were forced to make earlier and it worked out for the best. I work at the children’s hospital now in Calgary and I find that so much more rewarding in some ways. And my children work down there. When you go through something like this you realize just how important your family is.

“One of my ways of living now is I don’t acquire anything. I don’t want things. I would rather have my family and spend time together. Things just gather dust and don’t mean anything.

“One of the things I thought I didn’t get was my mom’s necklace that my dad gave me when she passed away. I found that necklace in the bottom of a jewelry box a couple months later. And even then, not to take away from what people lost and what I lost, but after you lose it all you realize it’s just stuff.

“My motto in life right now is that things could be worse. So if you have your health and your family, count your blessings.” 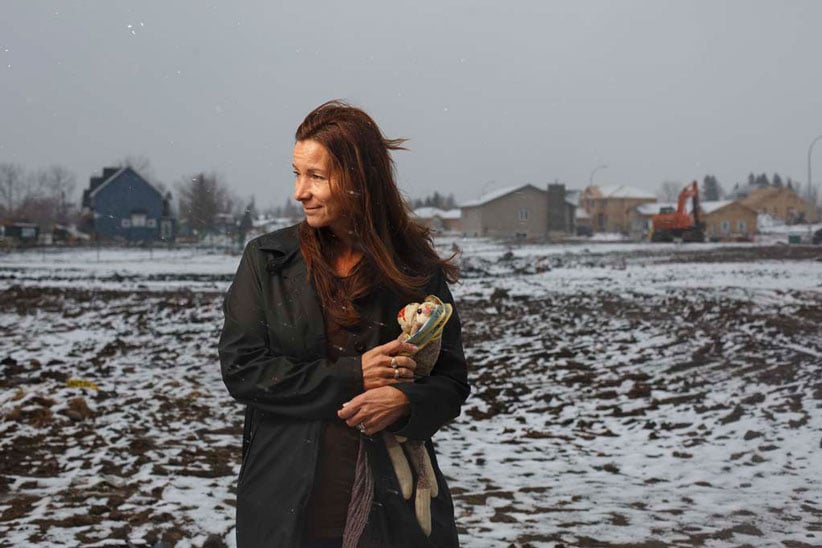