‘Joey Smallwood came to my place to play cards’

Frances Peddle was born a quarter-century before electricity came to Green’s Harbour, Nfld. The small seaside settlement, carved into the south end of Trinity Bay more than 100 km west of St. John’s, was home to roughly 600 fishermen, ship builders and farmers. Frances, who lived with her parents, three sisters and four brothers, spent her childhood fishing in the woods and attending the local school.

Frances left home at 15 to work as a housekeeper: first in St. John’s, then in Montreal (where her sister lived) and, finally, in the western Newfoundland town of Corner Brook, where she met her first husband, Bob Bernard. Together, they had six children, and befriended a young newspaperman and politician named Joey Smallwood. “He came to my place to play cards lots of times,” she recalls of Smallwood, who as premier who would spearhead Newfoundland’s entry into Canada. “Nothing much to it.”

For 40 years, Frances worked every inch of Corner Brook. Park Street Public School, government offices, the newly founded Bowater pulp and paper mill, the homes of wealthy families—if there was a building in town, Frances had likely cleaned it. “I used to leave early in the morning and come back at night, sometimes past 12 o’clock,” she says.

After Bob’s death in 1956, Frances spent another decade there before returning to Green’s Harbour to care for her mother. She filled her newfound free time by joining the Ladies Orange Benevolent Association, a Christian volunteer group that she eventually led, and the Anglican Church Women’s Group, of which she’s a life member. In 1968, she married Elijah Peddle, a father of eight she’d met at the Legion, and extended her already sizable family. When he died 20 years later, Frances, then 82, moved in with her daughter Margaret and son-in-law Ivan. “We didn’t have to do nothing,” Ivan says. “She washed the dishes. She did the laundry. She cleaned the house from one end to the other.” 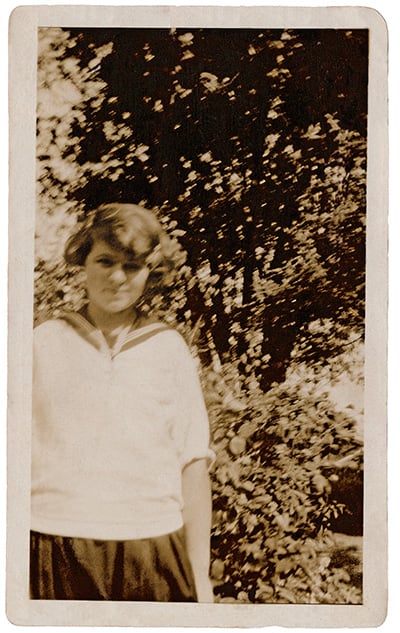 She seemed indestructible: at 95, Frances was on all fours scrubbing the floors; at 102, she had a knee replacement; at 103, laser-eye surgery; at 104, a broken leg; 105, a broken femur. “She got up and walked away every time,” says Ivan. When she came to after her last operation, he recalls, she started bickering with the anaesthesiologist. “She woke up, frisky as she was, with her two fists fighting—in a nice way.”

Now the oldest woman in Newfoundland, Frances has her fans. Last year, she was fêted as an elder at a local pow-wow. Even former premier Danny Williams felt flattered when she stopped by his office, sat at his empty desk and wrote him a letter that politely chided him for missing her visit. And once—while Ivan and Frances made a pit stop in Corner Brook during one of their long, scenic drives across the island—everyone turned their attention to Frances. “Oh my gosh, they must know me,” she said. “Mom,” Ivan told her, “at your age, everybody knows you.” — Luc Rinaldi