Getting real about kids and social media with Tracy Moore

With parents concerned about what to share on the Internet, we asked a media maven about her approach 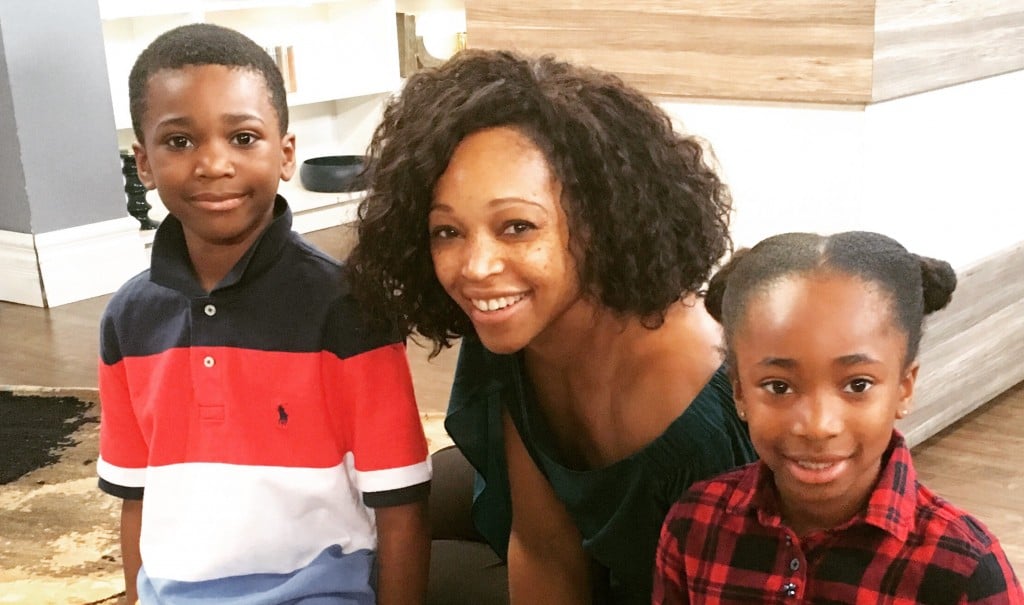 She’s got a talk show, a clothing line and 64k followers who hang on every #OOTD, #girlswholift and #cuddlepuddle family shot. We put Tracy Moore in the hot seat to ask how she finds balance on social media and what lines she won’t ever cross.

How and when did your family life become part of your brand?

When I was pregnant with my first baby, working as a live reporter on Breakfast Television, I started a blog called Baby Steps on the City News website. I don’t know why I did it. I think I was looking for something I could carry over to my mat leave. I didn’t want to be out of sight, out of mind—viewers can forget. I would try to do an entry a week and I was surprised that people were interested; I was getting lots of comments. Then, on the Mother’s Day after I had Sydney—the worst day—I totally lied in my blog post. I wrote, “I’ve wanted so long to be a mother, it’s so amazing, I can finally celebrate Mother’s Day.” I was going through postpartum depression and I was lying. A couple of weeks later, I decided to tell the truth. I wrote a post all about my depression and the response blew me away. I remember sitting there at my keyboard—it can be very isolating sitting at home with a baby—and I just remember bawling my eyes out at all of the responses, all of the people who thanked me for being honest and real, and they thought something was wrong with them, that they were really sad and didn’t know what to do. And I laid out my whole process, how my husband cut my food into bite-sized pieces for me so that I would eat, how he called my friend to ask her to talk to me.

So it was after all that I thought: Wow, people are really interested. And then CityLine started, which marked the transition from news to lifestyle and my boss kept telling me: You need to put away the news reporter and you need to talk about your life, and I really struggled with that on the show. Now I am the story.

What have you learned in sharing your family on social?
I realized very quickly that viewers wanted to see my family—they were not interested in posts about the show (laughs). People wanted to see my life outside of the show. And the more real I am on these posts, the more they like it. 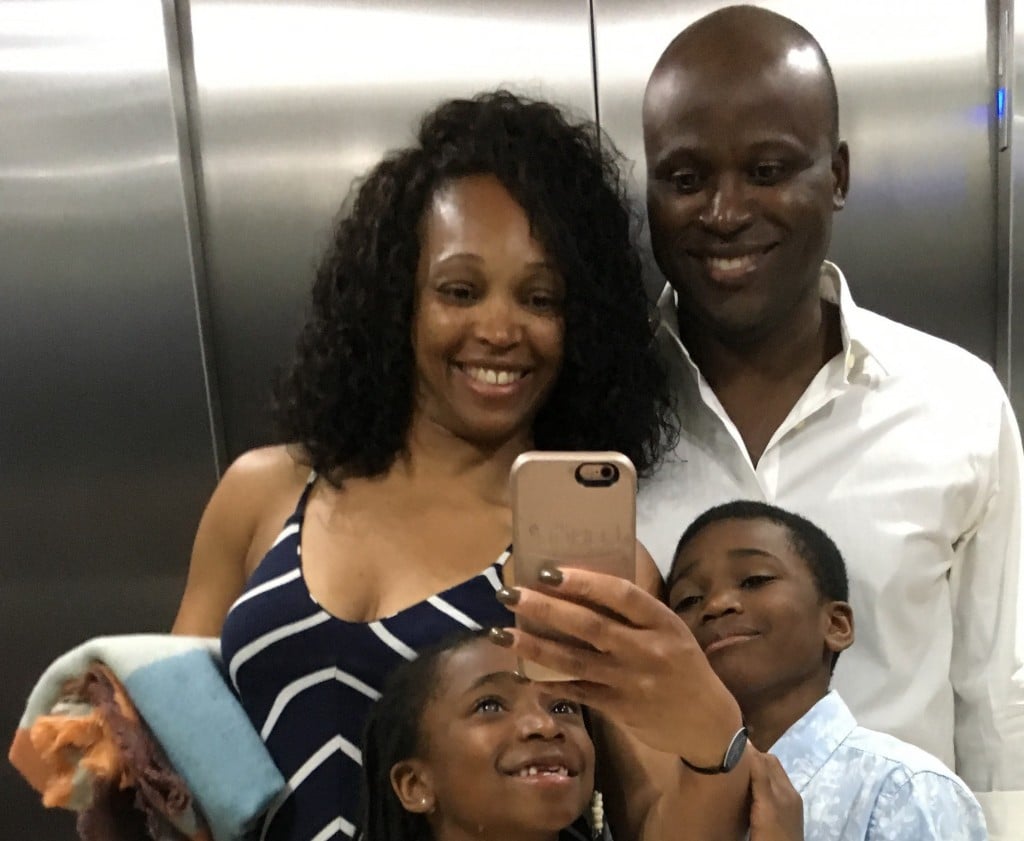 What kind of posts do your followers love most?
They really like vacations, they love milestones (birthdays, anniversaries, losing a tooth, family celebrations). Anything that’s a life moment, maybe because people can see their own lives in that? And it’s like looking in a mirror and celebrating that again—and it’s true because I like that on other peoples’ accounts too! I don’t even know your kid, but happy seventh birthday!

Do you feel a sense of community with these strangers? How does it feel when they comment on photos of your kids? Or when they approach you in person?
I do feel community! It’s weird because on-screen, it’s very comfortable. When we go out in real life, there’s a moment where I feel like I have to shift gears and understand it doesn’t just live on the screen.

What do you mean, like when you see people out when you’re with your kids and strangers approach?
Yes, and they know my kids. That’s weird. And I think to myself, OK, I never say the name of the school and I never say where we’re going roller skating and what days we go, and I’ll never say what neighbourhood I live in. I’ve had to say to the kids, “When someone calls out your name, it’s because they might know you, but not know you. So don’t feel a level of comfort with them—they only know you from what I put out there.”

They’re old enough to get that?
They’re starting to understand. They’ve asked me if I’m famous. They don’t understand why we’re at No Frills or on vacation and I seem to talk to people a lot and people want pictures with me. Kids are kind of crazy about fame these days and I don’t want them to get all caught up in thinking it’s all good. I tell them it’s not all good actually—we’ll go to the park sometimes and I’ll leave you on the swing to take a picture with somebody and that’s annoying. So I have to take a moment every time someone calls out my kids’ names or asks if my kids can be in the picture and I’ll say no. And I know it’s weird because my kids’ pictures are everywhere, but …

No, but that belongs to you. You’re making the choice to put that out there. So what do you say when strangers ask to take pictures with your kids?
I just say no. Every time.

As your kids are growing up, how will you change how and what you share?
I think about how my kids will feel about how they’re portrayed on my page because a lot of their friends’ parents watch the show or follow me on Instagram and I don’t ever want them to be embarrassed by something I’ve written about them. So right now I get approval from them on pictures, mostly from my boy, Sydney, who’s eight. He’s getting older, his friends might start making fun of it. I don’t want that to make him a target. I don’t want his friends mocking him because they saw on Instagram that he lost another tooth, or I posted their letters to Santa. I’ll likely have to give up most of my posts about them soon. I don’t know when the cut off will be but I’m pretty sure he’ll let me know. I can feel it coming. It’s imminent.

Are your kids motivated by the number of likes your posts get?
We started a YouTube channel for Sydney, we posted one video and then we stopped. He wanted me to check every single week what his subscribers were. I told him: “We are not starting on your analytics online so you can have your self-esteem in the toilet by the time you get to high school, are you kidding me?” How do you manage this? How do we put our kids in a tech world and have them understand the significance or the non-significance of people engaging with them? It’s hard for grown-ups! I see what’s happened to my brain—I feel like my brain has been fried. I read books to get away from it, but I’ll stop after an hour and check my phone. Why?

Do your kids call you on it—if you’re on your phone too much?
Yes, and I feel crappy when it happens. Even if it’s important for brand building and the show, I still feel crappy about it. And I feel like a hypocrite because my kids aren’t allowed on technology during the week, so we’re like pioneers here. It’s a weird world—but they would be fried if they were as invested as I am.

Have you had any blowback or really negative feedback on social media?
There are some rules I follow: I rarely put up pictures of my kids in the car because people will either call me out about using my phone in the car or not belting the car seats properly. I also make sure I juggle between pics of my family and pics of me going out to events because god forbid it looks like I’m working too hard or going out too much. I did have one woman comment that if I’m out all the time then how can I be watching my kids? I’m constantly thinking about being called out as a woman that’s too busy and not mom enough.

From a political standpoint I have to be careful. I got blowback on a Black Lives Matter post—I posted a picture of a mom holding her son and on the back of his shirt it said DON’T SHOOT and people were like, “How dare you? As a talk show host, how dare you?” How dare I? I’m a black mother. I am devastated and worried about my children—how dare I? How dare you tell me I can’t speak on this? People generally want happy, light Tracy. Don’t think too much, don’t get too political, don’t get divisive. I’ve noticed that.

You know your limits around revealing too much about your kids, balance in terms of your brand, but you do feel any outside pressure?
No. When you work for a network or a company, you’re an employee, but I feel like with my social media, I get to drive the bus. And I like that. And I’m not putting out anything that’s not really happening. I would never do that. But I decide what story I want to tell week to week, which part of my life I feel like sharing on any given day. I love that. It’s like my blog. There are people who vomit it all out there regardless of what’s happening and I would be so regretful if I did that.

How does your husband Lio feel about it all?
He’s gone through his own evolution. In the beginning he just thought social media was frivolous. Now he understands it as a brand builder. He’s not as comfortable with it as I am, but he definitely understands it and supports it. Though I won’t do Instagram stories at home—I keep them to events and work. I think he finds comfort in the curation of Instagram, but with Insta stories it could be me and the kids at dinnertime and he’s not ok with that. And I think that’s fair. Sometimes I ask him if I should post a certain picture and he’ll choose one he likes better. Every once in awhile he’ll tell me he doesn’t like my Outfit of the Day! He’s usually my gut check for me—if I’m not sure about posting something, I’ll run it by him.

For both of us, if I was a welder and he was an engineer, there’s no way we’d be on it. I’d walk away from it in a heartbeat—it’s just the industry we work in right now. But it’s a major investment in time that I could be putting somewhere else. It feels creative sometimes, but then I think maybe I could be writing better things—like a book—than multiple captions a day.

You’ve been driving the #CityLineReal campaign since 2015, talking about body image, hosting the show with no makeup, being honest about the work it takes to look a certain way. Why is it so important to you?
I imagine a lot of our viewers are just like me. I’m getting so sick of seeing perfect bodies, faces and lives on Instagram. I’m done. I want to see cellulite, a bad day, a baby tantrum and a chipped nail. We are all different and all working on our own journey. Can some of our struggle please be reflected back to us? That’s what I need more of.