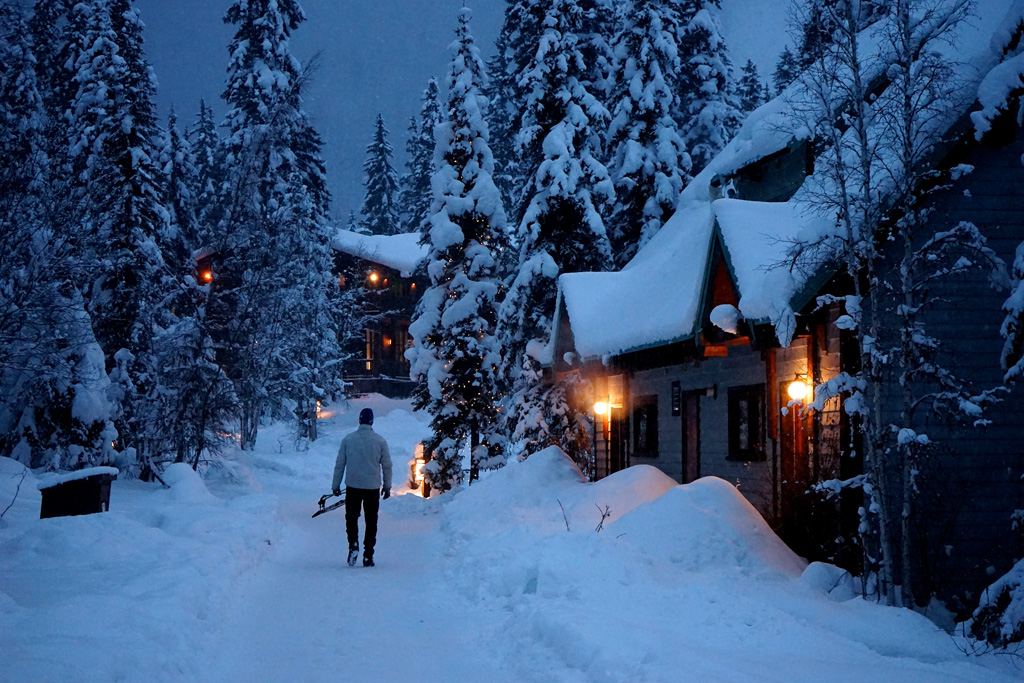 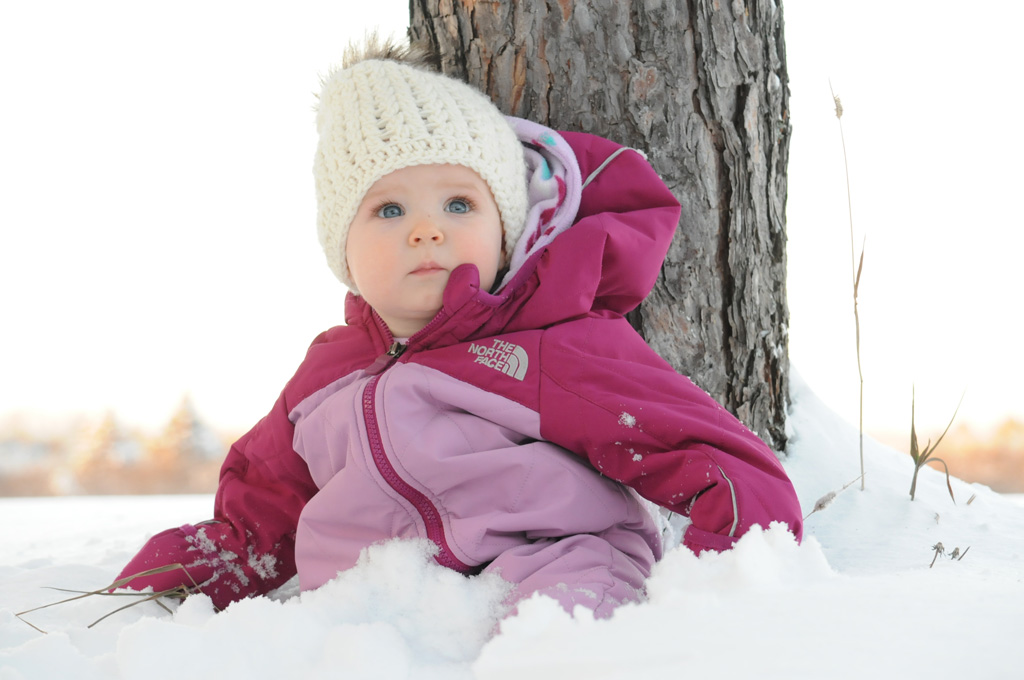 Her name is Molly Madonna Ramsay. She was 9 months old when the photo was taken. She was visiting her grandparents in Bathurst NB. Molly’s mother asked me if I would take a picture of her in the snow. It was bitter cold outside and the sun was sinking low in the sky, but the light was superb. We bundled her up and took her out into the back yard. Her father propped her up against a tree and she just sat there and looked at us. I threw myself down on my belly in the snow to snap the picture. Unfortunately I forgot I had a second dslr camera slung across my side. It got totally covered in snow, but I swallowed my panic and snapped a few quick shots. Due to the bitter cold and the snow covered camera, we quickly returned to the house. I didn’t know what I had until I got home and reviewed the photos. Luckily, Molly turned out perfect.(A totally unbiased opinion of a very proud great aunt.)

I took this photo in the wee hours of morning at Emerald Lake Lodge in Yoho National Park.
We were making our way — past pillows of snow lit warmly by lodge lights — to cross country ski around the frozen lake before a family breakfast.
There is nothing like the blue-grey light of an early winter morning in the Canadian Rockies.