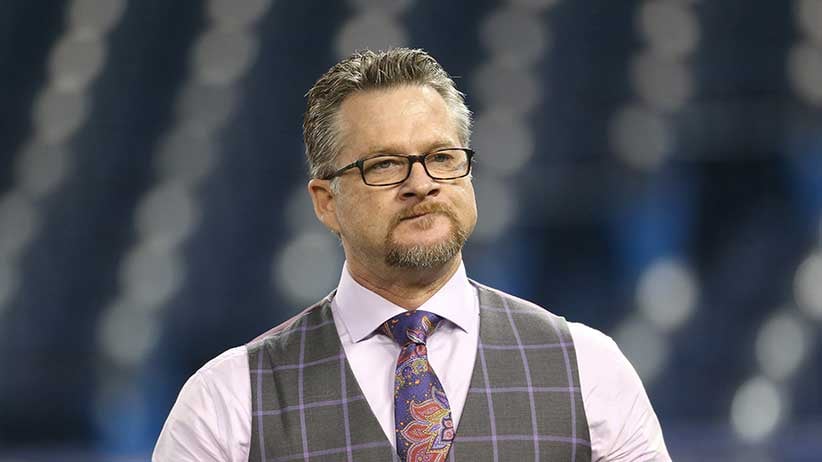 Gregg Zaun, retired Jays catcher and Sportsnet commentator, was fired on Thursday over an allegation of inappropriate behaviour.

In a statement Rick Brace, the president of Rogers Media, which owns Sportsnet and Maclean’s, said the company received complaints from multiple female employees at Sportsnet this week regarding inappropriate behaviour and comments by Zaun in the workplace. There were no allegations of physical or sexual assault.

“After investigating the matter, we decided to terminate his contract, effective immediately,” Brace said in the statement. “This type of behaviour completely contradicts our standards and our core values. We believe in a professional workplace where all employees feel comfortable and respected. We are grateful to our employees who spoke with us and we will take every measure to protect their privacy.”

Zaun is the one of first high-profile Canadians to be felled in what has been called ‘The Reckoning’—a flood of firings over inappropriate behaviour, sexual harassment and assault in the wake of allegations against film mogul Harvey Weinstein, first revealed in the New York Times and the New Yorker magazine.

In Canada a number of male personalities have been accused of sexual harassment in the workplace post-Weinstein. In October Quebec radio star Éric Salvail went on indefinite leave after several employees at his production company accused him of making sexual propositions towards them and exposing himself. The founder of Montreal’s Just For Laughs comedy festival, Gilbert Rozon, resigned after a number of women accused him of assault, among them high-profile Quebec entertainer Julie Snyder, who said Rozon attacked her.

Zaun played for the Jays from 2004 to 2008. After retiring from baseball in 2011 he joined Sportsnet where he worked as an on-air host alongside Sportsnet’s Jamie Campbell.

Zaun’s dismissal was announced at 6:30 pm on Thursday when Prime Time Sports host Bob McCowan read a prepared statement on air from Brace.

Maclean’s could not reach Zaun for comment but will update the story if he responds.