The critter emerged one winter from someone’s imagination. We think we know whose. 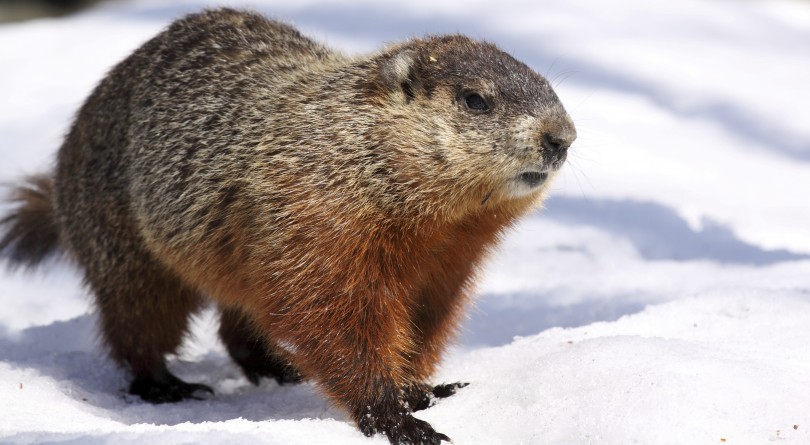 This groundhog is not Brandon Bob, who doesn’t exist, and who, if he did exist, wouldn’t be able to tell you anything about winter’s end. (Karlumbriaco/iStock)

A few years into his gig hosting morning radio in Brandon, Man., Tyler Glen scanned news reports to see what predictions groundhogs like Wiarton Willie and Punxsutawney Phil had made. It was Feb. 2, and Canadian web stories and even a few international ones mused that morn about whether Prairie prognosticators Balzac Billy and Brandon Bob had seen their shadows—supposedly a sign of six more weeks of winter.

“I’m like, is that Brandon, Manitoba? Where are they hearing this?” Glen recalls. There are cities named Brandon in South Dakota and Mississippi, but, nope, these articles referred to a groundhog in Manitoba’s second-largest city. Glen had never heard of Brandon Bob, despite growing up in the area. He called around to ask who was behind this critter: the mayor, the visitor’s bureau, other local in-the-knows. Nobody knew about Brandon Bob. Yet Glen kept reading about him, year after year.

The Groundhog Day rituals that constitute many a small community’s claim to fame are deﬁned by hokum. While the creature is supposed to emerge from a burrow, the albino rodent in Wiarton, Ont., reveals his verdict from an onstage Plexiglas cage. Shubenacadie Sam in Nova Scotia winters in a heated home. Balzac Billy is actually somebody in a ground squirrel mascot suit who attends a Calgary-area garden centre’s February pancake breakfast. If it’s sunny enough in Billy’s namesake hamlet to cast a shadow, he emerges with sunglasses and thumbs pointed downward.

READ: Canada can still save these animals—but the odds are long

Brandon Bob is phonier than them all. He doesn’t exist—a fact that has long vexed locals. The city’s daily newspaper has investigated, checked archives, asked a historian and come up with nothing. Maclean’s asked former mayors who had no clue. But for more than 25 years, Bob has lived in hundreds of news articles and web search results. Last year, he was name-checked in B.C.’s Delta Optimist, the Halifax Chronicle Herald, the U.S. Weather Channel and CapeCod.com. He’s repeatedly made the Globe and Mail and CBC. In years past, outlets appear to have determined whether Bob saw his shadow based on cloud-cover forecasts for Brandon. He’s in Wikipedia and the Canadian Encyclopedia.

Glen has urged civic leaders to properly create a Brandon Bob and capitalize on the publicity; maybe a cheery pancake breakfast in the dead of winter. But there’s been no uptake. “I’m not convinced pretending that a large rodent can forecast the weather is the best way to advertise ourselves and our community,” Brandon Sun editor Matt Goerzen wrote in a column last February, “but it does seem passing strange to me that we continue to be known for a character who does not now nor has ever existed.”

Some years, Glen’s Star FM station gets queries from out-of-province journalists about Bob and his shadow. Lately, he’s produced an answer: one year he posted a YouTube video featuring a stuffed dog with a chipmunky voice; another time, he did a morning-show bit with an in-studio hamster he borrowed from a listener.

So where did the Brandon Bob idea—myth, rumour, fable—come from?

The ﬁrst newspaper mentions of a Brandon Bob came in a 1992 Globe and Mail column and a 1994 wire service fact box. Each referenced items written by Environment Canada climatologist David Phillips: a Canadian Geographic column and his 1993 book of weather facts, The Day Niagara Falls Ran Dry. In the book’s chapter on Groundhog Day, adapted from the earlier column, Phillips notes that the Feb. 2 myth from Europe and the United States travels poorly to colder Canada, where winter’s not near over by early February. Wiarton Willie wouldn’t normally come out of southern Ontario hibernation until mid-March. “Brandon Bob of Manitoba sleeps till late March or early April,” Phillips adds in the book. At the request of Maclean’s, the venerable climatologist recently hauled his ﬁles out of storage and found no mention of Brandon Bob in his notes until the book’s ﬁnal drafts. He reckons he invented Bob as a hypothetical character, perhaps after being interviewed by a Winnipeg reporter. “It could very well have just been made up on the spot, to illustrate something,” he says. Phillips pauses to ponder his inadvertent creation. “Brandon Bob—it doesn’t sound clever enough, though, to be real. It sounds like something flipping off the top of your head.” Still, it sounded plausibly cheesy enough to get sucked into the annual lighter-side news cycle.

Glen should take heart in his local-booster ambitions. Brandon Bob wouldn’t be the only celebrity groundhog with a flukey origin story. According to Wiarton lore, in 1957, one sociable local organized a Groundhog Day party at the local bar, and a Toronto Star photographer showed up. The journo was upset to ﬁnd no shadow-spotting hoopla, and no picture to justify his expenses, so the local dug a hole in the snow, tossed in a groundhog-like fur hat and staged a photo. The next Feb. 2, media flocked to the Bruce Peninsula town, where townsfolk did something similar. They added a live groundhog decades later.

Non-existence, alas, has prevented Brandon Bob from predicting spring’s arrival, despite media discussing him for nearly three decades. He’s the most vaporously made-up thing about a made-up ritual in a country where the timing of Groundhog Day is all wrong. Yet there’s one radio man in western Manitoba who believes in Bob, and at this chilly time of year, sometimes a little faith is all one needs.