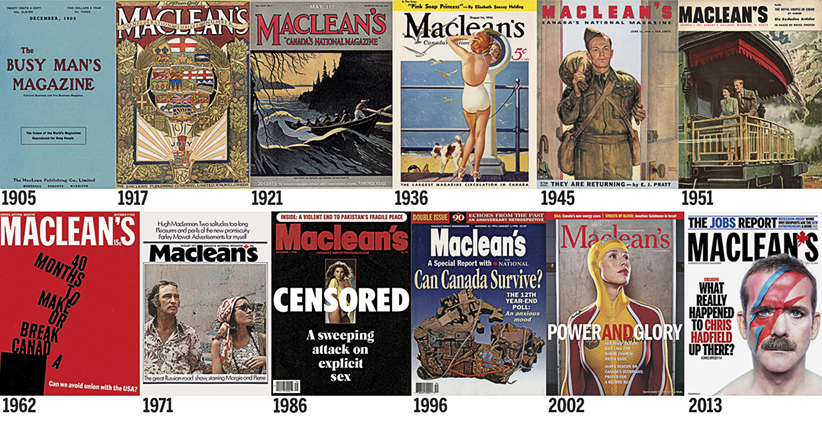 The year after Canada’s 10th national election, in the full flush of Laurier-era optimism, businessman—and patriot—Lt.-Col. John Bayne Maclean gave his new publication a high-minded mandate: Maclean’s was to “not merely entertain, but also to inspire the readers.” In the 110 years since, Maclean’s has not only adapted and survived, but thrived.

Originally called The Business Magazine, then The Busy Man’s Magazine, the monthly first rolled off the presses in 1905, just weeks after Alberta and Saskatchewan joined Confederation. It started as a compilation of news gathered from around the world, in a time and place dominated by American titles. But Maclean quickly realized his magazine could showcase a uniquely Canadian perspective. “Let us work together, publisher, advertiser and reader, and it will soon appear that the land can turn out magazines as good as the rest,” he proclaimed.

As Canada grew in stature and confidence, so did its national magazine.

The name switched to Maclean’s while its pages were packed with Canadian novelists and poets, including Stephen Leacock, Robert Service and Lucy Maud Montgomery. The exclusive fiction mixed with headline-grabbing news stories, such as suffragette Emily Murphy on the perils of illegal drugs. Some of the country’s greatest journalists—June Callwood, Pierre Berton, Peter Gzowski, Robert Fulford, Ralph Allen—pounded out copy that saw the world through Canadian eyes and displayed Canada back to the world. Along the way, the magazine introduced words into the English language, including sasquatch and allophone.

In 1978, editor Peter C. Newman made permanent the gradual turn to a news magazine by reinventing Maclean’s as a weekly.

Now, for Canada’s 42nd election, Maclean’s has transformed itself again, this time into an election daily, all the while publishing a weekly issue, as well as features for this website and other digital platforms. Like the nation it reflects, the magazine continues to flourish in the 21st century. 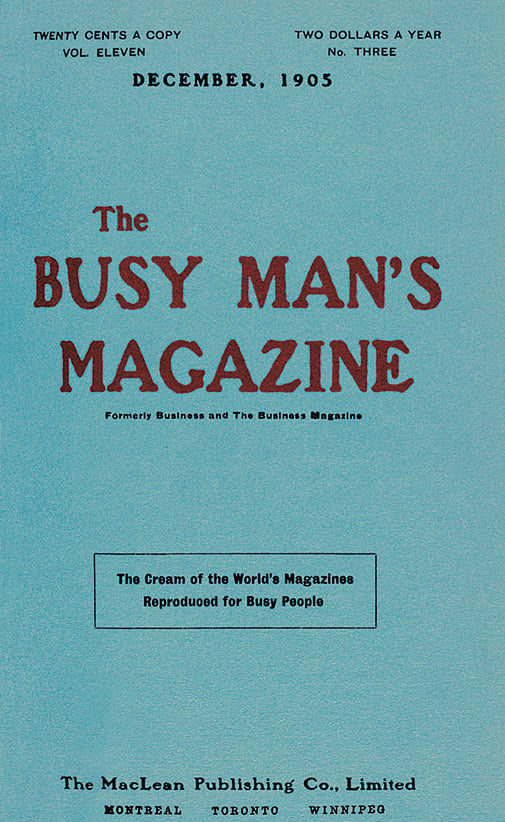