The full text of a family's remembrance of Robert Hall, killed by militants in the Philippines 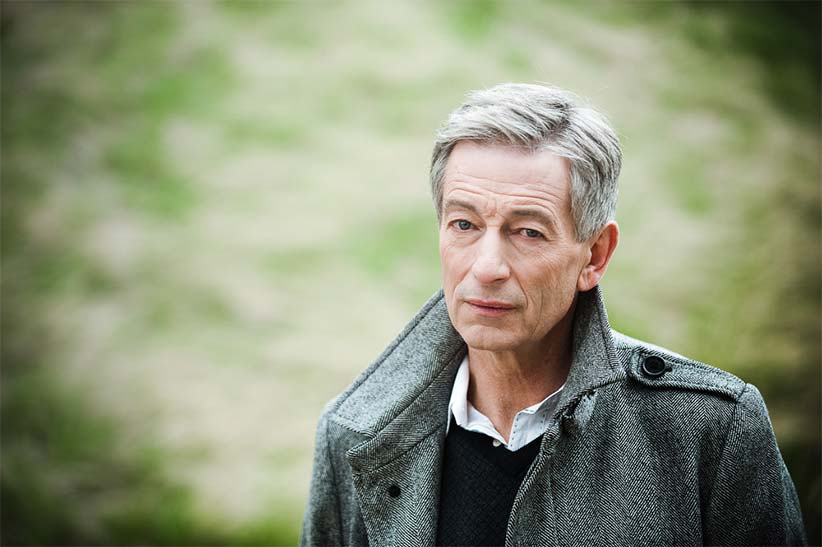 On Monday, Canadian Robert Hall, 66, was killed by Abu Sayyaf militants in the southern Philippines after being held hostage for months. On Tuesday, his family released the following statement to remember a man who was both a dreamer and an achiever:

Robert Ward Hall was a self-made man, in the truest sense of the word. He worked his entire life and honed his many talents in the pursuit of a life for his family, far removed from the hardships of his own youth. He owned and operated many small businesses in his life, from a small engine repair shop to a fresh pizza stand. He spent 25 years building his custom welding and fabrication business, which specialized in a variety of projects from custom truck decks to highly delicate aircraft repair. After retirement, he would use his years of experience, many technical and artistic skills, and engineer’s mind to become a consultant. But his real passions were lived outside of his businesses. A romantic to the very core, Robert believed in controlling his own destiny, and that hard work and a desire to succeed were the two main ingredients to any successful endeavour. He has been described as a “dreamer”, which he certainly was, but more than that he was an achiever. He didn’t sit around and dream about sailing the world; he got up and did it, made it happen. Robert was a race car driver, and as a young man he built and raced his own cars. He was a pilot, and took every opportunity to fly. Through the years we did many cross country trips to visit family, and most were done with him as the pilot. Robert was an athlete; an undersized two way high school football player, a championship wrestler, a hockey player, and above all he loved the beautiful game. Later in life he would discover archery, fencing, and sailing. He was a coach; coaching a variety of soccer and hockey teams throughout his life, including a soccer team in the Philippines.

When he moved out west, choosing to live on his boat and pursue part time acting jobs it became clear; he was only a marlin trophy away from the full Hemingway. He started another small business, a custom carpentry and home renovation/repair business. It was successful, and he had more projects than he had time to do them. His business card said simply “Any Damn Thing”. Which is Robert in a nutshell, any damn thing you wanted built, fixed, serviced, repaired, redesigned, altered, simplified, or reproduced, he could do it.

Through his consulting, Robert travelled the world; from Chile to China, Australia, and Thailand. It was on one of these trips that he discovered the Philippines. He was resolved to live there, to sail across the Pacific, with or without company, and make his home in what he called his paradise on earth. His great adventure, which he undertook with a single-minded determination, had its setbacks. Undaunted, in the fall of 2014, he set sail with his brother across the great unknown. In Hawaii, he found another setting that he was resolved to see more of, and after a brief stay, he again set sail; this time alone, across the Pacific. He loved everything about the Philippines. The people, he said, are warm and gracious. He took an active interest in his community and his neighbors, and coached a local soccer team. The port city of Davao, where he lived, was renowned for being one of the safest places in South East Asia. With its mild weather, friendly people and in the company of other expats, he knew that he had found his home.

More importantly than the things he did, is the way he lived his life and the manner in which he impacted the people who knew him. He believed in right and wrong, in doing the right thing even when it was difficult or no one was watching, and in helping people who couldn’t otherwise help themselves. Robert believed in telling the truth, no matter what. He was rooted in the philosophies of responsibility, integrity, and respect. He instilled in his family that anything worth doing was worth doing right the first time, that shortcuts in life never pan out and that the question is more important than the answer. Robert believed in knowing your self-worth, and in never settling for less. He was a volunteer, a philanthropist, a coach, and a teacher. Robert Hall was a son, a brother, a father and a grandfather. He was a true friend to those he held close, and a mentor to those who needed guidance. He was friendly and open, always up for a spirited conversation about anything and everything. He lived with the idea that you only had so much time, “only so many heartbeats” as he put it, and it was important to do as much living as possible while you could.

All those who knew him were indelibly touched by his passing, and surely are seeking some sort of explanation in order to help make sense of such an unreasonable situation. Please know that the efforts taken to free Robert were vast and exhaustive. Every option was considered, every contact was sought. Ultimately, our efforts, and those of the various governmental agencies involved, weren’t enough. However; our family, even in our darkest hour, agrees wholeheartedly with Canada’s policy of not paying ransom to those who would seek to undermine the fundamental values with which my father lived his life. We stand with the ideals that built this Country; strength of character, resilience of spirit, and refusal to succumb to the demands of the wretched, in order to satisfy the bloodlust of the weak.

Robert will continue to live on in our hearts and minds, in our memories, in our children, and in the very manner in which we live our lives. Don’t forget him. And don’t forget about the other families who continue to suffer through these circumstances. To the Ridsdels, the Sekkingstads and the Flors; we stand with you in your time of grief and struggle, as your loved one stood with our Robert.

Undoubtedly, there is now curiosity and interest in Robert and his life. But you’ll forgive us for staying away from the media. We ask that all media refrain from contacting any members of the family, and to please respect our privacy as we do our best to come to terms with this unspeakable tragedy.

FILED UNDER: Editor's Picks FOR THE RECORD Robert Hall